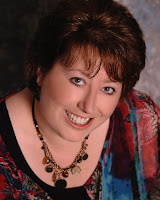 Please join me in welcoming Robin Kaye, author of Too Hot to Handle to Peeking Between the Pages today~thanks so much Robin for a wonderful book and for being here. I had the pleasure of reading and reviewing her latest novel just yesterday and you can read that review here. It’s a fun and light and perfect for a summery beach read! Robin also said that she has another one in the works~Breakfast in Bed~ooh-la-la, I can’t wait. Now settle in and read this great guest post Robin wrote entitled, ‘How I Write Characters’…
Everyone wants to know how I come up with my characters, and honestly, I wish I knew. For the most part, scenes pop into my head and the characters are already there. I know them and they’re almost real to me. I know, it sounds as if I need therapy. When I’m deep into writing a book, I find myself talking about the characters to friends, and it takes them an embarrassingly long while to figure out that I’m not talking about real people. These are fictional characters.

I’ll never forget when Dr. Mike Flynn, the hero of Too Hot To Handle popped into my head. I was writing a scene in Romeo, Romeo—it was a phone call between the hero Nick and his Mike, his best friend, who was supposed to be a little secondary character. By the end of that conversation, I’d fallen head over heels in love with Mike, and I knew I had the hero for my second book. I knew everything there was to know about him. I knew which deodorant he wore, that he didn’t have time to date, that he worked his way through college and medical school, that he fought to get into the best schools, get scholarships, the best residency, the best fellowship, and buy into the best practice. His spare time (what there was of it) he spent catching up with his friends and would always meet Nick’s girlfriends who would then run to him for solace after Nick dumped them.

With Annabelle Ronaldi, the heroine of Too Hot To Handle, it was a bit more difficult. Annabelle and her sister had a complicated relationship in Romeo, Romeo—that’s the way it is with sisters in my experience—a woman can be nasty to her sister and wonderful to the rest of the world. It’s all about the family baggage. So when I was writing Annabelle in Romeo, Romeo, I kept wondering why she was acting the way she was. There was a back story there that I had to dig out. Who knew she’d been compared to Rosalie all her life and found lacking, or that she’d had a whole other life in Philadelphia her family never knew about? The woman was strong and wounded, but most of all, she was emotionally shut down.

Now some characters in my books are amalgams of people I know. Aunt Rose, the smart-mouth old psychic aunt is a little like a great aunt of mine. She was the one who used to walk behind me at the dinning room table and give me a smack upside the head if I said something she didn’t approve of. When she was off her chair, I automatically leaned forward hoping I was out of the line of fire. She had a sharp tongue, was always quick with a comeback, seemed to know everything, never seemed surprised when odd things happened, and she commanded respect. She was one of those strong women everyone feared just a little bit—we called her the Colonel behind her back. I always wondered if she was psychic so, in my character, I mixed her personality traits with a psychic friend of my mother’s who ratted me out to my mother for years before I ever met her. Don’t worry, I made sure she’d do the same for me with my kids, but at least I’m nice enough to warn them about her.

Some characters, like Vinny, the father figure to all my heroes, is someone I always wished I knew. He has everything I love about men like him, a good family man, with a deep sense of loyalty, and a slightly twisted understanding of men and women. He has an unschooled wisdom I find fascinating. He’s funny, shallow and deep all at the same time, and he’s so much more than you’d think if you were ever to meet him.

Then there are characters like Becca, our heroine’s best friend. She’s an amalgam of several women who I knew when I lived on the Main Line of Philadelphia. She’s a strong, reluctant debutante who seems to have the perfect family, wealth, good looks, talent, even a great personality, but she is very insecure in one or two areas of her life. For Becca, she can tell everyone what’s wrong with his or her life, and she’s usually right, but she has no idea what is missing in hers. She finds things such as romantic relationships to be difficult, so she avoids them like the plague.

I love writing romance because I’m fascinated by people. I want to know why a person is the person he or she is when we meet him or her in the beginning of the book. I also want to see how finding the right man or woman can open people up, bring them joy they never imagined, and make them better people than they would be alone.

What do you look for in characters and in romances?

__________
ABOUT THE BOOK:
He sure would love to have someone to take care of…
Dr. Mike Flynn’s single mom taught him early how to cook and clean, and there’s nothing like vacuuming or doing dishes to help a guy relax. Annabelle Ronaldi is an artist without a domestic bone in her body. Since her fiance’s death, she can’t paint, and life looks hopeless.
Until the day after her sister’s wedding, when she wakes up with Mike next to her in bed, and then she’s really beside herself – because the handsome stranger is a dead ringer for her dead fiance.
After their mind-blowing one night stand, Mike is sure this is the woman he wants to take care of forever, but she acts like she’s seen a ghost. While Mike sets to work wooing Annabelle, she sets to work sniffing out the truth of the convoluted family secret that turns everybody’s lives upside down.
__________
ABOUT THE AUTHOR:
Robin Kaye was born in Brooklyn, New York, and grew up in the shadow of the Brooklyn Bridge next door to her Sicilian grandparents.
Living with an extended family that’s a cross between Gilligan’s Island and The Sopranos, minus the desert isle and illegal activities, explains both her comedic timing and the cast of quirky characters in her books.
She’s lived in half a dozen states from Idaho to Florida, but the romance of Brooklyn has never left her heart.
She currently resides in Maryland with her husband, three children, two dogs, and a three-legged cat with attitude.
__________
GIVEAWAY:
I am going to share my gently read paperback copies of Too Hot to Handle and Robin’s first novel about the Ronaldi family entitled Romeo, Romeo with one lucky reader. Here’s what I need from you…

The giveaway is open internationally and I will draw for the winner on Thursday, May 14, 2009. Good luck everyone!