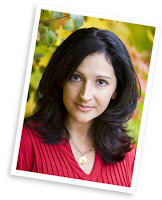 Good evening everyone, I’ve decided to put my hardback copy of The Last Will of Moira Leahy up for grabs – open to all my readers! I reviewed this book the other day and you can peek at my review here. I really enjoyed the book and I hope others will too.

Here’s a bit about the book:

Maeve was the fun loving twin; Moira was the quiet twin. Eventually, young love began changing Moira when they were 16 years old. But then tragedy struck. After Moira’s death, Maeve became more like her—quieter, more orderly, even boring.

After a decade of being a shadow of herself, Maeve wins a keris or Japanese dagger that reminds her of her childhood playing pirates with Moira. Not long after she finds her life plunged into chaos: anonymous notes, travel to Rome, and a strange riddle with roots in the past to unravel. Is Maeve’s adventure a gift to jolt her out of her routine existence or a punishment manipulated by a twin from beyond the grave?

She started out writing bits and pieces for Prevention Magazine then becoming a freelancer after her children were born. She also dipped her foot into fiction writing with stories for her two children. Eventually she began her novel and co-founded Writer Unboxed, a blog for writers about the craft and business of genre fiction.

Therese also indulges in a Haiku obsession. You can view a few here. When she isn’t writing, Therese feasts on dark chocolate to help her keep up with the boundless energy of her husband, two children and insane Jack Russell dog.

I have one hardback copy of The Last Will of Moira Leahy by Therese Walsh up for grabs (this is my extremely gently read copy). What do you need to do to enter…

This giveaway will be open to all my readers everywhere and I’ll draw for the winner on Saturday, November 14, 2009. Good luck to you all!

AMENDMENT: I received an email from Therese Walsh, the author of The Last Will of Moira Leahy offering up an additional copy of her novel which is so very generous of her. So there will one more brand new copy up for grabs coming from the publisher, therefore open to US & Canada only (no PO boxes). Good luck to all!