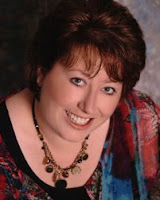 I’m pleased today to welcome Robin Kaye, the author of Breakfast in Bed, her newest book out! back to Peeking Between the Pages. I’ve been lucky enough to read the first two books in this great contemporary romance series: Romeo, Romeo and Too Hot to Handle and enjoyed them immensely. They all center around the Ronaldi family and they’re funny, full of hanky panky and just a great way to spend the afternoon. I look forward to reading this one of her’s as well. In the meantime, let’s sit back and relax and see what Robin has to say in regards to the question – Does she know any Domestic Gods?…

A queston I get asked a lot about my series is if I know any Domestic Gods—men who cook and clean and take out the trash and LIKE doing it (and they just so happen to be the heroes of my books!)… Of course I know real Domestic Gods, heck, I’m married to one. Some of the things he does show up in my books. He’s my own personal hero, but he’s definitely not a hero in any of my books.

My husband is a passable cook, cleans like nobody’s business, does the laundry, takes great care of the kids, and can build/remodel a house, a football stadium, or anything in between. I have to admit he looks just as good in an apron as he does in a hardhat and tool belt.

There was one scene in Romeo, Romeo when Rosalie awoke to find Nick lifting her couch to vacuum under it. That came from real life. When my husband and I were dating, he lived 60 miles away, so under the watchful eye of my mother, he would spend every weekend at my house sleeping on the couch. Saturdays were my cleaning days and Stephen would always help. Okay, I’d help him since he did a much better job than I ever would. One day my mother and I walked into the living room and caught him holding up our huge couch with one hand while vacuuming under it. My mother turned to me and said, “Marry him.” So I did.

A few years later, my mother, a marriage and family therapist, met George, another Domestic God. He would invite himself over to fix things around her house, cook her dinner, and generally made himself indispensable. They fell in love and my mom took her own advice and married George. He does all the cooking, cleaning, and laundry, and is her part-time secretary at the office. Needless to say, she’s a very happy woman.

In Breakfast in Bed, the third book in my Domestic Gods series, coming out in December, Rich Ronaldi, the hero, is the anti-Domestic God. He’s the only son of a very Italian family and is the prince his mother raised him to be. When his girlfriend dumps him because he’s not marriage material, he takes a page from his brother-in-laws’ books and decides to become a Domestic God to win her back. All he needs is a coach.

When by some fluke, Becca and Rich sublet the same apartment, the two find themselves fighting over who is the rightful tenant. Rich offers to let Becca and her three-legged killer cat stay for a few months until her brownstone apartment is remodeled on one condition: She has to coach him on becoming more domestic. Becca accepts the deal figuring that she could live with anyone for a couple months and since Rich is so interested in learning, she’d get out of cooking and cleaning for as long as it lasts. All she has to do is put up with Rich Ronaldi who has three post-secondary degrees and can’t figure out how to cook a grilled cheese sandwich. He’s cocky, arrogant, and too good-looking for words, and worse, he’s completely adorable every time he makes a fool of himself. It’s a good thing Becca doesn’t like him, because she thinks a man like him should come with a warning sign. Danger!

All but one of Rich’s foibles came from real life. The only one that didn’t took some research on my part. I called a friend who trains Maytag Repair Men to ask how to start a fire in the drier. He just laughed at me and told me that most people try to avoid that but since we’ve been best friends since I was 15, he wasn’t surprised. He gave me several possibilities and one was perfect! Now you have to read the book to find out exactly what happened. And let me tell you, the dryer fire was nothing compared to the sparks flying between Rich and Becca.

So, do you know any Domestic Gods? I’ll be checking in to hear your fabulous stories in the comments!

Rich, the epitome of “anti-domestic,” can’t cook to save his life, and his idea of cleaning his apartment is to invite his mother over. But he’s ready to settle down, and he can’t stop thinking about the ex-girlfriend who got away. When he notices that his soon-to-be-married friends cooked and cleaned their way into their women’s hearts, he asks his friend Becca to help transform him into a nurturing man to win back his ex.

Rich is the only guy who’s taken the time to know Becca for herself. She decides she’ll give him the makeover he’s asking for, though she’ll be damned if she’s going to turn him into a domestic god for another woman. She wants Rich for herself, but how can she convince him that her kitchen and her bedroom are the only domestic locales he desires?

Thanks so much Robin for this terrific guest post! I could sure use one of those wonderful Domestic Gods!

I have 2 copies of Breakfast in Bed by Robin Kaye courtesy of Danielle at Sourcebooks to share with my readers! To enter…

This giveaway is open to US & Canadian residents only (no PO boxes) and I’ll be drawing for the winners on Sunday, February 7, 2010. Good luck to you all!