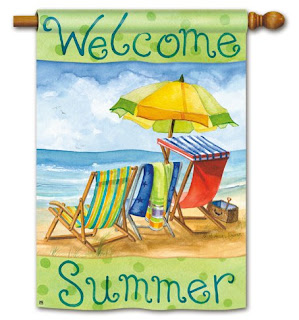 Good morning everyone. It’s a beautiful morning here so far and I’m only hoping it stays that way. We were finally able to plant the garden and our pots of flowers are starting to bloom. We had to hide them in the garage during the snow.

Buddy is still holding his own. Since that really bad day a week and a half ago he’s been pretty good. Still very fussy about eating and I’m going to check in with the vet this week on what else I can feed the little guy other than rice. He picks it off my hand and then proceeds to spit it out on the floor. Not very productive at all. The vet is waiting a few more weeks and then he’s going to redo the test we did a few weeks ago to ensure that there really is a problem with his adrenal gland. Other than that I’m doing what I can and that’s just keeping him comfy and happy and praying everyday he stays stable and by my side. Here’s a couple of pictures I took of him yesterday out of his standard pose but that was only because he was sleeping. lol. 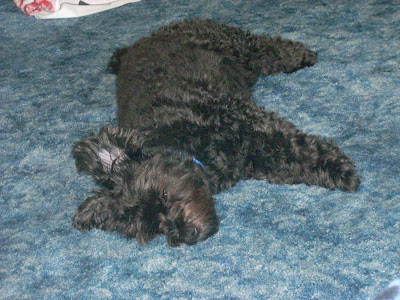 Doesn’t he just look like an angel when he’s sleeping like this with his eyes barely open even though he’s trying his hardest not to sleep. You might miss something going on if you actually have a nap. 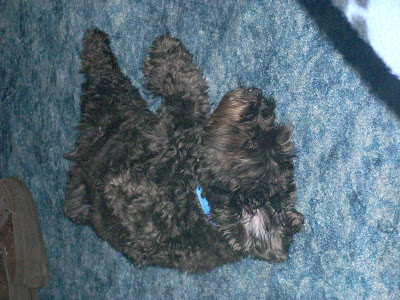 I’m not sure if you can tell in this picture but he’s laying on his back with his paw paws in the air. He looks so sweet when he sleeps like this.

As for reading, Becky from One Literature Nut and I have been reading The Hunger Games by Suzanne Collins and last night we had a bit of a chat about it. We are both enjoying it but both agreed that we weren’t quite as excited as others have been but I think that was only about the first quarter of the book or so because I’ve found now that it has really picked up for me and I don’t want to put it down so I’m beginning to now really see where the enthusiasm for the books come from. Look for my reviews of both sometime this week.

We talked about the dystopian angle and the future of the world. Reading this type of novel always makes me wonder about the future of our world – what will it bring. We talked about how in the novel there are the people in the Capitol who have it all and then the others who have to hunt and search for food. Then I thought it isn’t much different now – we have people who have more and then we have the homeless and others who are constantly struggling. I think one thing we can depend on, no matter whether it’s in the future or not, is that there will always be the powerful, the middle, and the less privileged.

So, we’re set to read the last half today which I intend to get started on as soon as I feed Buddy. Then it will be on to Catching Fire. I’m also reading The Fixer Upper by Mary Kay Andrews and enjoying it – I really enjoy her writing style.

That’s my plan for the day and again hopefully Buddy is in the mood to cooperate with me and be good. Since it’s nice outside I fully intend to relax on my swing and get in some quality reading and sun time. What is everyone else up to? Any special plans this weekend or just enjoying yourself? Have a great week everyone!