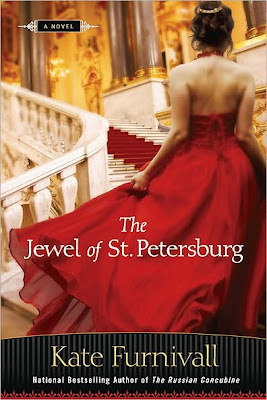 I’ve got a fantastic giveaway for you all! I’ve got a copy of Kate Furnivall’s newest, The Jewel of St. Petersburg to be released August 3, 2010 by Penguin Group up for grabs! The Jewel of St. Petersburg is the prequel to The Russion Concubine so I’m pretty excited because I have The Russian Concubine in my eReader so now I’ll just read the prequel first. lol.

I have heard nothing but good things about Kate Furnivall’s books and a few of them are sitting on my eReader just waiting to be experienced. I’m anxious to read them and have been for some time (note to self to clear schedule) so it’s nice to be able to share with my readers as well!

About the Book (from Penguin Group)

Three years ago, Kate Furnivall enchanted readers with her breathtaking debut The Russian Concubine (August 2007), a New York Times bestselling epic novel of love and war in 1920s China . This summer Furnivall delivers the eagerly-awaited prequel, THE JEWEL OF ST. PETERSBURG (Berkley Trade Paperback Original; August 3, 2010; $15.00), destined to again sweep readers off their feet and take them on a journey across the globe and back in time.

Set in the second decade of the twentieth century, against a background of elegance and opulence in tsarist Russia now threatened by the imminent Bolshevik revolution, THE JEWEL OF ST. PETERSBURG is a dramatic story of love and courage, revenge and heartache in the last colorful years of the Romanov Empire. It features Valentina Ivanova, the heroine that graced the pages of Furnivall’s debut, a character already known to hundreds and thousands of readers as the mother of The Russian Concubine’s young Lydia Ivanova.

Valentina, a young pianist in Tsarist Russia, is as beautiful as she is talented. Despite being the darling of St. Petersburg ’s wealthy aristocracy, she falls in love not with a member of own class, but instead with Danish engineer Jens Friis. Forced out of this passionate courtship by her society parents, Valentina enters into a loveless engagement with a Russian count. Valentina will be forced to make a choice that will not only change her own life, but the lives of those around her forever.

About the Author (from Penguin Group) 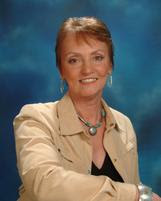 Kate Furnivall was born in Wales and currently lives in Devon , England . She is the nationally bestselling author of The Russian Concubine, The Girl from Junchow, and The Red Scarf. Visit her online at www.katefurnivall.com.

I’m excited to share a copy of The Jewel of St. Petersburg by Kate Furnivall with my readers courtesy of Penguin Group. To enter…

That’s it! This giveaway is open to US & Canadian residents (no PO boxes) and I will draw for the winner on Sunday, August 1/10.