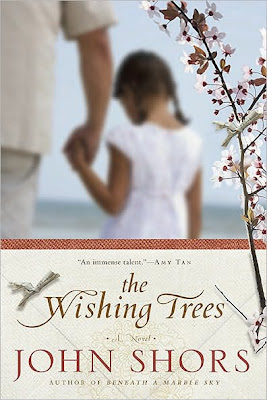 I’m a big fan of John Shors and just last month I finished his latest novel called The Wishing Trees. It’s a wonderful novel full of emotion that takes you on a journey with a father and daughter through Asia. It’s another novel from John that is well worth reading! You can see my review here and also check out a the great guest post John wrote for Peeking Between the Pages here.

Almost a year after the death of his wife, Kate, former high-tech executive Ian finds a letter that will change his life. It contains Kate’s final wish – a plea for him to take their ten-year-old daughter, Mattie, on a trip across Asia, through all the countries they had planned to visit to celebrate their fifteenth anniversary.

Eager to honor the wife and mother they loved, Ian and Mattie embark on an epic journey that retraces the early days of Ian’s relationship with Kate. Along the way, Ian and Mattie leave paper “wishes” in ancient trees as symbols of their connection to Kate and their dreams for the future. Through incredible landscapes and inspiring people, Ian and Mattie are greeted with miracles large and small. And as they celebrate what Kate meant to them, they begin to find their way back to each other, discovering that healing is possible and that love endures – lessons that Kate hoped to show them all along… 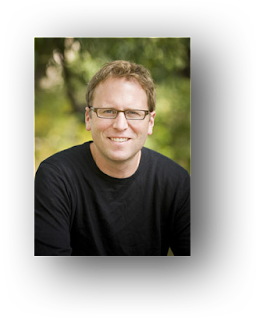 John’s first four novels, Beneath a Marble Sky, Beside a Burning Sea, Dragon House, and The Wishing Trees, have won multiple awards, and have been translated into twenty-five languages.

Lucky for you all John has offered up a copy of his novel for giveaway. To enter:

This giveaway is open to US & Canadian residents and I’ll draw for the winner on Saturday, December 11, 2010. Good luck everyone!