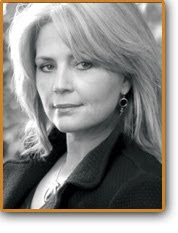 I am pleased to welcome bestselling author Mary Burton to Peeking Between the Pages with a Q&A today (already prepared). Mary has two thrillers coming out back to back: Senseless, due out January 2011 and Merciless, due out February 2011. Sounds like two great books guaranteed to keep you on the edge of your seat for a while. So, sit back and relax while MARY BURTON TALKS ABOUT HER NEW BOOKS, HER NEW HOMICIDE DIVISION, AND WHY SHE LEFT HOME TO START KILLING PEOPLE IN ALEXANDRIA…

In your new books, SENSELESS (January) and MERCILESS (February), you’ve left behind the characters and the Richmond setting of your last three novels. Why? And why Alexandria?

I lived in Alexandria for several years and fell in love with the place. It is not only very rich with history but it’s in the heart of the bustling DC metro area and the perfect setting for a little murder and mayhem.

What challenges did you face in creating a new team of detectives?

The new team was much like meeting strangers. I knew a little of Detective Malcolm Kier (I’M WATCHING YOU) but detectives Deacon Garrison, Jennifer Sinclair and Daniel Rokov were all blank slates. The best way for me to get to know them was to throw them into tense scenes and see how they react.

Family seems to play a strong role in the relationships between your characters from book to book—especially the bond between sisters, such as that between Eva and Angie. Is this true? And, if so, what pulls you to explore those bonds in so many different ways?

Family can be your best ally and your greatest burden. Families, especially sisters, can be complicated and complications means conflict and conflict means a page-turner of a story.

What difficulties do you face integrating strong relationship subplots alongside the hard edged suspense writing you’ve become known for?

I long ago learned that despite the difficulties of family you still have to get up each day and go to work. Family conflicts only add to the job tensions. And I do work to balance the family/relationship moments of suspense. You need both to make a romantic suspense and it’s finding the right mix that is the trick.

You’re extensive research of law enforcement and forensic procedures includes course work with the Henrico County Citizens Police Academy, the Richmond FBI Citizens’ Academy and the Writers Police Academy in Jamestown, North Carolina. Has that made you a better writer? Does trying to stay grounded in fact make it harder to let you imagination soar?

Staying grounded in fact forces me to solve problems as a real policeman might. I know sometimes the truth must be stretched a little for the sake of story but I do my best to solve the crimes with good detective work vs fancy DNA tests or high tech forensic equipment.

You’ve said that your fascination with law enforcement, especially those who hunt serial killers, began during the twenty years that three different multiple killers—the Southside Strangler, D.C Sniper and Hampton Roads Killer—stalked your home state of Virginia. How does that influence your writing and research?

The Hampton Roads Killer didn’t fit the profile of a serial killer, which may have delayed his capture. Do you consider the characteristics profilers attribute to certain types of killers when you create your murderers?

When I’m creating a killer the first and most important question I ask myself is why does he/she kill? Is a character pure evil? Or is he simply very troubled or misguided? Or is he All of the Above? The why tells me so much about the person behind the evil deeds and it sets the tone for the whole book.

Detective Joe Horgas, the first police detective to solve a serial murder case with DNA evidence, is rightly credited for the arrest of the Southside Strangler. It’s been said that Horgas had a “personal quest to stop a serial killer.” Do you think that many in law enforcement do “make it personal?” Is that a good thing? Do any of your protagonists share that trait?

The detectives in my books do make catching a killer very personal. This passion to solve a case is what makes a character or person interesting. Often a driven person who is laser-focused can effect great change, such as catching a killer that no one else can. However, that same focus can also create problems in their personal lives. It’s only natural that if you funnel energy from one part of your life into another, the part that’s been short-changed will suffer.

I like to think that what makes a character great can also destroy him. My characters are searching for balance even knowing that only extreme drive will catch a killer. And that to me is the beginning of great conflict.

If you were able to choose any job in law enforcement, which would it be? Why? And do you think you would still write about crime?

I would go into forensics. The folks who collect data can be so critical to a case. I’ve talked to enough real forensics people to know the work can be very unglamorous and painstaking. But the work is so fascinating that I’d be willing to traipse through waist high weeds, jump in a dumpster or photograph blood splatter patterns.

Some writers have the harsh, gorier plot elements occur “off stage.” You don’t and yet you also manage to blend a strong relationship story into your romantic suspense without it seeming awkward or out of place. How do you achieve that balance?

Real life is scary enough. Yet people gravitate to crime fiction in it’s multiple forms—books, television, and movies. Why do you think it’s so amazingly popular?

Real life is not only scary but it is also unfair at times. In real life, the bad guy isn’t always captured and victims don’t always get closure. However, crime novels and crime TV give their audiences a sense of justice and closure. The bad guy is almost always caught. I like to give my readers a glimpse into my character’s futures. These futures may not be perfect, but they are happy. My suspense stories not only offer justice but hope as well.

Your earliest books were traditional romance novels, another hugely popular genre of fiction. Do you still believe in “happily ever after?”

I sure do. And that’s why I always end on a happy note. These ending notes may not be as sweet as the romances, but there is always a sense that ‘tomorrow will be a better day.’

Note: You are welcome to visit Mary at www.maryburton.com and on Facebook.
__________
Thank you so much for joining us here today at Peeking Between the Pages! I look forward to reading your books soon!
__________ 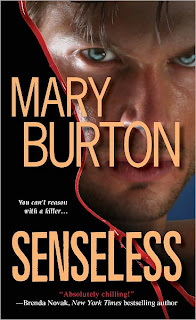 When an explosion and fire destroys Hannah’s House, the homeless shelter where Eva Rayburn works as a night attendant the body of a tortured woman is discovered in the yard. She has been branded. Four pointed stars encircle her navel, a hallmark dating from the Sorority House Murder, a decade-old case that ended Eva’s life as she knew it. Charged for the killing of Josiah Cross, the man who raped her, she bears a star branded on her shoulder, as well as a memory that fails to recall what happened that fateful night, and the legacy of a ten year prison sentence.

Detective Deacon Garrison is sure the murder at Hannah’s House has something to do with Eva, who, is not only under scrutiny by the Alexandria police force, she is also back in the media spotlight, thanks to journalist James Dillon who branded her as a jealous and enraged ex-girlfriend when he wrote about the Sorority House Murders. After ano the r killing, Garrison isn’t the only one who wants answers, Eva does too. She’s ready to do whatever it takes. She’s ready to fight—even die, to find out what happened that night ten years ago. 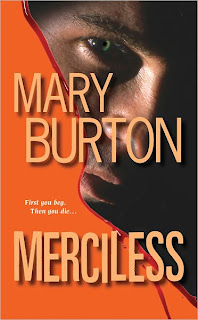 Detective Kier Malcolm and high-profile criminal attorney Angie Carlson come up against a brutal and brilliant psychopath who leaves behind only the gleaming white and perfectly preserved bones of his victims. Kier—and most of the Alexandria law enforcement—believe the murderer is Dr. James Dixon. Angie recently defended Dr. Dixon in an earlier murder trial—and won. With the entire police force blaming her for Dixon ’s freedom, she too has doubts as to whe the r he was in fact innocent, and is becoming more and more convinced that the police may be right—she helped let loose a killer.

As lead after lead dead-ends, a young man claiming to be Eva Rayburn’s half-bro the r shows up, bringing with him the diary of her dead fa the r. Suddenly, two things become shockingly clear— the killer has always intended to make Angie his ultimate victim, and the madness has roots going back to the Sorority House Murder over a decade ago.

A Virginia native whose family’s Richmond roots run as deep as the nation’s, New Your Times and USA Today bestselling author Mary Burton has only resided in one o the r place—Alexandria, Virginia, where she lived for a few years and which is now the setting for her novels SENSELESS (January 2011) and MERCILESS (February 2011). She graduated from Virginia ’s Hollins University and began a career in marketing. After a decade she left her job and began writing. Her first novel, a romance, was published in 2000. It was also the first manuscript she completed.

Following that book, Burton wrote several novels for Harlequin and Silhouette before entering the dark world of multiple murderers and the ir motives with Senseless, Merciless, Dying Scream, Dead Ringer and I’m Watching You, as well as her novella Christmas Past, which appears in the 2008 New York Times best selling holiday anthology Silver Bells.

Her commitment to realism has led to eye-opening interviews with local law enforcement, to forensic seminars and to the firing range. She is a graduate of the Henrico County Citizens Police Academy and the Richmond FBI Citizen’s Academy, and has participated in the Sisters in Crime’s Forensic University program and, recently, the Writers Police Academy in Jamestown , North Carolina . There she attended seminars on autopsies, undercover work and why people kill.

This giveaway is open to US & Canadian residents only (no PO boxes) and I will draw for the winner on Saturday, January 29, 2011. Good luck to you all!