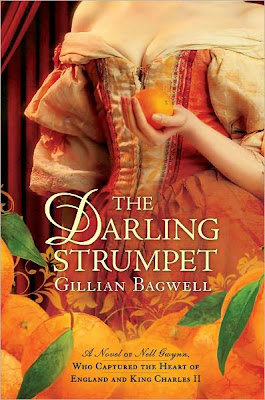 When I was a wild-eyed and ambitious young actress of 23, just finishing a year-long professional acting training program at The Drama Studio London at Berkeley, one of the teachers, a young British actor who had recently come over from England to teach, got an astonishing amount of notice for his performance in a one-man show. In fact, that work catapulted him into a career that has kept him busy ever since.

I thought he had a good strategy, and decided I’d write a show for myself to perform. But what to write about? My father suggested Nell Gwynn. I didn’t know much about her, but as I began researching her life, I fell in love with Nell and her story. She was born into poverty in London in 1650, began working as an orange seller at the brand-new Theatre Royal on Drury Lane 1663, got noticed, and soon became the lover and protégé of Charles Hart, the leading actor of the King’s Company.

One of the first things that Charles II did upon his restoration to the throne was permit women to act, instead of the boys who had played men’s roles in the old days. Nell was one of the very first English actresses, and her gamine sex appeal and saucy personality made her an instant hit with London audiences. After the long closure of the theatres under Cromwell, a new generation of playwrights was at work, and Nell and Hart quickly became the William Powell and Myrna Loy of the 1660s, playing opposite each other as sparring and witty lovers in a series of star vehicles written just for them. Nell’s career took place during some of the most intriguing and important years in the history of the English theatre.

The newly-opened theatres were popular with the nobility – and the king – and Nell soon caught the eye of Charles Sackville, Lord Buckhurst, later the Earl of Dorset, and became his mistress. It wasn’t long, however, before she rose even higher – to the bed of the king himself.

Charles II had many mistresses, but Nell was unique for several reasons. She wasn’t a noble lady, but a child of the gutter, who had risen from poverty on the strength of her wit, charm, determination, and likeable sex appeal. She never put on airs or pretended to be other than she was, and this won her the love of the people.

Another reason Nell was better liked was that she was English, unlike another of Charles’s long-term mistresses, the baby-faced Louise de Keroualle, who promoted French interests, cost the royal purse quite a lot of money, and was spoiled and weepy into the bargain. Nell called her the Weeping Willow and Squintabella.

Nell didn’t care about politics. She cared about Charles for himself, and was faithful to him until his death, and that too set her apart from Charles’s other women, notably Barbara Palmer, later the Duchess of Cleveland, and Hortense Mancini, the Duchess of Mazarin.

So I set out to put Nell’s life on stage. I did write the script, but never completed it to my satisfaction. And no wonder – I found it was impossible to cover the richness of Nell’s story – which encompassed not only the dazzling worlds of the theatre and court, but also the devastating plague of 1665 that killed a third of the population of London, and the Great Fire of 1666 that destroyed most of the old City – in such a brief format.

So I put my script aside and embarked on an acting career that encompassed a lot of stage work and some film and TV. Eventually I began directing, and then founded The Pasadena Shakespeare Company, producing 37 shows over nine seasons. There was no time for writing during those years, but Nell stayed in my mind and heart and sometimes at the back of my mind I could hear her whispering “Someday….”

In January 2005, I learned that my mother, living alone in London, was terminally ill, and went over to take care of her. As it turned out, I was in London for almost a year and a half. It was a difficult time, with my own life on hold, halfway around the world from friends and family, and facing my mother’s death. There were also many positive aspects of my life in London. I spent more time with my mother than I had in many years, I made many good friends, and I became very familiar with a city that had enchanted me in so many books and movies all my life. Also, for the first time in my adult life, I had no career demanding my attention and no creative focus.

So I decided that I would finally take up Nell again, and present her life in a way that would do it justice, as a novel. I read biographies of Nell that had been published since I had first learned about her, reread the famous diaries of Samuel Pepys, which not only gave a vivid picture of daily life in London in the 1660s, but also preserved for posterity Sam’s reviews of Nell performing some of her most famous roles as well as their occasional friendly encounters. I scouted out the sites of the old theatres where Nell had performed, and walked the streets that she had known.

My mother died on Mother’s Day 2006, and I returned home to California in June. By that point I had written quite a lot of the first draft of my novel, and I was determined to complete it and sell it. I signed up for writing class at Vroman’s, a local bookstore, taught by author Kerry Madden, which gave me not only the benefit of Kerry’s teaching and weekly critique of material I submitted to her, but also the opportunity to get feedback from my classmates. They were encouraging, and I continued to work on the book.

I took Kerry’s class a second time in the spring of 2007, and shortly after that attended the bi-annual Historical Novel Society conference, which was held that year in Albany, New York. The conference was valuable not only for the panel discussions and presentations, but because I met other aspiring and published authors, and began to feel like a writer myself.

That fall I attended another conference, and had the opportunity to get critique from an agent on the first 20 pages of my book. She liked it a lot, and asked to see the first 100 pages. She liked that, too, and passed it on to a colleague, who said she was very interested and was willing to work with me and guide me as I completed the novel.

The book went through four or five drafts, but finally, in July 2008, I thought it was ready, and sent it off to the agent who had given me so much support – Kevan Lyon of Marsal Lyon Literary Agency – who officially became my agent, and very quickly sold The Darling Strumpet to Berkley Publishing Group, a division of Penguin.

I know that I have had a much easier time than many writers in finding an agent and a publisher. But lest you think that it happened overnight, let me assure you that that’s really not true. I had been thinking about Nell for more than 20 years when I began writing the novel, always picking up the odd bit of knowledge about her life and the times in which she lived. And the years I spent working in theatre gave me the perspective that enabled me to bring vividly to life the theatrical conditions and performances of Nell’s time. Then too, the loves and heartbreaks I endured, as well as that amazing time living in London, which was both terribly difficult and also an opportunity for personal growth, contributed to my ability to tell Nell’s story. I could not have written this book when I was 23; it had to wait. And I think that my joy is fuller, my satisfaction deeper, at this accomplishment that took so long, than anything I could have imagined so long ago when I first learned about dear Nell Gwynn.

Gillian Bagwell’s novel The Darling Strumpet was released on January 4, 2011. Please visit her website, gillianbagwell.com, to read reviews, learn more about her second book, The September Queen, coming in November 2011, and to find links to her articles and the blogs of her research adventures.
__________

Thank you Gillian for this great guest post! Thank you for sharing the heartbreaks and triumphs that brought The Darling Strumpet to life. I wish you continued success.
__________

The Darling Strumpet is a vivid and richly detailed historical novel that puts the reader smack in the tumultuous world of seventeenth century London. Based on the life of Nell Gwynn, who rose from the streets to become one of London’s most beloved actresses and the life-long mistress of the King, the book opens on May 29, 1660, when the exiled King Charles II rides into London on his thirtieth birthday to reclaim his throne after the death of Oliver Cromwell. Among the celebratory crowds is ten-year-old runaway Nell Gwynn, determined to create a better life for herself and to become someone to be reckoned with…. From Berkley Publishing Group in January 2011; UK publishing by Avon on August 11, 2011 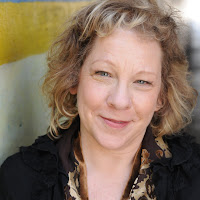 Gillian Bagwell has had a life-long love of books, British history, and theatre, and united these passions in writing her first novel, The Darling Strumpet. She grew up in Berkeley, California, and began her professional life as an actress. She majored in theatre at the University of California at Berkeley, and then attended a year-long British professional acting training program, the Drama Studio London at Berkeley. She moved from acting to directing and producing, founding The Pasadena Shakespeare Company in 1994, and producing thirty-seven productions over nine seasons.

Gillian began researching Nell Gwynn as the subject of one-woman show, but realized that such a brief format couldn’t do justice to the richness of Nell’s life, and started writing The Darling Strumpet while living in London in 2006. Her extensive background in theatre has enabled her to bring vividly to life the theatrical conditions and performances of Nell’s time.

During the course of researching The Darling Strumpet, Gillian learned of the unbelievable true story of Jane Lane, who risked her life to help the young Charles II escape after the disastrous Battle of Worcester in 1651 by disguising him as her servant. Jane’s perilous and romantic odyssey with Charles is the subject of Gillian’s second book, The September Queen, which will be published in the U.S. by Berkley Publishing Group in November 2011 and in the U.K. by Avon UK in November 2012.

I have 1 copy of The Darling Strumpet by Gillian Bagwell courtesy of Penguin Group. To enter…

This giveaway is open to US & Canadian residents only (no PO boxes) and I will draw for the winner on Saturday, February 5, 2011. Good luck everyone!