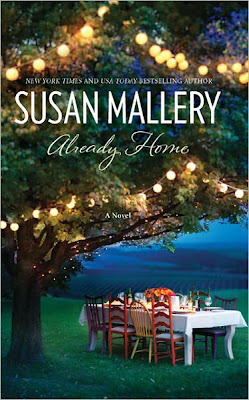 It is with pleasure that I welcome Susan Mallery, author of Already Home which is releasing today, to Peeking Between the Pages. I have read a few of Susan’s books and enjoyed them plus they are books I get to share and talk about with my mom as she likes them too. I’m excited myself to read Already Home because it sounds wonderful. For now though, Susan Mallery joins us with a guest post entitled Nature or Nurture…

Susan Mallery has entertained millions of readers with her witty and emotional stories of women and the relationships that move them. In her latest novel, ALREADY HOME, Jenna Stevens, still reeling from a recent divorce, is unpleasantly surprised by the arrival of her birth parents, who seem to want her to feel a family bond immediately. She was perfectly happy with the loving, traditional parents who raised her. Can she learn to love a second mother without damaging her relationship with the woman who raised her? Join Susan’s Members Only area at www.susanmallery.com for exclusive sneak peeks, short stories, and more.

In my latest novel, ALREADY HOME, a 31-year-old woman is confronted with a second set of parents – the people who gave her up for adoption when she was born. Jenna had a very happy childhood in Central Texas with her adoptive parents, a nice, normal couple. Other than during one five-minute teenage rebellion when she signed up with an adoption registry, she never wanted to meet her birth parents. She was perfectly content with the family she had. Now she doesn’t have a choice. They’re in her life, in her face, and they’re not going away.

When I was in the brainstorming stage of writing ALREADY HOME, I read a lot of first-person accounts of people who had been adopted, kidnapped, or otherwise separated at birth from their biological family. Anecdotally, I’ve read fascinating stories about twins who had been separated at birth, and ended up marrying women with the same name, etc. But do we honestly think we’re genetically attracted to people with certain names? That reeks of “coincidence,” and I was looking for something deeper.

For example, are some talents inherited? Are people more likely to be athletic, artistic, or musical if their biological parents possessed those gifts, even if they were raised by people who didn’t? In ALREADY HOME, Jenna’s adoptive mother Beth was always better at take-out than cooking, but Jenna loved food so much that she became a chef. Could it be that her love of cooking came from Serenity, her birth mother, and the long line of cooks in Serenity’s family?

In 2007, NPR did a fascinating story about 35-year-old twins who had been separated at birth. Elyse knew she was adopted and decided to look for her birth mother, only to be told by the adoption agency that she had a twin sister. Not only that, but the girls were separated intentionally as part of a study on nature versus nurture. (The results of the study are sealed until 2066 because the scientists realized that publishing their results would be incredibly controversial. I wish they would unseal the results now because, as wrong as I feel the study was, I would love to read it.)

Paula, her twin sister, says that since meeting, they’ve found genetics to be undeniably influential – “probably more than 50 percent,” she said. And the similarities go deeper than having the same tastes. The women feel they have the same basic personality.

So as I was writing ALREADY HOME, I was very conscious of the fact that Jenna’s personality would have been shaped not only by the loving home in which she was raised, but also by the shadowy reality of the birth parents she’d never met. As she gets to know those birth parents, she begins to see past surface differences – they’re vegan, she eats meat; they believe in astrology, she… doesn’t – and she would begin to recognize something of herself in them.

What do you have in common with your parents or your siblings? Do you think it’s because of genetics or environment (nature or nurture)? Why? What’s the most interesting “separated at birth” story you’ve heard? (Google “twins separated at birth” for some truly fascinating reading.)

Please join the Members Only area at www.susanmallery.com to read a free extended excerpt of ALREADY HOME!
__________

Thank you so much for the wonderful post Susan! I am really looking forward to settling in and reading Already Home!
__________

ALREADY HOME is one of the most emotional stories I’ve ever written, a story of a woman who learns to open her heart and, in the process, discovers that love doesn’t wait for an invitation. Jenna Stevens is still reeling from a recent divorce and recuperating from wounds inflicted by a husband who belittled her at every opportunity. A classically trained chef, Jenna no longer believes she’s capable of the leaps of creativity that once won her praise from her instructors and from food critics, so she moves back to her hometown in Texas to open a retail cooking store.

Just as Jenna’s settling into her new career and beginning to feel like she’s on even ground, her birth mother barrels her way into Jenna’s life. Jenna doesn’t want or need a second mother, especially a vegan mother named Serenity who would have named her Butterfly. But while Serenity listens to signs from the Universe, she easily ignores Jenna telling her to go away. With gentle but insistent pressure, she will find a way to open Jenna’s heart.

And once the heart is open, anything can happen! 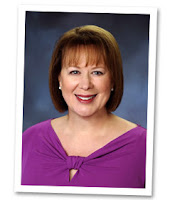 Susan Mallery is the New York Times bestselling author of over one hundred romances and women’s fiction novels, and she has yet to run out of ideas! Her funny and sexy family stories consistently appear on the USA Today bestseller list and have landed as high as #5 on the New York Times list. She has won many awards, including the prestigious National Reader’s Choice Award. Her books have been named to the Top 10 Romance Novels lists of 2007, 2008, and 2009 by Booklist, a publication of the American Library Association, and she was the only author on the list all three years. Because her degree in Accounting wasn’t very helpful in the writing department, Susan earned a Masters in Writing Popular Fiction.

Susan makes her home in the Pacific Northwest where, rumor has it, all that rain helps with creativity. Susan is married to a fabulous hero-like husband and has a six pound toy poodle…who is possibly the cutest dog on the planet.

I have one copy of Already Home by Susan Mallery to share with my readers. To enter…

This giveaway is open to US and Canadian residents (no PO boxes) only and I will draw for the winner on Saturday, April 16, 2011. Good luck to you all!