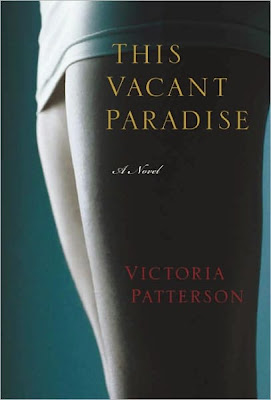 If you’ve ever read Edith Wharton’s House of Mirth, you know that Lily Bart is one of the most amazing female protagonists. Beautiful, smart, honest, doomed, Lily’s principles stand in the way of her advancing in society. She can’t have a happy ending because she has so few viable options.

My writing is concerned with women’s desire for independence, self-expression, and agency—and with the cultural conditions that restrict them. I also write about Newport Beach, California. My family moved to Newport when I was in the 7th grade, and for me it was a cultural and emotional reckoning, a perfect roiling combination for a burgeoning writer.

When I was in graduate school at UC Riverside, a professor jokingly called me “The Edith Wharton of the O.C.” and suggested I write a House of Mirth for Newport Beach. I couldn’t stop thinking about it. I was already a huge Edith Wharton fan, and I resumed my obsession, reading everything I could by her and about her.

I also read all I could by Henry James, knowing that he and Wharton had a complex relationship, and that they influenced each other’s work.

Edith Wharton’s Lily Bart is incredibly sharp and self-aware, capable of succeeding, but her inner character sabotages her follow-through. She simply can’t stomach an environment that makes her an object and allows her little agency. She’s destroyed by the contradiction of needing to be independent in a world that neither equips nor permits her to be.

For This Vacant Paradise, set in 1990s Newport Beach, I envisioned Esther Eileen Wilson, my protagonist, as a modern day Lily Bart. After her shifts at a high end woman’s retail store called True Romance, Esther frequents a popular restaurant/bar called Shark Island, where she allots herself two apple martinis.

Esther has been raised to believe that her worth is her beauty and marriage her ultimate gain. And she is beautiful, though she’s nearing her mid-thirties and is very aware of the temporal nature of her looks. All around her, women are getting plastic surgery, desperately clutching on to their youth and beauty.

Esther has little education or practical skills, and she’s not very adept at the mundane realities of daily life, such as laundry. She finds herself unsuited to a more modest lifestyle, but without the means to provide a lifestyle that would suit her. She lives on the margins of wealth, and she’s ready for that to change. Her best hope is boyfriend Paul Rice, ranked number three in Orange Coaster’s most eligible bachelors.

Enter ex-boyfriend Charlie Murphy, a handsome liberal community college professor. He encourages Esther to think differently from her friends and relatives. Charlie talks a good game, but whether he’s up to the task of living the talk is questionable—and ultimately, like most of us, he likes his comfort.

This Vacant Paradise is both a love story and a critique of a materialistic and limiting environment. Esther has the ambition to marry a rich and powerful man, but she’s held back by her scruples. She’s awake and aware, and she has a heightened sensibility. Her awareness deepens her misfortunes, but it also allows her to retain dignity.

Henry James wrote, “All things in relationships.” However much we try not to, we tend to shape ourselves in the image others have of us. For Esther, that central conflict of being true to her best self, while, at the same time, shaping herself for others, proves to have all sorts of consequences.

For Lily Bart, those consequences were tragic. Women in the 1990s have more freedom than the 1890s. Does Esther’s fate have to be as tragic? I had to keep writing and rewriting until I found my answer.
__________

Thank you so much for sharing this guest post with us today Victoria. I really am looking forward to reading your novel!
__________

About the Book (from publicist)

Set in the 1990s, Newport Beach, CA, This Vacant Paradise explores a world where money is god. A man’s worth is judged by the size of his boat, the make of his car. A woman’s value is assessed by the blank perfection of her quantifiable desirability: dress size, cup size, the whiteness of her teeth. Dependent on her family’s wealth, Esther, the novel’s 33-year-old heroine, decides to marry into the Newport elite when an unlikely candidate thwarts her plans.

In the tradition of Edith Wharton and Henry James, Victoria Patterson shines a keen and often wickedly humorous light on our very American obsessions with class, race, age, and the roles of men and women in the strive toward upward mobility. The novel traces Esther’s journey from a beautiful, yet deeply insecure woman, trapped by the ticking clock of her own desirability, to an awakened, independent individual, embarking on an alternate, unglamorous, and indefinable course. This Vacant Paradise is an honest examination of the difficulties of breaking out of the rigid value system laid upon us by society and family.

About the Author (from publicist)

Victoria Patterson is also the author of the story collection Drift, a Story Prize and California Book Award finalist and Best Books of 2009 selection by The San Francisco Chronicle. Her work has appeared in various publications and journals, including the Los Angeles Times, Alaska Quarterly Review, and the Southern Review. She lives with her family in Southern California and teaches through the UCLA Extension Writers’ Program and as a Visiting Assistant Professor at UC Riverside. For more info, please visit: www.victoriapatterson.net.
_________

I have one copy of This Vacant Paradise by Victoria Patterson to share with my readers. To enter…

This giveaway is open to US & Canadian residents (no PO boxes) and I will draw for the winner on Saturday, March 19, 2011. Good luck everyone!