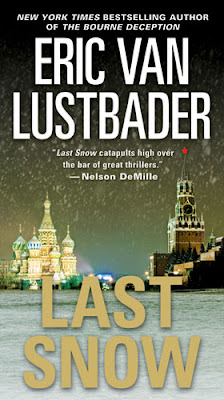 When an American senator who is supposed to be in the Ukraine turns up dead on the island of Capri, the President asks McClure to investigate. Jack sets out from Moscow across Eastern Europe, following a perilous trail of diplomats, criminals, and corrupt politicians. His task is complicated by two unlikely, unexpected, and incompatible companions—Annika, a rogue Russian FSB agent, and Alli, the President’s daughter.

Thrust into the midst of a global jigsaw puzzle, Jack’s unique dyslexic mind allows him to put together the pieces that others can’t even see. As he struggles to keep both young women safe and uncover the truth behind the senator’s death, Jack learns just how far up the American and Russian political ladders corruption and treachery have reached.

Read an excerpt
Listen to an audio
Watch the video

Check out the book trailer… 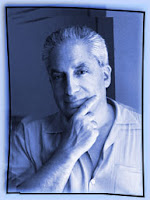 Eric Van Lustbader is the author of many bestselling thrillers, including the New York Times bestsellers The Testament and The Ninja. His first Jack McClure book, First Daughter, was also a New York Times bestseller. Lustbader was chosen by Robert Ludlum’s estate to continue the Jason Bourne series, and his Jason Bourne novels include The Bourne Legacy and The Bourne Betrayal. He and his wife live in New York City and on the South Fork of Long Island.

I have one copy of First Daughter and one copy of Blood Trust by Eric Van Lustbader to share with my readers. I will give these books away as a set. To enter…

This giveaway is open to US & Canadian residents only (no PO boxes) and I will draw for the winner on Saturday, June 11/11. Good luck everyone!