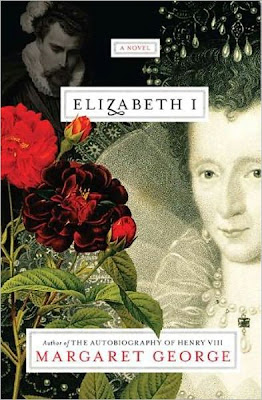 You know when you pick up a book by Margaret George that you’re in for a great novel that weaves fact with fiction and leaves you feeling immensely satisfied. Her newest novel, Elizabeth I, is a wonderful and in-depth journey into the life of this queen and what her life might have been like back in the late 1500’s. This is not a novel to be read in a day or even two (it’s almost 700 pages) – Margaret George’s novels are meant to be savored and absorbed slowly.

The Tudor period is my favorite to read about. I’m not sure why; maybe it’s because the first book I read was, in fact, Margaret George’s, The Autobiography of Henry VIII, and from then on I was hooked. I was especially interested to read more about Elizabeth I as she was the daughter of Henry VIII and the infamous Anne Boleyn, who are two of my favorites from history. I was not disappointed in this novel as it taught me so much more about Elizabeth I and the type of woman and queen she was. I’ll admit that with as long as the novel is, it is slow going at times, but there was never a moment that I was bored. I found it fascinating to read.

This novel takes place over the queen’s later years and what I really enjoyed and am kind of surprised by is that it is narrated by both Elizabeth and her cousin Lettice. Normally I would not like that. If I’m reading a novel about Elizabeth then that’s what I want to read but the way that the author wove the parts of Lettice and her son, the Earl of Essex, into the story was so well done that it all just fell perfectly together. Of course I developed a liking towards Lettice which didn’t hurt either and really looked forward to the parts of the book narrated by her and would certainly like to learn more about her in the future.

The way that Margaret George has portrayed Elizabeth in this novel had me liking her. Yes she could be indecisive at times, especially about the Earl of Essex, but it showed her in a real light. She was a queen but she was also a woman who found herself aging and noticing the effects finally of it on her body. She was no longer the young, strong woman and yet she couldn’t let anyone at court see her failing in any way. To do that was to give up your power because there was always someone ready in the wings to pounce. I found myself really admiring her. She was a woman in a man’s world and she bore up well under it all. She lived to do her best for her people and for those closest to her, she would do anything.

The novel is very detailed in it’s historical facts as all George’s novels are. Some novels like this are boring but not Margaret George’s. She manages to weave her fictional side in with the factual in such a way that you don’t feel like you’re in a history class, yet at the same time you come away knowing you’ve just learned a lot about an important time in history. I can’t even imagine the amount of time it took to research this novel but it shows in every last page. You find yourself absolutely absorbed in the court happenings, the parties, the politics, the wars, and the very real lives of the people who existed alongside the queen.

Elizabeth I is yet another beautifully written novel by Margaret George that invites us into the life of one of England’s favorite Monarch’s. It’s a must read for all those historical fiction fans who love a story well told, well researched, and those who want to learn more about the Tudors or just want to read a different perspective on Elizabeth’s life.

My copy of Elizabeth I by Margaret George was received for review from Pump Up Your Book and the Publisher. 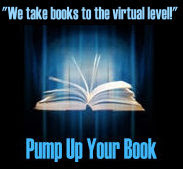