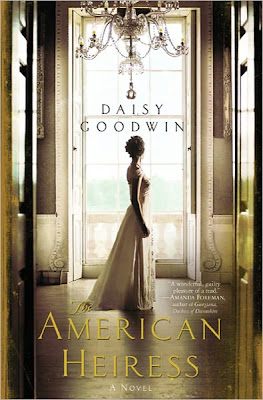 Good Saturday morning to you all! I’ve got a great book to spotlight for you today and even a giveaway to go along with it. The novel is called The American Heiress by Daisy Goodwin and though I haven’t had a chance to read it, it sounds fantastic and it’s been getting some great reviews! I’m also a sucker for a good cover as anyone who reads my blog knows and I really like this one – very classy. I really look forward to sitting down and reading The American Heiress soon!

About The American Heiress

It is 1893, in Newport, Rhode Island, and no detail of Cora Cash’s lavish masquerade ball has been left to chance. Beautiful, spirited, and the richest heiress of her generation, Cora is the closest thing that American society has to a princess. Her debut is the carefully orchestrated prelude to a campaign in which her mother will whisk her to Europe, where Mrs. Cash wants to acquire the one thing that money can’t buy for her daughter in the States: a title.

Be careful what you wish for. Cora makes a dazzling impression on English society—followed by a brilliant match—but finds that the chill in the air of magnificent ancestral homes comes from more than the lack of central heating. As she gradually learns that old-world aristocrats are governed by obscure codes of conduct and loyalty that can betray even the most charming, accomplished outsider, Cora must grow from a spoiled young rich girl into a woman of substance.

Listen to an extract from the audiobook
Buy The American Heiress on Amazon.com or Amazon.ca

About the author Daisy Goodwin 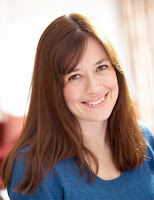 DAISY GOODWIN, a Harkness scholar who attended Columbia University’s film school after earning a degree in history at Cambridge University, is a leading television producer in the U.K. Her poetry anthologies, including 101 Poems That Could Save Your Life, have introduced many new readers to the pleasures of poetry, and she was Chair of the judging panel of the 2010 Orange Prize for Fiction. She and her husband, an ABC TV executive, have two daughters and live in London. The American Heiress is her first novel.

I’ve got one copy of The American Heiress by Daisy Goodwin to share with my readers. To enter…

This giveaway is open to US and Canadian residents only (no PO boxes) and I will draw for a winner on Saturday, August 6/11. Good luck everyone!