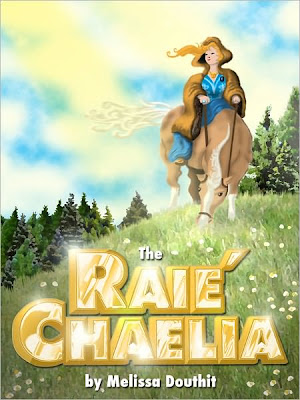 Good day everyone! I’m excited to have Melissa Douthit, author of The Raie’ Chaelia, at Peeking Between the Pages today. I reviewed her young adult novel The Raie’ Chaelia (my review) yesterday and I find myself still thinking about the story and all the adventures that the main character Chalice had. Today Melissa is going to talk to us about Why She Chose to Go Indie…

After I finished The Raie’Chaelia, I sat at my computer and thought: “Okay, what now?” So I did a bit of researching into publishing. I attended a writer’s seminar in January, which was hosted by five best-selling authors. In the seminar they taught attendees how to go about publishing the traditional way – querying an agent who then finds a publisher and so on. During the seminar, the more I learned, the more I thought: “I really don’t want to do this. There’s got to be a better way.”

Going with a traditional publisher meant that I would have to search for a good agent, which would take at least a year to find one willing to take me as a new author, if I was lucky. The other solution was to submit my work to publishers myself, but only to one publisher at a time because if you submit to several they will likely blacklist you. Then, once I submitted it, I would have to wait months before I received a rejection letter in the mail, which was a certainty because even the best were rejected at first. I was told I would have to go through rejection, after rejection, after rejection before I broke in. Then, once I broke in, which could be years later if it even happened at all, and because I am a new author, I would be offered a lousy contract which gave the publishers all the rights (even e-rights) and the lion’s share of the royalties and left me with little. At that point, with enough time and after writing many new books, I would have to work my way up in order to receive the whopping 15% royalty share of print books that good authors make. Not only that, I would have to give up my rights to the book or any control over what the covers would look like, how the book would be marketed, or when it would go live for readers to access online or in bookstores. Are you starting to see why I didn’t want to do this? 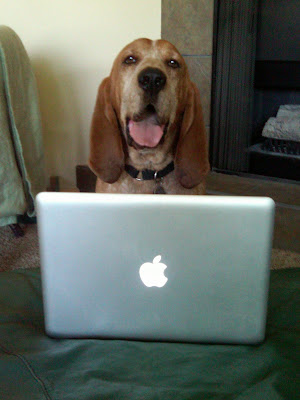 Then, blessedly, during the second day of the seminar, there was a talk on e-books and indie-publishing where I learned that authors can do it on their own. There were several names mentioned during that talk – names like Kris Rusch and Joe Konrath. They spoke about how e-books were catching on and that the digital book market was growing. They talked about how authors were deciding to do it on their own because of the direct-to-reader convenience of e-books and because of the 70/30 royalty share between the author and the online e-book distributors like Amazon and B&N. As I listened, I thought: “Now, this is more like it.”

After the seminar, I started reading Kris Rusch’s blogs called Changing Times, Royalty Statements, and Surviving the Transition. I also read Joe Konrath’s blog and Dave Wolverton’s Daily Kicks. What I learned from them only hardened my resolve to publish on my own. This is what I learned: print books are in decline, brick-and-mortar stores will either close or change drastically because of it, e-books will be the dominant form of reading in the future, traditional publishers will lose money, they won’t be able to keep up with the competitive prices of indie-authors, they will try to get money from the authors by offering really bad contracts, and finally – the big one, the kicker, the one that really got me – traditional publishers are under-reporting both print and e-book sales to authors. “Ack! No! I want to go indie!” I told myself.

For these reasons, in part, I made my decision, but there is still one more reason that I think is the most important. One really great thing that indies have that those who publish traditionally don’t have is the direct connection with the readers. When I indie publish, I can get my work out to the readers much faster than with a traditional publisher, letting my readers know ahead of time when it will be available. As an indie author, I can connect directly with the readers on my website, find out who they are, what they do, what they like and share my life with them. This is one thing I’ve seen Amanda Hocking do that I really like – she shares herself and her life with the people who read her books and her blog. It makes her unique. This is also what JK Rowling has finally decided to do as well – connect directly with the readers through her new website, Pottermore.

What I really enjoy the most is writing stories that I love, having others read those stories and feel the same way as I do about them, and then sharing that with those people directly. I am also learning how to be a better writer by getting valuable feedback. I’m not in it to win awards. I’m not in it to make a million bucks. I’m in it for the pure love of doing it and that, above all, is why I chose to go indie. Being an indie author allows me to do that. All I know is that for an author, indie-publishing has so many more advantages to it than traditional publishing. And given what Amanda Hocking has done and the news of what JK Rowling is setting out to do, I think they would agree. 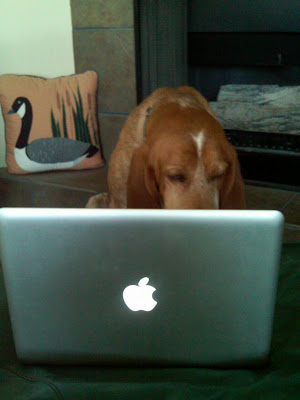 Copper, very Busy at Work – keeping Melissa on her toes most likely!

Thank you so much for this great and informative guest post Melissa! I had some idea of how hard it is to break into the publishing world but not quite the whole extent. The pictures of Copper – your assistant – are priceless! He is absolutely adorable! I wish you all the luck in your journey with your books and I can’t wait to read the next book in the trilogy!

When Chalice sets off for Branbury in the middle of the night with her grandfather’s instructions, she has no idea of the dangers that await her. The King’s men have destroyed her home village of Canton and she is suddenly thrown into a Terravailian world that she does not know. Lost and alone, she is hard pressed to evade the iron grasp of the madman who rules the land. With the help of a friendly Chinuk, an old man, and a book that she discovers along the way, not only does she find true friends and true love, but she also finds her true self and what it means to be the Raie’Chaelia.

The first novel in the trilogy, The Legend of the Raie’Chaelia, (rye-kale-ya), is available in electronic format on Amazon.com, Barnesandnoble.com, and Smashwords for the promotional price of $2.99.

The print version will be released September 20, 2011. 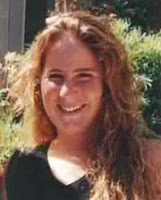 Melissa Douthit grew up in North County of San Diego, California. After graduating with a Computer Science degree in Southern California, and working for a summer at the National Radio Astronomy Observatory in New Mexico, she moved to the Bay Area to work at NASA Ames Research Center for a year and then at Lawrence Livermore National Lab for another four years. From there, she moved to Monterey, California, to work at the Naval Postgraduate School on a government project for two years. She currently lives in Salt Lake City, Utah, working with the Army Corps of Engineers on another government project. Since high school, she has been a voracious reader of books of all genres, with an emphasis in fantasy and science fiction. Her literary work is strongly influenced by her professional experience and includes many elements of her scientific background.

GIVEAWAY DETAILS (eBook only – Enter Here on Peeking Between the Pages)

I have one eBook copy of The Raie’ Chaelia by Melissa Douthit up for grabs. To enter…

This giveaway is open internationally! I will draw for the winner on Saturday, August 27/11. Good luck to all!

MELISSA’S GIVEAWAY ON HER BLOG! (Enter by clicking link below and answering the question there)

Enter a drawing and win a free e-reader of your choice or a $100 gift certificate to your favorite store by answering the following question:

What is the main reason Melissa chose to go indie?

To answer the question go to this link and fill in the information (place answer in Message field):