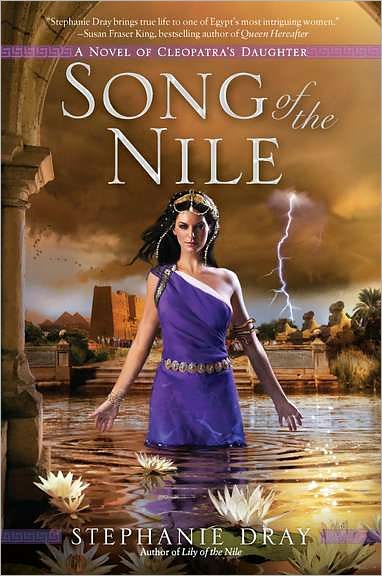 I have a fantastic novel to spotlight for you today called Song of the Nile by Stephanie Dray which releases on October 4, 2011.  I’m reading it right now and it is sooooo good, not to mention I love this cover!  I was to have my review post yesterday but unfortunately I wasn’t able to get it up in time so stay tuned for it on Friday.  I read Stephanie’s first book in the Cleopatra’s Daughter series, Lily of the Nile (my review), last year and I really enjoyed it.  Song of the Nile is like visiting an old friend for me because I’m able to revisit so many of the characters that I still remember and that I loved in the first book like Selene, Cleopatra’s daughter.  Anyhow, as I keep raving on here, let’s get to what the book is about and a bit about the author.  Be sure to check out the giveaway at the end of the post!

About Song of the Nile

Sorceress. Seductress. Schemer. Cleopatra’s daughter has become the emperor’s most unlikely apprentice and the one woman who can destroy his empire…

Having survived her perilous childhood as a royal captive of Rome, Selene pledged her loyalty to Augustus and swore she would become his very own Cleopatra. Now the young queen faces an uncertain destiny in a foreign land.

Forced to marry a man of the emperor’s choosing, Selene will not allow her new husband to rule in her name. She quickly establishes herself as a capable leader in her own right and as a religious icon. Beginning the hard work of building a new nation, she wins the love of her new subjects and makes herself vital to Rome by bringing forth bountiful harvests.

But it’s the magic of Isis flowing through her veins that makes her indispensable to the emperor. Against a backdrop of imperial politics and religious persecution, Cleopatra’s daughter beguiles her way to the very precipice of power. She has never forgotten her birthright, but will the price of her mother’s throne be more than she’s willing to pay?

Pre-order Song of the Nile from Amazon.com or Amazon.ca 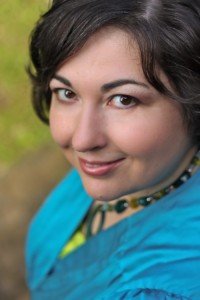 Stephanie graduated from Smith, a small women’s college in Massachusetts where–to the consternation of her devoted professors–she was unable to master Latin. However, her focus on Middle Eastern Studies gave her a deeper understanding of the consequences of Egypt’s ancient clash with Rome, both in terms of the still-extant tensions between East and West as well as the worldwide decline of female-oriented religion.

Before she wrote novels, Stephanie was a lawyer, a game designer, and a teacher. Now she uses the transformative power of magic realism to illuminate the stories of women in history and inspire the young women of today. She remains fascinated by all things Roman or Egyptian and has–to the consternation of her devoted husband–collected a house full of cats and ancient artifacts.

I have one copy of Song of the Nile by Stephanie Dray to share with my readers.  To enter…

This giveaway is open to US & Canadian residents only (no PO boxes) and I will draw for the winner on Saturday, October 8/11.  Good luck everyone!