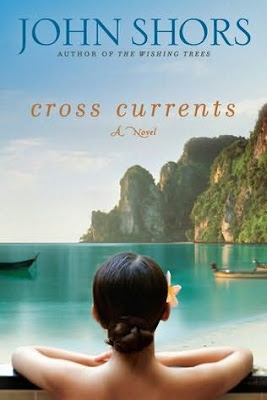 I am really excited today to welcome John Shors, author of Cross Currents, his newest novel releasing tomorrow to Peeking Between the Pages. I’ve had John to my blog several times now because I absolutely love his books and Cross Currents is no different. It is another fantastic read so be sure to pop by tomorrow for my review of it. Another thing I really respect about John, other than his writing, is his desire to help others using his talent as an author. Read on as John shares with us his passion to help others in a post entitled Trying to Make a Difference, One Book at a Time…

In many ways, I’m quite blessed. I get to live my dream of being a full-time novelist. I have a wonderful family. My work allows me to travel the globe. In fact, my only real complaint is a lousy back, but I’ve heard that writers must suffer to create lasting and important novels, so perhaps the bad back is a good thing.

For those of you who have read my books, you know that they take place in exotic locations. I’ve brought the Taj Mahal to life on the page, recreated the South Pacific in World War Two, imagined the fates of street children in Saigon, and taken a father and daughter on a trip around the world. My latest novel, Cross Currents, is set on a beautiful island in Thailand and has to do with the Indian Ocean Tsunami of 2004.

I’m grateful that my novels have connected with people from all walks of life (my books are now in twenty-five languages). That connection has translated into many different things, one of which, quite simply, is sales. The fact that my books have done well allows me to work at home; to take my children to and from school; and to write, write, and write.

About five years ago, when my first novel, Beneath a Marble Sky, was selling briskly around the world, it occurred to me that the success of my novels shouldn’t only benefit me and my family, but other people as well. So I decided to support a charity through each book—a charity that seemed to line up with the story I was telling.

Through some of the funds generated from my novels, I’ve supported Children’s International Summer Villages, Blue Dragon Children’s Foundation, and The Arbor Day Foundation. From the proceeds of my new novel, Cross Currents, I’ll donate to the International Red Cross.

To date, I’m most proud of my work with Blue Dragon Children’s Foundation (http://www.streetkidsinvietnam.com/), which supports disadvantaged children in Vietnam. Through the sales of Dragon House (my novel about street children in Saigon) as well as via direct donations from my readers, we’ve raised enough money to buy more than a thousand street children complete sets of school books. Dragon House also led to increased news coverage of the plight of disadvantaged children, resulting in a piece on CNN about Blue Dragon Children’s Foundation.

I couldn’t help such charities without the support of my readers. So to those of you who have spread the word about my novels—thank you a thousand times over.

John, thank you so much for sharing these thoughts with us. You are an amazing writer and I have nothing but the utmost respect for your desire to help others through your success!

Thailand’s pristine and remote Ko Phi Phi island attracts tourists from around the world, offering a haven to people from all walks of life. Yet even paradise has its perils. Struggling to make ends meet, resort owners Lek and Sarai are happy to give an American named Patch room and board in exchange for his help. But trouble looms when Patch’s brother, Ryan, arrives, accompanied by his beautiful girlfriend, Brooke. Lek learns that Patch is running from the law, and his mere presence puts Lek’s family at risk. Meanwhile, Brooke begins to doubt her love for Ryan, while her feelings for Patch blossom. The two brothers, once inseparable, clash over a choice that could alter their lives.

In a glorious landscape of sea and sky, where nature’s bounty seems endless, these two families are caught in the cross currents of conflict and change – and swept up in an approaching cataclysm that will require all their strength of heart and soul to survive. 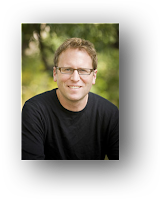 John’s first five novels, Beneath a Marble Sky, Beside a Burning Sea, Dragon House, The Wishing Trees, and Cross Currents, have won multiple awards, and have been translated into twenty-five languages.

I have two copies of Cross Currents by John Shors to share with my readers – one from the author and one from me because, as I have done previously, I will buy a copy to support John and the charity he chooses which is the Red Cross this time. To enter…

Both copies in this giveaway will be open to US & Canadian residents only. I will draw for the winners on Saturday, September 24/11. Good luck to all!