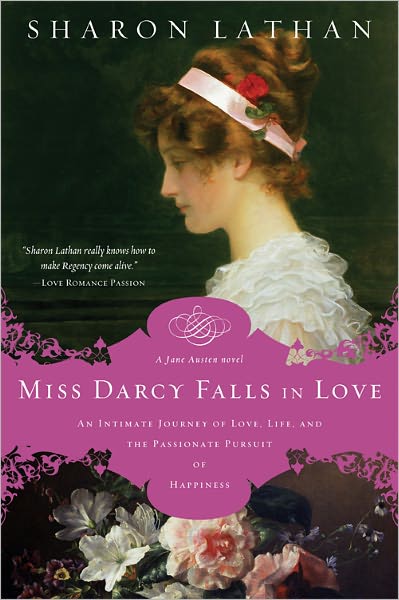 I’m very happy to welcome Sharon Lathan, author of Miss Darcy Falls in Love, to Peeking Between the Pages today.  I’m currently reading Miss Darcy Falls in Love and really enjoying it.  I hope to have my review for you tomorrow or Saturday at the latest.  Unfortunately I got hit with one of my migraines and reading has been impossible.  So I switched some things around and had Sharon guest post today and she’s going to talk with us about some history, specifically The Paris Conservatoire of Music…

I no longer recall when I first stumbled across a reference to the Paris Conservatoire of Music but I do remember that when I did it was an answer to pray. Literally.

From the earliest days of taking on the self-appointed task of writing a future for the characters in Jane Austen’s Pride and Prejudice I held this vision of Georgiana Darcy pursuing music in a greater way than merely entertaining family. I desired this for her but did not know if there was a way to historically make it plausible. One devise was to marry her to a respectable, titled gentleman who was also a musician and composer, thus allowing her to share in his spotlight. With this plot devise in mind I ventured forth, expanding my research to fit the ideas floating in my head which was basically that Georgiana would study music through books, traveling Europe to experience operas and symphonies, and finally meeting a man who allowed her to embrace her talents.

What I never anticipated is discovering that there was a way for Georgiana to receive a formal education. Enter the Paris Conservatoire National Supérieur de Musique. 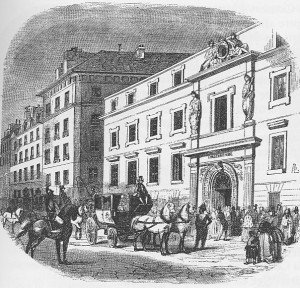 Let me back up a tad and give a bit of history. It is no surprise that English women in the nineteenth century had few rights. Upper class women were educated, but not in a formal university setting. They certainly could not have a “profession” and while those women who performed in the theatre were revered, in general they were not completely “respectable.” Obviously there were exceptions. Jane Austen is a great example from the literary arts and history reveals that women played a major role in music all through the centuries.

European countries across the English Channel were more liberal. Women as singers, composers, and performers of instruments were not only accepted but encouraged and in some cases exalted. Women and Music by Karin Pendle is a wonderful book giving an exhaustive history on the subject. Vienna in the 17th century had four conservatories that offered education to girls with musical talent. France was also a front runner with women trained for sacred chorus and opera. A number of musical institutions came and went, women always participating to some degree.

In 1789 Bernard Sarrette established the Ecole gratuite de Musique de la Garde Nationale (Free School of Music for the National Guard). The main goal was to organize music for the army, but in 1795 the institution was changed with the prime goal being to embrace all branches of music. It was renamed the Conservatoire de Musique and from this inception women were admitted as students.

Instantly the Conservatoire became the leading school for singers, musicians, and composers. The Conservatoire grafted onto the existing Academie de Musique, that being the over two-century old Imperial company performing all of the arts in Paris, swelling the troupe’s number to 250 persons. Theatre dominated Parisian life during the rule of Napoleon, the brilliant epoch lasting until his overthrow in 1814. Political upheaval nearly saw the demise of the arts, but luckily Louis XVIII was a restorationist and lover of theatre. The Paris Conservatoire of Music persevered, thrived, and to this day is considered one of the largest and most prestigious conservatoires in Europe with branches for dramatic arts and dance added to the established foundation of music.

How many women were there in the Conservatoire in 1820 when my novel is set? The truth is I do not know. Precise records, if they exist, I could not find. There is no doubt whatsoever that male students, and performers, vastly out numbered women. I will even be honest and admit that non-French students were rare at that time. However, I did uncover a handful of historical references, and with a novelist best friend at her disposal – that being “creative license” – I was thanking the Maker for answering my prayer and went for it!

Sharon, thank you so much for this fascinating guest post!  I love when I’m able to learn something new.  Thanks again for being a guest here at Peeking Between the Pages!

About Miss Darcy Falls in Love by Sharon Lathan

Noble young ladies were expected to play an instrument, but Georgiana Darcy is an accomplished musician who hungers to pursue her talents. She embarks upon a tour of Europe, ending in Paris where two very different men will ignite her heart in entirely different ways and begin a bitter rivalry to win her. But only one holds the key to her happiness.

Set in post-Napoleonic Empire France, Miss Darcy Falls in Love is a riveting love story that enters a world of passion where gentlemen know exactly how to please and a young woman learns to direct her destiny and understand her heart. 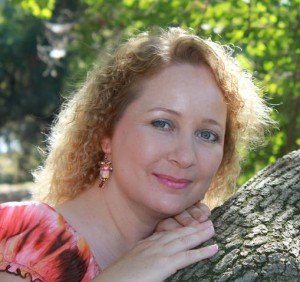 Sharon Lathan is the best-selling author of The Darcy Saga sequel series to Jane Austen’s Pride & Prejudice. Her previously published novels are: Mr. and Mrs. Fitzwilliam Darcy: Two Shall Become One, Loving Mr. Darcy, My Dearest Mr. Darcy, In the Arms of Mr. Darcy, A Darcy Christmas, and The Trouble With Mr. Darcy. Miss Darcy Falls in Love is Georgiana’s tale of love and adventure while in France. Complete with a happy ending. In addition to her writing, Sharon works as a Registered Nurse in a Neonatal ICU. She resides with her family in Hanford, California in the sunny San Joaquin Valley. Visit Sharon on her website: www.sharonlathan.net and on Austen Authors, her group blog with 20 novelist of Austen literature: www.austenauthors.com

I have one copy of Miss Darcy Falls in Love by Sharon Lathan to share with my readers.  To enter…

This giveaway is open to US and Canadian residents only (no PO boxes) and I will draw for the winner on Saturday, December 3/11.  Good luck!