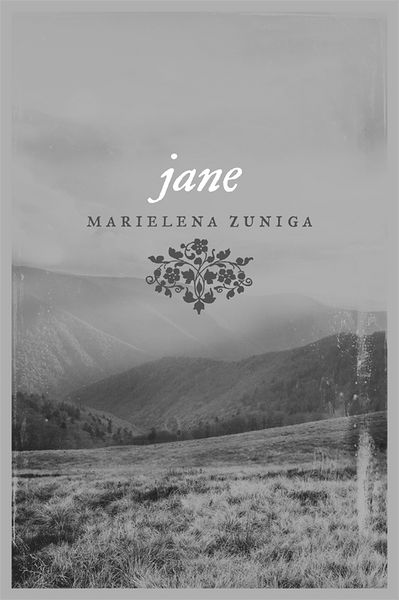 It is present day and Jane Elliott is living and working at Lavendar Hall as a nanny to eight year old Rochelle. Jane had been living living in a convent for the past 10 years but, because of an unstable Mother Superior, she had been asked to leave. Thankfully she found a position where she had room and board. One of Jane’s great loves is the classic Jane Eyre; really because she’s always felt that she and Jane Eyre share so much in common in their lives. It really shouldn’t have come as any surprise to Jane, that after she’s hit by lightening while reading Jane Eyre, she awakens to find none other than Jane Eyre standing over her.

It seems that she and Jane Eyre have been brought into each others lives in order to help each other but wait, Jane Eyre is a fictional character, is she not? Jane is quite certain she must be losing her mind and yet, over the next while Jane Eyre appears to her many more times. They begin to form a friendship with each other sharing their troubles which strangely seem very similar. The thing is though that Jane knows what is going to happen to Jane Eyre – she’s read the book. Several times Jane Eyre tells Jane that she’s going to steer off the path and this sends Jane into a tizzy. She simply must follow the path set out for that Charlotte Bronte created in her beloved novel.

Nevertheless, Jane must live her own life as well. Despite trying hard to keep to herself, she finds her attraction to Mr. Bentley growing. However there are other things at Lavendar Hall that are seriously troubling her like those awful screams in the middle of the night that it seems nobody but her is hearing. Every time she mentions it to anyone they brush her off. Eventually Mr. Bentley wins her heart and being plain Jane as she is, she is overwhelmed with love for the man. They marry and everything seems fine for a while. However, it’s not long before everything falls apart for Jane and she must decide what is best for her future.

This novel follows closely with the original story of Jane Eyre although set in a more modern time. Modern day Jane is the same as Jane Eyre in that she’s lived her life without love or friends. Much of the same happens to both women although with a little different of a twist for modern day Jane. If you love the novel Jane Eyre as I do then it’s likely you’d enjoy this novel. I’m not sure it offers any major difference between the two novels as some spin-offs do, but it is a good read and I really enjoyed it. I really liked the idea of the parallel lives. How cool would it be to have your favorite fictional character pop into your life one day? As I said, if you’re a lover of Jane Eyre, then you should definitely check out Jane!

You can find Marielena on Facebook and you  can pick up your own e-copy of Jane for your Kindle or your Nook for only $2.99!

Source: Review copy provided by the author. No compensation was received for this review and all opinions are mine alone.