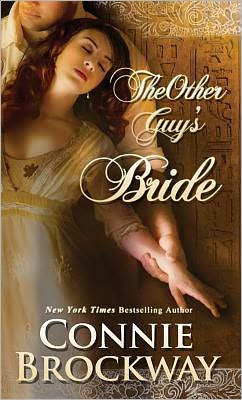 Happy Saturday everyone!  Is everyone busy getting ready for Christmas?  Well I have a great book to spotlight for you today called The Other Guy’s Bride by Connie Brockway which is releasing on December 22!  I haven’t had the pleasure of reading it myself yet but it sure is getting some awesome 5 star reviews on Amazon.  Today I’m going to share with you a Q&A with Connie Brockway (pre-perpared from publicist) and share with you what the book is about.  Be sure to check out the giveaway at the end of the post as well!  Enjoy the Interview with Connie Brockway…

Question: You’ve written over 20 different titles ranging from historical romance to contemporary women’s fiction. What inspired you to write The Other Guy’s Bride?

Connie Brockway: For years, readers have been asking me to write sequels to two of their favorite books, As You Desire and All Through the Night. Happily, they happen to be two of my favorites also, so the idea of revisiting the characters and settings has always been particularly appealing and always something I intended to do. After spending the last five years doing Regency romances, I’ve been starving to write something set outside the British Isles, something that would be both familiar and exotic. Turn-of-the-century Egypt fit the bill. Not only is it historically and culturally rich, but a treasure trove of fun and fascinating minutiae (and I do love my minutiae). Bonus points for being peopled with intriguing historical figures from all over the world. And finally, that sort of milieu provides the opportunity to write a love story outside the mainstream of Polite Society, where the rules are different, the stakes are higher, the romance more exquisite.

Question: Since this is, as you mentioned, a departure from your Regency romances, what research did you do while writing the book to help you create the setting and your characters?

Connie Brockway: Books. Dozens of nonfiction books. I read about Thomas Cook’s ship tours and the advent of all-inclusive cruising, Mark Twain’s journals about his trip to Egypt, histories of ancient Egypt and the Sudan, books about the French Foreign Legion and the life of Sir Eldon Gorst and books about the birth of archeology and the establishment of Arabian horse bloodlines. And then there were the websites and the hyperlinks, and…

Question: Is there any character you most identify with? Why?

Connie Brockway: Well, since I just finished cleaning up the house after the Easter extravaganza, I’d have to say the housemaid.

Question: How does The Other Guy’s Bride compare to your previous titles? What can readers expect?

Connie Brockway: I expect readers will find all the elements they’ve enjoyed in the past: engaging characters, irreverent humor, and sigh-provoking romance. But it will have a freshness and spark that comes out of my feeling less of a need to follow a proscribed romance blueprint.

Question: What other authors or books have influenced your writing?

Connie Brockway: Such a hard question! I read constantly in all sorts of genres and it’s hard to pin-point specific titles but as far as romances go, I started out being drawn to the rich, detailed narrative styles of Victoria Holt and Mary Stewart. Dorothy Cannell’s mysteries, starting with The Thin Woman, gave me my first inkling that romance could be downright hilarious and still breathtaking. The unique, fully-fleshed characters created by authors as Pat Gaffney, Laura Kinsale, and the wonderful late Edith Layton have certainly inspired me to be equally conscientious in creating my own characterizations.

Question: Have you considered trying your hand at other genres?

Connie Brockway: I’ve already authored two books that crossed from contemporary romance into contemporary women’s fiction. I’m very intrigued about relationships outside of a strictly romantic one, how those bonds morph and develop throughout a lifetime, as well as community and family dynamics. Those books gave me the chance to indulge my curiosity. As for the future, I’m almost always in the middle of reading a mystery and hope to some day try my hand at historical mystery.

About The Other Guy’s Bride by Connie Brockway (from Amazon.com)

Determined to prove her worth as a budding archeologist, Ginesse Braxton vows to solve one of the world’s greatest mysteries–to find the location of the lost city of Zerzura. Unfortunately, no man dares take the risk of escorting the resolute young scholar across the open desert. But on her way to Egypt, Ginesse engages in a daring deception: She will switch places with Mildred Whimpelhall, who is traveling to meet her fiancé.

Cynical adventurer Jim Owen will do anything to escape the dark secrets of his troubled past. Betrayed by the woman he loved and scorned by proper society, he agrees to carry out a danger-fraught task: escort Mildred Whimpelhall across a lawless desert to her intended. But Jim is about to learn that “Mildred” isn’t exactly what she seems…and the dangers they face together are eclipsed by an even greater peril: falling in love, against all reason, with another guy’s bride.

Pre-order The Other Guy’s Bride at Amazon.com or Amazon.ca 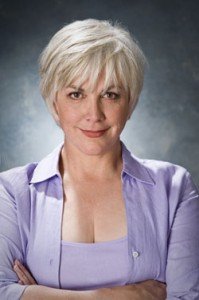 Connie’s early years are shrouded in mystery. What we do know is sketchy and incomplete but will be presented here in lieu of another way to fill space.

Brockway claims to be a native of either Minnesota or New York. Neither has been confirmed. She also claims to be thirty-two. No one has even bothered looking into this.

We do know she was attending graduate school at the University of Minnesota when she became involved with medical student, David Brockway. At some point they apparently legalized the relationship because when next she surfaces, she is sporting a new surname and a daughter.

A decade of relative anonymity ensues– except for the infamous alien encounter photographs which have, of course, now been debunked. No substantiated records occur until 1994 when Brockway published her first book, PROMISE ME HEAVEN.

Since then she has written over twenty full-length novels and anthology stories, bringing the current number of her books in print to over 1,500,000 published in thirteen countries.

An eight time finalist for Romance Writers of America prestigious RITA award, Brockway has twice been its recipient, first in 1998 for My Dearest Enemy and in 2002 for The Bridal Season. Her books regularly appear on national and regional bestseller lists and are frequent Doubleday/Literary Guild selections.

Today Connie lives in Minnesota with her husband David, a family physician, and two spoiled mutts.

I have 3 copies of The Other Guy’s Bride by  Connie Brockway to share with my readers.  To enter…

This giveaway is open to US and Canadian residents only (no PO boxes) and I will draw for the winners on Saturday, January 7/12.  Good luck everyone!