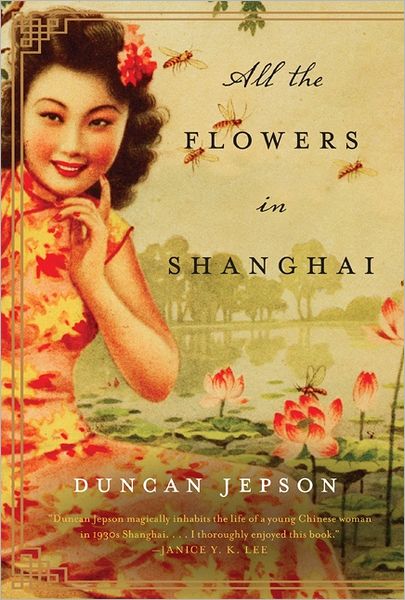 It is 1930’s Shanghai and Feng is just a young woman of seventeen. She has grown up in the shadow of her sister as the second born and realizes she holds no importance in the family. Her sister has been groomed to marry into a family that will ultimately further her own family along. The wedding is set but Feng’s sister falls ill and passes away. Feng’s family must save face and therefore offer up their other daughter in marriage instead. Innocent in every way Feng is quickly thrown into a world that terrifies her and steals her innocence away.

Feng is married into the powerful and rich family of the Sangs. Feng has no idea of the ways between men and women but her husband seems to be kind when he isn’t around the rest of his family. Much of the trouble starts when he visits her bedroom. At first he is patient and doesn’t push her too hard but after being humiliated by his mother he forces himself on Feng. The most important thing to the family is for Feng to produce an heir – a son. As naive as Feng is she does understand that her role is to produce an heir and eventually she does become pregnant. Her first pregnancy doesn’t go according to plan and she loses the child but what she gains from it is some power over others in the house including her husband. After Feng’s son is born she devotes herself to him and while she and her husband don’t live together as man and wife anymore they are civil and enjoy each others company.

As time goes on Feng’s son grows into a young man that both of his parents are proud of. Yet something lurks in Feng’s past and it is about to rear it’s ugly head. When confronted with the awful truth of something she had done in the past she runs from everything she has ever known. She heads straight into a China that is in a political turmoil leaving behind the security and privileged life she has led as part of the Sang family. Life is not so easy for Feng in the outside world but as she has made mistakes in her past, she feels that it is nothing she doesn’t deserve.

The journey through Feng’s life was many times difficult to read because of the way women were treated. It’s hard to imagine in our world that baby girls are considered useless and nothing but a disappointment. It’s hard to imagine that women would have baby girls taken away at birth instead of suffering the humiliation of having born one. A world where a woman’s only goal in life is to please her husband and have no say in anything at all is certainly one I’m glad to not have been born into. I have long been interested in reading novels about Chinese culture because it does fascinate me. I love the way they hold tradition and customs in high esteem but when saving face means really hurting people it’s something that is upsetting. Yet will I stop reading these books – no because I still love learning about their traditions, ways, and their food. These books will always fascinate me even while the treatment of women upsets me.

Source: Review copy provided by TLC Book Tours and the publisher. No compensation was received for this review and all opinions expressed are my own.