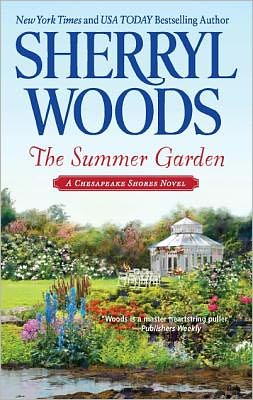 Happy Sunday everyone!  Sorry – no Sammy today.  He’ll be back next Sunday with a lovely new haircut!  In the meantime I’m pleased to spotlight Sherryl Woods newest book The Summer Garden releasing on January 31!  As I’ve mentioned before my mom adores Sherryl Woods and I’ve read a few of hers in the past that I liked as well so I’m always happy to have her here on Peeking Between the Pages.  I’m going to tell you a bit about the book and be sure to check out the giveaway at the end of the post!

About The Summer Garden by Sherryl Woods

Falling for “Maddening Moira” O’Malley was the unexpected highlight of Luke O’Brien’s Dublin holiday. When she pays a surprise visit to Chesapeake Shores, Luke is thrilled… at first. A fling with this wild Irish rose is one thing, but forever? Maybe someday, but not when he’s focused on establishing a business that will prove his mettle to his overachieving family.

Given Luke’s reaction, Moira has some soul-searching of her own to do. Scarred by her father’s abandonment, she wonders if Luke, with his playboy past, is truly the family man she longs for. Adding to her dilemma, she’s offered an amazing chance at a dream career of her own.

Deep down, though, Moira knows home is the real prize, and that love can be every bit as enchanted as a summer garden.

Pre-order The Summer Garden at Amazon.com or Amazon.ca 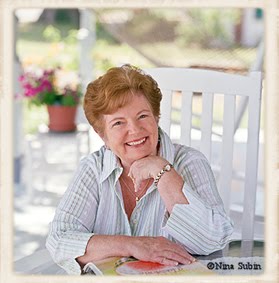 I have one copy of The Summer Garden by Sherryl Woods to share with my readers.  To enter…

This giveaway is open to US and Canadian residents only (no PO boxes) and I will draw for the winner on Saturday, February 18/12.  Good luck everyone!