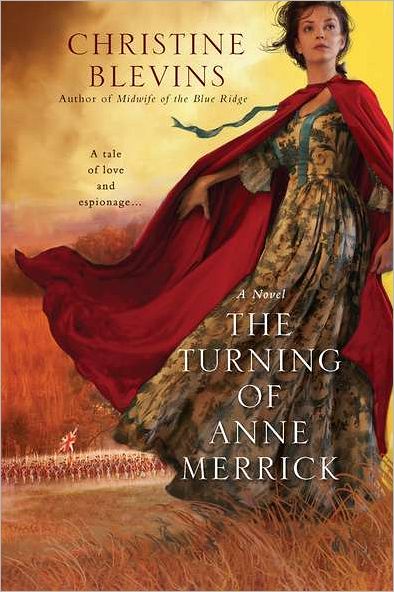 I’m really pleased to welcome Christine Blevins, author of The Turning of Anne Merrick, to Peeking Between the Pages today.  I will be on tour with Historical Fiction Virtual Book Tours on March 8  with a review of The Turning of Anne Merrick but for now I have a wonderful guest post from Christine along with a great giveaway of a couple of copies of her newest book and a wonderful stationery set.  I hope you all enjoy Christine’s guest post entitled The Taste of Revolution…

Because I find so much pleasure in cooking and eating, I tend to feature comestibles and cooking in my novels. These types of delicious historical tidbits are among the most fun to research, and it is always such a delight to try and weave the tastiest of them into the story.

While writing The Turning of Anne Merrick I would easily get lost in learning about Iroquoian techniques for cooking and eating indigenous woodland ingredients, like the snack “chips” made from the innerbark of a white pine the Oneidan scout Neddy made for Jack Hampton. It was fascinating to find out how soldiers like Titus Gilmore prepared standard but ingenious Army rations like Pocket Soup, and then compare that to the elaborate meals prepared in the “French Style” by the British General Burgoyne while in the middle of the wilderness on campaign. 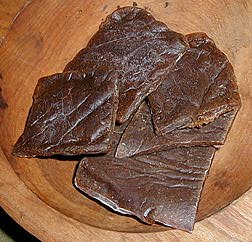 Though most goodwives might write down and keep a collection of her receipts, published cookbooks of the period were few and far between. One of the best sources I used is considered the first American cookbook. With the ponderous title of American Cookery, or the Art of Dressing Viands, Fish, Poultry and Vegetables, and the Best Modes of Making Pastes, Puffs, Pies, Tarts, Puddings, Custards and Preserves, and All Kinds of Cakes, from the Imperial Plumb to Plain Cake. Adapted to this Country, and all Grades of Life by Amelia Simmons, it was first published in 1796. 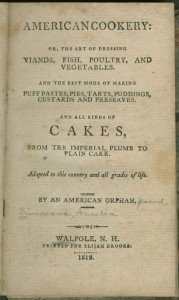 When I read these recipes, not only can the ingredients and preparations seem odd (and sometimes gross) the recipe “prose” quite often brings a smile to my face. I am always struck by the quaint and descriptive terminology used – a stew is “simmered softly”, and one should “milk your cow directly into” the syllabub. Without standardized measurement 18th century cooks relied on “handfuls” and “pinches”, or most often, the recipe didn’t even bother with exact amounts.

The founders would have a hard time recognizing most of the food and drink we 21st century Americans consume. Here is a sampling of what you might find to eat and drink once you climbed out of your time travel machine in 1777:

Sons & Daughters of Liberty! Give memorable Proof of your patriotism and abstain from the Pernicious Custom of drinking British tea.
A Receipt for a Proper Liberty Tea
Blend in equal parts: Lemon Balm, Rose Petals, Lavender Flowers and Crushed Red Root. Steep a generous pinch in a pint of boilt water. Pour and strain. If you are fortunate, sweeten with a lump of shop sugar and a good measure of rich cream.

Mom not only brewed the libation, she made the yeast!!!!
Spruce Beer
Take four ounces of hops, let them boil half an hour in one gallon of water, strain the hop water then add sixteen gallons of warm water, two gallons of molasses, eight ounces of essence of spruce, dissolved in one quart of water, put it in a clean cask, then shake it well together, add half a pint of emptins (see below) then let it stand and work one week, if very warm weather less time will do, when it is drawn off to bottle, add one spoonful of molasses to every bottle.
Emptins (yeast):Take a handful of hops and about three quarts of water, let it boil about fifteen minutes, then make a thickening as you do for starch, strain the liquor, when cold put a little emptins to work them, they will keep well cork’d in a bottle five or six weeks. 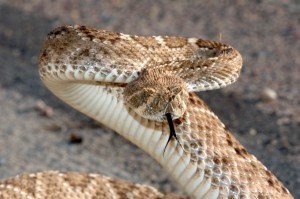 Who can resist a recipe that begins with the words “Take a large rattlesnake…”?
Snake Stew
Take a large rattlesnake— skin, gut, and wash it until clean; cut into pieces no longer than the two joints on your finger. Set meat into a clean pot and put to them a gallon of water. Season well with a handful of salt, a blade or two of mace, whole pepper black and white, a whole onion stuck with six or seven cloves, a bundle of sweet herbs, and a nutmeg. Cover the pot and let all stew softly until the meat is tender, but not too much done. Pick the meat out onto a dish. Strain the pot liquor through a coarse sieve. Return the meat; cut carrots into coins and add with peeled Irish potatoes. Take a piece of butter as big as a walnut and roll in flour. Put into pot with one cupful each of catchup, and sack; Stew till thick and smooth and send to the table speckled with minced parsley.

Got cow? Then you got dessert!
To make a fine Syllabub from the Cow
Sweeten a quart of cider with double refined sugar, grate nutmeg into it, then milk your cow into your liquor, when you have thus added what quantity of milk you think proper, pour half a pint or more, in proportion to the quantity of syllabub you make, of the sweetest cream you can get all over it. 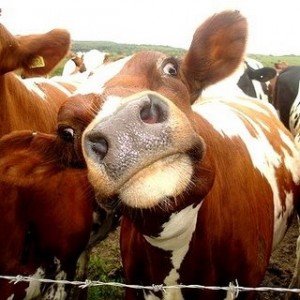 About The Turning of Anne Merrick

The new United States of America.

It’s 1777, and a fledgling country wages an almost hopeless struggle against the might of the British Empire. Brought together by a fateful kiss, Anne Merrick and Jack Hampton are devoted to each other and to their Patriot cause. As part of Washington’s daring network of spies, they are ready and willing to pay even the ultimate price for freedom.

From battlefields raging along the Hudson, to the desperate winter encampment at Valley Forge and through the dangerous intrigue of British-occupied Philadelphia, Anne and Jack brave the trials of separation, the ravages of war and an unyielding enemy growing ever more ruthless.

For love and for country, all is put at risk-and together the pair must call upon their every ounce of courage and cunning in order to survive.

Buy The Turning of Anne Merrick at Amazon.com or Amazon.ca 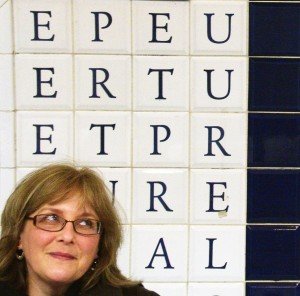 Author Christine Blevins writes what she loves to read – historical adventure stories. The Turning of Anne Merrick is the second in a 3-book series set during the American Revolution, and the companion book to The Tory Widow. A native Chicagoan, Christine lives in Elmhurst, Illinois, along with her husband Brian, and The Dude, a very silly golden-doodle. She is at work finishing the third novel inspired by a lifelong fascination with the foundations of American history and the revolutionary spirit.

I have 2 copies of The Turning of Anne Merrick by Christine Blevins to share with my US only readers.  As well I have a giveaway from Christine for 1 package of 18th Century Paper Goods – these sheets and envelopes are perfect for keeping track of your favorite recipes. The bundle is decorated with a quill and wrapped for convenient stowing in your cupboard.  Isn’t this package gorgeous!  So, 2 winners will win a copy of the book and 1 winner will win the stationery set. 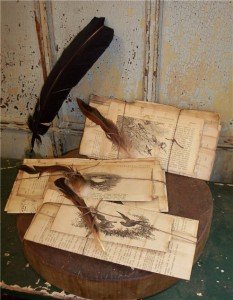 This giveaway is open to US residents only (no PO boxes) and I will draw for the winners on Saturday, February 25/12.  Good luck everyone!