Good Saturday morning everyone!  I hope you are all having a great weekend so far.  We’re under a bit of snow here – we got a good pile of snow over the last few days.  Sammy is loving it!  Today I’m going to spotlight So Pretty It Hurts by Kate White for you all which is the newest edition to the Bailey Weggin’s mystery series although it sounds to me as though it could stand quite well on it’s own its own too.  Let’s take a look at what the book is about and stay tuned for the giveaway at the end of the post as well! 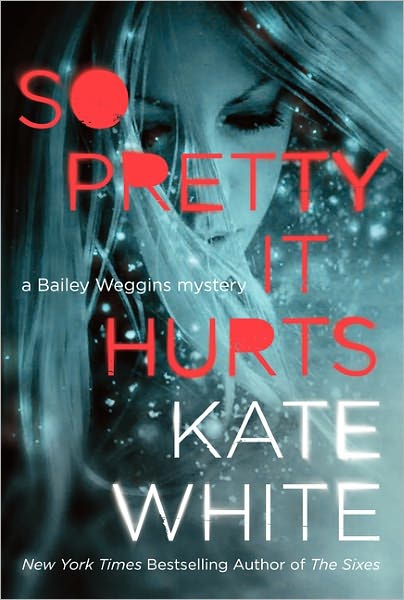 Bailey Weggins, the thirty-something, true crime journalist for Buzz, a leading celebrity magazine, needs a break. Plenty busy with her day job, her freelance work, and trying to get her first book noticed, she barely has time for her recently exclusive boyfriend, Beau Regan, much less herself. When Beau goes out of town, Bailey accepts an invitation with her friend Jesse to a music mogul’s weekend house in upstate New York.

But, the relaxing weekend getaway turns out to be more like an Agatha Christie whodunit. A weird tension has infected all the guests—a glamorous crowd of journalists and models, including the famous, and famously thin, supermodel Devon Barr. An impending snowstorm only adds to the tension. When Devon’s cold, lifeless body is found in her bed, Bailey immediately suspects foul play: she can’t shake the memory of a fearful and angry Devon shivering in the woods outside the house, whispering , “I have to get out here . . . It’s not safe for me.”

When evidence goes missing from the crime scene, Bailey once again finds herself a moving target—running closer to the truth and farther from safety.

Read an excerpt
Buy So Pretty It Hurts at Amazon US, Amazon Canada, and B&N 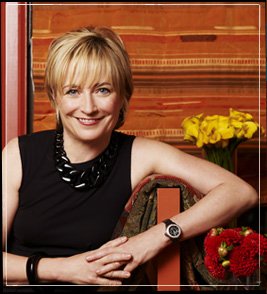 Kate White is recognized internationally as not only the veteran editor-in-chief of Cosmopolitan, the bestselling young women’s magazine in the world, but also the critically acclaimed author of both fiction and nonfiction books. Few high-profile editors have successfully balanced the rigors of overseeing a major magazine with a thriving and independent writing career.

It all began when Kate won Glamour magazine’s Top Ten College Women contest and appeared on the cover. She earned a position at the magazine and quickly rose from editorial assistant to feature writer and columnist. After holding key jobs at several national magazines, she became an editor-in-chief, running four magazines (including Redbook) before taking the helm at Cosmopolitan in 1998. In the 13 years she’s been at Cosmo, guaranteed circulation has grown by 700,000. She also oversees Cosmo Books, Cosmopolitan.com, and the apps Cosmo produces.

Drawing on experiences from her successful career, Kate published the bestselling career bible, Why Good Girls Don’t Get Ahead… but Gutsy Girls Do. Her next career book, Sweet Success: How to Get It, Run With It, Savor It, will be published in Fall 2012.

Kate also has a passion for writing fiction. Penning her first novel, If Looks Could Kill, in 2002—which was selected as Live With Regis and Kelly’s first Reading With Ripa book-club pick and shot to number one on Amazon—Kate introduced her feisty and irreverent sleuth, Bailey Weggins. Bailey went on to solve more grisly murders and entertain readers in A Body to Die For (2003), Til Death Do Us Part (2004), Over Her Dead Body (2005), and then again in Lethally Blond (2007), all New York Times bestsellers. The next Bailey Weggins mystery, So Pretty It Hurts, will be published in 2012.

Kate’s first stand-alone thriller, Hush, was published by HarperCollins in March 2010 and became a New York Times bestseller. Her next thriller, The Sixes, published in 2012, is the story of Phoebe Hall, who takes a job teaching at a college and discovers a secret society on campus that may be responsible for several grisly murders.

Kate’s writer’s eye has been described by The New York Times as “scathingly observant,” capturing “the mood…with a verisimilitude some of her peers might recognize.” The Los Angeles Times says of Kate’s work: “It’s like devouring a box of chocolates!”

Through her magazine work and her books, Kate White has influenced at least two generations of women with her unique honesty, passion, and imagination. She is the winner of the Matrix Award for Outstanding Achievement in Communication as well as the Woodhall Institute Award for Ethical Leadership.

Kate is married with two children.

I have one copy of So Pretty It Hurts by Kate White available for giveaway to my readers.  To enter…

This giveaway is open to US and Canadian residents only (no PO boxes) and I will be drawing for the winner on Saturday, April 14/12.  Good luck everyone!