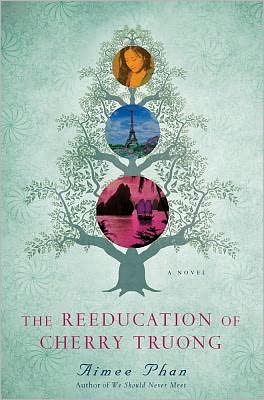 Happy Tuesday everyone!  Today I’m spotlighting The Reeducation of Cherry Truong by Aimee Phan which releases today!  This novel sounds really good and I’m anxious to read it although it’ll be a bit before I can.  Her writing has been compared to Amy Tan of whom I’m a big fan so anything in that vein is likely to be a good read for me.  I’m going to share with you what the book is about and a bit about Aimee Phan and then you’ll have the opportunity to maybe win a copy for yourself!

Cherry Truong’s parents have exiled her wayward older brother from their Southern California home, sending him to Vietnam to live with distant relatives. Determined to bring him back, 21-year-old Cherry travels to their homeland and finds herself on a journey to uncover her family’s decades-old secrets—hidden loves, desperate choices, and lives ripped apart by the march of war and currents of history.

The Reeducation of Cherry Truong tells the story of two fierce and unforgettable families, the Truongs and the Vos: their harrowing escape from Vietnam after the war, the betrayal that divided them, and the stubborn memories that continue to bind them years later, even as they come to terms with their hidden sacrifices and bitter mistakes. Kim-Ly, Cherry’s grandmother, once wealthy and powerful in Vietnam, now struggles to survive in Little Saigon, California without English or a driver’s license. Cherry’s other grandmother Hoa, whose domineering husband has developed dementia, discovers a cache of letters from a woman she thought had been left behind. As Cherry pieces their stories together, she uncovers the burden of her family’s love and the consequences of their choices.

Set in Vietnam, France and the United States, Aimee Phan’s sweeping debut novel reveals a family still yearning for reconciliation, redemption, and a place to call home. The Reeducation of Cherry Truong debuts in March 2012 through St. Martin’s Press. 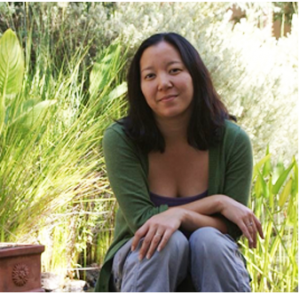 AIMEE PHAN grew up in Orange County, California, and now teaches in the MFA Writing Program and Writing and Literature Program at California College of the Arts. A 2010 National Endowment of the Arts Creative Writing Fellow, Aimee received her MFA from the University of Iowa, where she won a Maytag Fellowship.

Her first book, We Should Never Meet, was named a Notable Book by the Kiryama Prize in fiction and a finalist for the 2005 Asian American Literary Awards. She has received fellowships from the MacDowell Arts Colony and Hedgebrook. Her writing has appeared in The New York Times, USA Today, and The Oregonian.

I have one copy of The Reeducation of Cherry Truong by Aimee Phan to share with my readers.  To enter…

This giveaway is open to US and Canadian residents only (no PO boxes) and I will draw for the winner on Saturday, March 31/12.  Good luck!