Today I’m spotlighting The Whip by Karen Kondazian as part of her blog tour with WOW! Women on Writing and it really sounds like a good read.  Unfortunately due to circumstances I had hoped to have a review of the novel but you’ll all just have to settle for a book spotlight instead.  I do hope to read this one at some point though as I enjoy stories about that are inspired by true events.  So, settle in as I tell you a bit about the book and author and don’t forget to check out the giveaway at the end of the post as well! 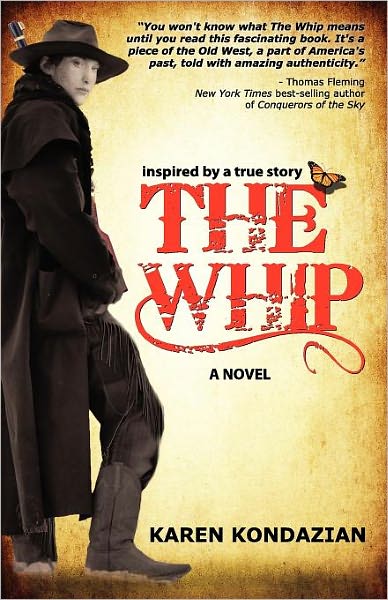 The Whip is inspired by the true story of a woman, Charlotte “Charley” Parkhurst, who lived most of her extraordinary life as a man in the Old West. As a young woman in Rhode Island she fell in love with a runaway slave and had his child. The destruction of her family drove her to California, dressed as a man, to track the killer. Charley became a renowned stagecoach driver for Wells Fargo, killed a famous outlaw, had a secret love affair, and was the first woman to vote in America in 1868 (as a man!).

Buy The Whip at Amazon.com, B&N, and Amazon.ca 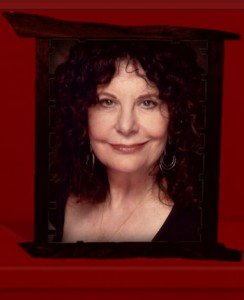 Karen Kondazian’s life dream was to be a CIA spy . . . until she turned eight and she was invited to appear on Art Linkletter’s “Kids Say the Darndest Things.” After several days of missing school to tape the show Karen realized that acting was indeed her true calling. Karen has an extensive list of both theatre and television roles she’s played and also teaches at the Lee Strasberg school of Theatre and Film in Hollywood. Karen’s first foray into writing also stayed in the acting realm: The Actor’s Encyclopedia of Casting Directors. But now she’s branched out into historical fiction with a main character that any actress would love to play!

[Editor’s note: If Karen looks familiar that may be because she was featured in this month’s issue of WOW! Women On Writing. Karen shares her expertise in the feature article, It’s Not Easy Being a Historical Fiction Writer.]

I have one copy of The Whip by Karen Kondazian to share with my readers.  To enter…

This giveaway is open to US and Canadian residents only (no PO boxes) and I will draw for the winner on Saturday, May 19/12.  Good luck!