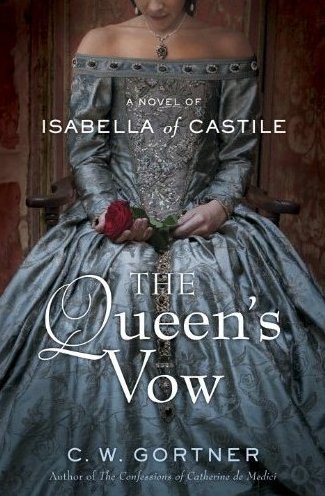 As a long time fan of C.W. Gortner, I was anxious to read his newest The Queen’s Vow and it stands as yet another fantastic novel from this amazing author. In The Queen’s Vow we are taken into the life of Isabella who eventually becomes the Queen of Spain. This is a beautiful novel that is rich in historical detail and perfectly weaves in a fictional tale that takes the reader back in time to experience the joys, sorrows, and betrayals of its people.

Queen Isabella of Castile is known in history for some events that don’t cast a good light on her like the expulsion of the Jews from Spain and the Spanish Inquisition. Yet, in The Queen’s Vow, C.W. Gortner takes us into this woman’s life from a young girl to a mature woman and gives us insight into who she was, what she felt, and that while some of her decisions were awful, it was what she believed at the time to be right. First and foremost, in Queen Isabella’s era, Catholicism was the revered religion and anything else was simply not tolerated. For Isabella many decisions were based on her extreme devoutness to her God and her country.

One of the main things about Isabella that stands out immediately even from a young girl is her determination to be who she wants to be, to be outspoken, and not to be ordered about. However, in the 1400’s a girl’s life wasn’t her own. She was a bargaining chip for the most part. For Isabella though she meets the love of her life in Fernando as a young girl and while they don’t see each other for many years their love withstands. She staunchly refuses to marry anyone that her half brother King Enrique orders her to and even ends up imprisoned. Eventually though she and Fernando marry, have a family, fight wars together, and most of all rule together. Their love weathered many obstacles but what kept them together and strong was their strong faith in God and fighting for their country.

I thought Isabella was a great character minus the awful things she did do in history. In The Queen’s Vow though she is painted as a real woman with hopes and dreams. I admired her spunk and determination especially in a time when women didn’t have rights. She fought and fought hard to be recognized and eventually become the Queen of Spain. She was also a woman who believed strongly in the education of women. She was anxious to learn more herself and made it a point to ensure her children were educated whether they be boys or girls.

As I’ve come to expect from C.W. Gortner’s novels, The Queen’s Vow is rich in historical detail and we see this world through his vivid descriptions. He kept me enthralled with Isabella’s story and I loved every minute. I did not know a lot about her before reading this. I have only read a bit about her daughter Juana of Castile who is just a young girl in this novel so The Last Queen is next on my reading list. I know I’ve said this many times before but that is the sign of a good historical novelist when they can keep you turning those pages while teaching you something as well. What I took away from this novel is that while Isabella may have done some bad things she also did a lot of good and one of those things was showing the power and strength of a woman. This is another great read from C.W. Gortner and it’s sure to please his fans and historical fiction fanatics!

I read The Queen’s Vow by C.W. Gortner for his book tour with Historical Fiction Virtual Book Tours. Be sure to pop in and visit the other tour stops to see what they are saying about the book. You can find C.W. Gortner on his website, Facebook, and Twitter. You can purchase your own copy of The Queen’s Vow here in the US and here in Canada. 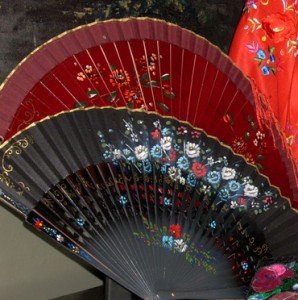 I have one copy of The Queen’s Vow by C. W. Gortner and a painted Spanish fan to share with one of  my readers . To enter…

This giveaway is open to US & Canadian residents only (no PO boxes) and I will draw for the winner on Saturday, July 7/12.  Good luck!