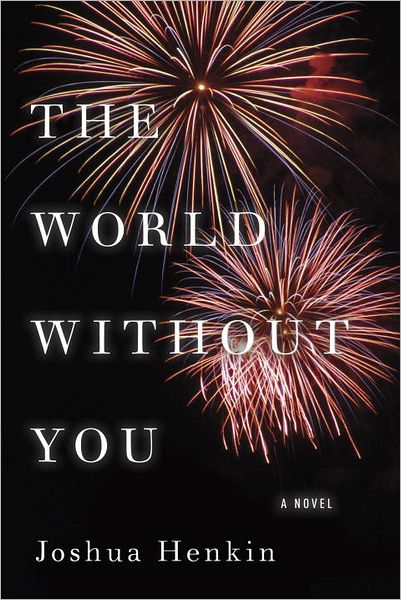 The World Without You by Joshua Henkin is the second novel by him that I have read and it releases next week on June 19 . I read one of his other novels Matrimony (my review) a few years back and I enjoyed it. Once again Joshua Henkin tackles the rocky road of marriages and relationships and the effects that a devastating loss can have on those involved.

The Frenkel family has had a really rough year and it’s taken a toll on the whole family. They’ve all come together at their summer home to have a memorial for Leo, the youngest and only boy of four kids, who had been killed while on assignment as a journalist in Iraq the previous year. The World Without You takes a deep look into this fractured family one by one and as a whole.

Parents Marilyn and David have been married for over forty years but the death of their son has left them both grappling to just survive as a couple. They don’t talk anymore and each has handled Leo’s death differently and in their own way and that is precisely Marilyn’s problem with her husband. While she still feels the need to solely focus on their son’s death and the events surrounding it, David is instead trying to find things to help him move on and heal in life.

Clarrissa, the oldest, is married and now knee deep in trying to get pregnant. For years she hadn’t wanted children but after her brother’s death it became her focus and that’s beginning to wear on her marriage. Lily has always been the one to distance herself from things and now is no different. Then there is Noelle who has always been the oddball out with her sisters and even Leo. As a teen she was always a handful trying to get attention but as an adult she moved to Jerusalem with her husband and four boys and became an Orthodox Jew. Then there is Thisbe who was Leo’s wife and their young son Calder. Thisbe loved Leo with everything and she is feeling guilty about wanting to move on. They are all struggling to come to terms with their brother’s death and how to live without him.

The news that their mother is planning on leaving their father hits them all hard. They had always thought their parents had the perfect marriage. They are stunned and angry and it sets off a multitude of different reactions and consequences for everyone’s relationships with each other. Can this broken family heal? Can they move on and mend their own lives? Will Marilyn and David realize that a lifetime of loving each other and the beautiful children they made together is a good reason to stay together and make it work?

I enjoyed The World Without You from Joshua Henkin. This isn’t a novel where you’ll come away feeling any connection with the characters or at least I didn’t. It also isn’t a fast paced story. The author takes you through everyone’s lives present and past giving you a clear idea of who they are now and how they related to Leo. I would describe it as a slow family drama unfolding more and more as you turn the pages. I enjoyed it because I like the in-depth look Joshua always takes at the inner workings of a family or couple in crisis. I look forward once again to whatever Joshua tackles in his next novel!