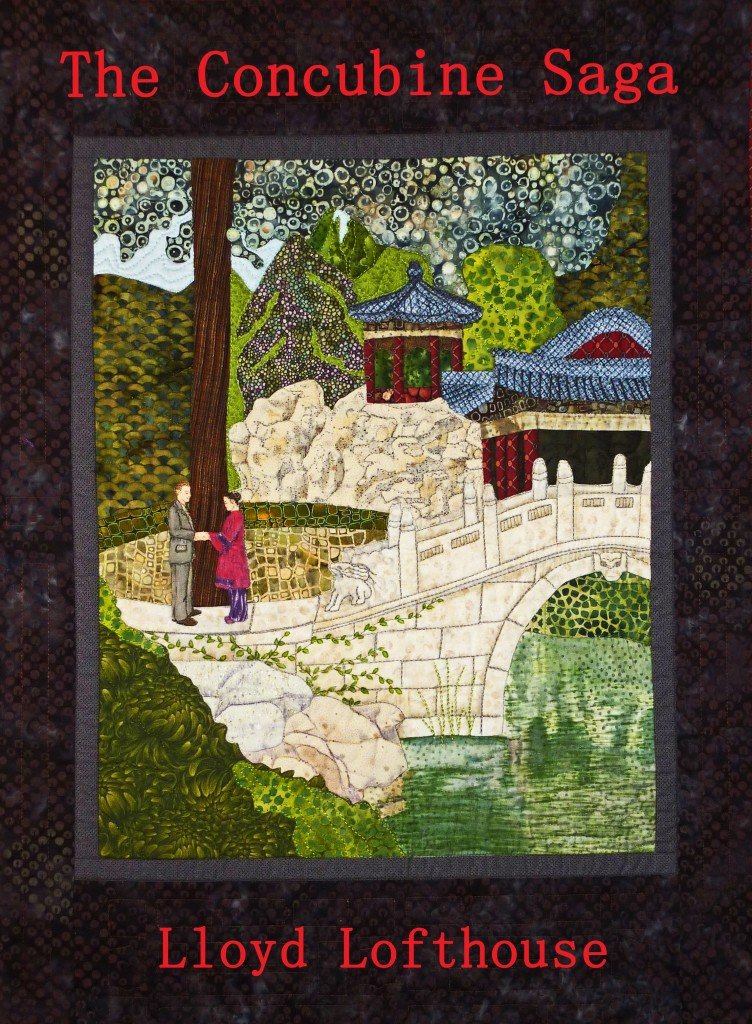 I’m really pleased to welcome Lloyd Lofthouse, author of The Concubine Saga to Peeking Between the Pages today.  I have been a long time fan of Lloyd’s and have read both of his books: My Splendid Concubine (my review) and Our Hart, Elegy for a Concubine (my review) and loved both of them immensely!  Lloyd is a wonderful author who’s writing and stories never fail to capture and hold my interest.  The Concubine Saga is a combination of both of these books in one convenient book which is awesome because I guarantee once you’ve read the first one you’ll want to move on to the second one right away!  Lloyd is on tour all of June with Premier Virtual Author Book Tours so be sure to check out the other tour stops for reviews, guest posts, and giveaways. Today Lloyd joins us to talk about his fascination with China and how a trip he and his wife Anchee took opened up a whole new world in his writing…

During the decade that I researched and wrote “The Concubine Saga”, it never occurred to me to ask why I desired to bring back to life the love story that Sir Robert Hart wanted to conceal from the world.

However, this may be easily explained. As a child, I had a passion for reading historical fiction and nonfiction. In fact, at the time I also produced my own crude historical-fiction comic books to mirror the history that I was learning.

Fast forward several decades to 1999 when I met my wife and was introduced to the real China.

Anchee was born in China about the time of the Great Leap Forward (1958 – 1961), which failed due to droughts, famine and poor planning resulting in the deaths of millions of rural Chinese from starvation. As a teen, she experienced the chaos of Mao’s Cultural Revolution (1966 – 1976). Then in the 1980s, she came to the United States and several years later graduated from the Chicago Art Institute. By the time we met, she was already a US citizen.

Before 1999, the extent of my knowledge of China was about zero, which is equal to what most Americans know of The Middle Kingdome even today. Those sketchy opinions of China came from the American media and politicians running for election—what I learned from those sources was exaggerated and mostly wrong.

While we were dating, Anchee introduced me to Robert Hart (1835 – 1911). She said I might be interested in an Irishman that went to China in 1854, bought a concubine, fell in love with her and left China in 1908 as the most powerful and influential Westerner to have ever lived and worked there.

Our first trip together to China was in 1999. By 2008, I had traveled to China several times and hiked the Great Wall, visited the Ming Tombs, seen the terra cotta warriors near Xian (China’s ancient capital), cruised along the Li River in Southeast China, visited the Forbidden City, The Summer Palace, Prince Gong’s (Kung) Palace, and spent days walking the streets of Shanghai in addition to other cities.

You may visit my Website and see many of those places. The following link will take you to a menu that will lead you to my photos.

While reading Robert Hart’s journals and letters, which were published by the Council on East Asian Studies, Harvard University, I discovered that today’s China exists because of what the British, French, Germans, Russians, Portuguese, Japanese and Americans did to it in the 19th and early 20th century.

I discovered that the British and French fought two wars (1839 to 1842 and then 1856 to 1860) with China to force the Emperor to allow them to sell opium legally to his people. Most of that opium came from British India making the British Empire the greatest drug cartel in history. However, the UK was not alone. Merchants from just about every nation in the West sold opium to the Chinese.

To learn more, I researched “God’s Chinese Son” by Jonathan D. Spence; “The Devil Solider” by Caleb Carr; “Dragon Lady” by Sterling Seagrave; “The Manchu Way” by Mark C. Elliot; “My Country and My People” by Lin Yutang—in addition to many other books and hundreds of pages from articles.

In fact, I learned from Caro Cipolla’s “Guns, Sales, and Empires” that while Buddha traveled to China on white elephants, Jesus Christ arrived on cannon balls. Due to the treaties China was forced to sign ending the Opium Wars, Christian missionaries were free to travel anywhere in China to spread the Gospel and convert the heathens—at least those that were not lost to the opium.

Letting those missionaries in led to the Taping Rebellion (1850 – 1864), the bloodiest rebellion in human history. The leader of the Tapings was a failed Confucian scholar that converted to Christianity and then claimed to be the younger son of Jesus Christ.

Due to my early interest in history and writing, it was only natural that I wanted to write “The Concubine Saga”, which focuses on the passionate, bitter-sweet love story between Robert Hart and Ayaou so readers may see for themselves what happens when two dissimilar cultures collide.

In “Entering China’s Service”, Harvard scholars said, “Hart’s years of liaison with Ayaou gave him his fill of romance, including both its satisfaction and its limitations.”

About The Concubine Saga

No Westerner has ever achieved Robert Hart’s status and level of power in China. Driven by a passion for his adopted country, Hart became the “godfather of China’s modernism”, inspector general of China’s Customs Service, and the builder of China’s railroads, postal and telegraph systems and schools.

However, his first real love is Ayaou, a young concubine. Sterling Seagrave, in Dragon Lady, calls her Hart’s sleep-in dictionary and says she was wise beyond her years.

Soon after arriving in China in 1854, Hart falls in love with Ayaou, but his feelings for her sister go against the teachings of his Christian upbringing and almost break him emotionally. To survive he must learn how to live and think like the Chinese. He also finds himself thrust into the Opium Wars and the Taiping Rebellion, the bloodiest rebellion in human history, where he makes enemies of men such as the American soldier of fortune known as the Devil Soldier.

During his early years in China, Robert experiences a range of emotion from bliss to despair. Like Damascus steel, he learns to be both hard and flexible, which forges his character into the great man he becomes.

In time, an ancient empire will rely on him to survive, and he will become the only foreigner the Emperor of China trusts.

Full of humanity, passion, and moral honesty, The Concubine Saga is the deeply intimate story of Hart’s loyalty and love for his adopted land and the woman who captured his heart.

“My Splendid Concubine” was the love story Sir Robert Hart did not want the world to discover.

In the sequel, “Our Hart, Elegy for a Concubine”, he was the only foreigner the Emperor of China trusted.

Both novels have come together as one in “The Concubine Saga”. 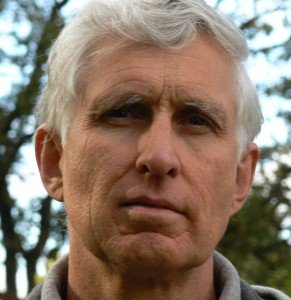 I have one copy of  either a paperback or Kindle copy (your choice) of The Concubine Saga by Lloyd Lofthouse to share with my readers.  To enter…

This giveaway is open to US & Canadian residents only (no PO boxes) and I will draw for the winner on Saturday, June 30/12.  Good luck!