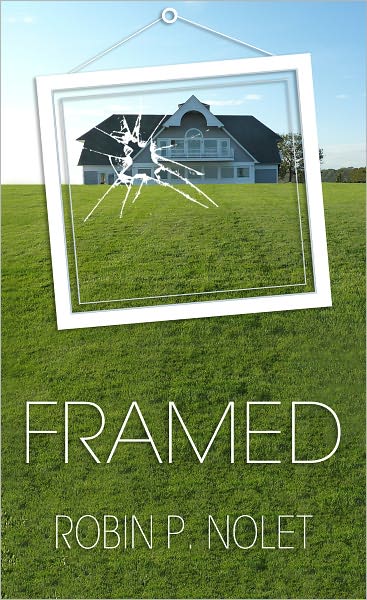 I’m really pleased to welcome Robin Nolet, author of Framed, to Peeking Between the Pages today.  I read and reviewed her first novel The Shell Keeper (my review) a while back and I really enjoyed it. Robin also wrote a guest post for me at the time on her inspiration for her first book The Shell Keeper if you’d like to check that out as well. Rumor has it she is writing a sequel to it and while I can’t wait till it is published I’m happy she wrote another one in the meantime.  Framed sounds fantastic and as soon as things settle down at home I plan on delving in and reading.  Robin is a fantastic writer with a great knack for storytelling so I hope people give her novels a try.  In my opinion you won’t be sorry.  For now we’ll learn about the book and enjoy the guest post that Robin prepared for us where she discusses her inspiration for Framed…

I grew up with books. Summertime found me curled up with my latest literary love on the back porch swing or the crook of a large branch of the silver maple out front. I clearly remember my thirteenth summer when I was physically living in suburban Illinois but mentally inhabiting the Smokey Mountains alongside Catherine Marshall’s remarkable Christy. That may have been the year a little part of me started to feel the writer’s itch.

Fast forward to my adult years, when raising three extremely energetic boys left me with little free time to read but badly in need of some sort of escape! That’s when I discovered mysteries. I love all kinds, from the classic Agatha Christie to Robert Parker’s wise cracking tough but tender Spencer. I’ve devoured enough installments of Sue Grafton’s books to make alphabet soup! The most challenging mysteries came from the pen of P.D. James. That gal knows how to plot! But I also enjoyed the fun escape of the cozy-style mystery-though I hate that term, since murder is hardly something to cozy up to!

I’ve heard that the term comes from the tea cozy, a snug wrap of sorts designed to insulate a teapot. I suppose it implies you should be drinking a proper cup of tea while reading such a book, but since these are often devoured on beaches or at pools, in airplanes, or late at night after the kids are in bed, you might prefer anything from iced tea to a nice Pinot. I know I would!

In my mind, the genre’s traits include a non-professional sleuth; no private eyes or CIA operatives here. Our hero…or more often heroine is more likely to be carpooling kids or sorting mail in a post office or perhaps even a young woman whose aunt is a ghost! From Diane Mott Davidson’s Goldie Schultz culinary mysteries to Rita Mae Brown’s Mrs. Murphy mysteries to Nancy Atherton’s Aunt Dimity series, there is quite a variety of heroines and locales.

In general, the crime is a little less graphic than Patricia Cornwell’s Kay Scarpetta investigates. And the sex, while certainly implied, is nothing as graphic as some of the Harlequin romances! It’s the everyman-or woman-aspect of these mysteries that makes them so appealing. It could be your neighbor, your relative or even YOU that stumbled across that dead body or accidentally picked up that bloody knife. It could be YOU trying to prove your innocence before the law arrives to take you away…or the real murderer decides you’re too much trouble alive!

Of course, authors often weave aspects of their own lives into their writing, but finding my protagonist and crafting my plot took some thought. I didn’t have any ghostly relatives hanging around-not even a legend of a ghost! I could cook up a culinary murder…but then my relatives might hesitate to come for Thanksgiving dinner. I don’t deal in a profession that sees a lot of violent crime. Unfortunately.

However, I do have a background in construction and real estate and if ever there was an environment ripe with emotions that was it–a tale with deadly intentions wasn’t all that hard to imagine! Add in soccer moms (and dads), single parents, attractive sub-contractors, best friends, secret affairs, the PTA, a puppy with a sixth sense and a heroine with a tendency to daydream and Framed was born.

Of course, I had way too much fun writing this book…and I may have made my family a little nervous reading up on the finer points of murder, but in the end I think it’s a book anyone would love to tuck in their beach bag or pull out after the kids are in bed. My heroine, Kay Conroy, turns out to be a decent sleuth. However she couldn’t have done it without the help of her best friend and Supermom, Maddey.

Friendship–that’s one of the other things that cozy style mysteries are so well known for. Kay wouldn’t have gotten near so far without Maddey’s tenacious friendship, not to mention a very handy gym membership, to spur her on. Likewise, a love interest might come in handy when your life’s on the line. And yes, I do admit that a certain landscaper was modeled after actor Sam Shepard. He fits the laid back, effortless masculinity of Sam Barnett to a tee!

Ultimately, I think it’s the relationships that make the book. When you reach the last page and close the cover I hope you’ll miss the world that Kay, her friends and family inhabit. I hope you’ll come back for the next Kay Conroy mystery–beverage optional!

When housing contractor Kay Conroy finds her son’s soccer coach dead on his kitchen floor, her well known dislike for the man soon turns into a motive for murder.

Now, anxious to aim the finger of guilt elsewhere, the quick-witted but daydreaming single mom must squeeze her own investigation in between car-pooling her son and overseeing the construction of a home for a local socialite. The evidence she discovers puts her at the top of the suspect list even though she knows she’s being framed. Meanwhile, there’s an attractive landscaper she’d like to know better and an amorous CEO she’d like to lose.

With the aide of her salty-tongued best friend and the sixth sense of her puppy, Kay digs for dirt. What she finds are broken hearts and bottom lines…not to mention danger!

Framed is a fun read with entertaining characters and a mystery that will keep readers guessing to the end. Plus it has a wonderful friendship between the protagonist (Kay) and her best friend (Maddey).

Framed is the first novel in the Kay Conroy Mystery Series.

Buy at: Amazon.com, as well as for your Kindle and Nook 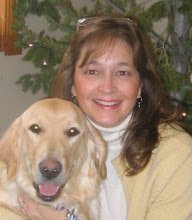 Robin, a refugee from the humidity of the midwest, lives in Colorado where she writes with the assistance of her faithful Golden Retriever, Maddie, and a large supply of Twizzlers. Robin’s writer’s resume includes honors from the Rocky Mountain Fiction Writers (Colorado Gold Contest), Pikes Peak Writers (Paul Gillette Memorial Contest), and the Denver Women’s Press Club. Being the gabby and opinionated sort(but in a good way!), she has written hundreds of humor/commentary columns for local newspapers, and a regularly featured blog/column for the Denver Post HUB section. In addition, for many years, she helped with the intake and judging of manuscripts for the Rocky Mountain Fiction Writers’ Colorado Gold contest.

I have one copy of Framed by Robin Nolet (eBook or Paperback – your choice) up for grabs to my readers.  To enter…

This giveaway is open to US & Canadian residents only (no PO boxes) and I will draw for the winner on Saturday, July 14/12.  Good luck!