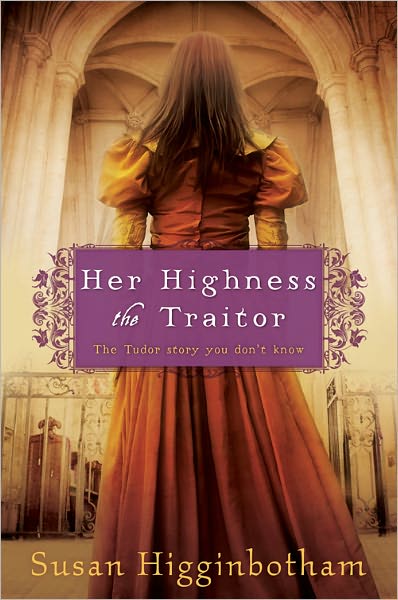 I’m pleased to welcome Susan Higginbotham, author of Her Highness, the Traitor to Peeking Between the Pages today.  I reviewed her newest novel Her Highness, the Traitor (my review) yesterday and it is one of my favorites by her.  It is the perfect blend of historical fact and fiction sure to please everyone.  Susan took time out of her busy schedule to answer some questions for me so I hope you enjoy the interview…

1. Welcome to Peeking Between the Pages today Susan. Can we start of by having you tell us a bit about yourself?

I originally self-published my first novel, The Traitor’s Wife, in 2005. It was republished by Sourcebooks in 2009. I’ve written four other novels since then set in medieval and Tudor England, the latest being Her Highness, the Traitor.

I have a day job working for a legal publisher and live in North Carolina with my husband and two children, one of whom is in college. We have two cats, Stripes and Onslow, and two dogs, Boswell and Dudley.

2. In your newest novel Her Highness, the Traitor your focus is on Frances Grey. What sparked your interest in her as a historical figure to write about?

I read Leanda de Lisle’s biography of her three daughters, The Sisters Who Would Be Queen, and was shocked from the very beginning to find that the Frances who appeared in that book was so different from the Frances I’d always encountered in previous books. The contrast between the wicked Frances of historical myth and the actual Frances intrigued me so much, I decided to write a novel from her point of view.

3. I love how you bring history to life in your novels. When did your interest in history begin?

I had very little interest in history throughout school. I became mildly interested in the Wars of the Roses through Shakespeare’s plays, but it’s not until I re-read Christopher Marlowe’s play Edward the Second online and started to research the history behind the play that I really developed a strong interest in medieval England. I started researching Edward II’s reign in depth, and from there I moved forward into fifteenth-century England and the Tudor period.

4. Who is your favorite historical figure?

There are many historical figures who fascinate me, some of whom, like Henry VIII and Richard III, behaved appallingly at times. I’d say my favorite historical figure, in terms of the one I can unqualifiedly admire, is Abraham Lincoln.

5. In your research for your novels have you gotten to travel to any of the places you write about?

I don’t get to travel abroad as much as I would like because of my job and family responsibilities, but I have been to England several times, though it’s been a few years since I’ve been there. The Tudors weren’t really on my radar when I last went to England, so I had to do a bit of vicarious traveling when writing Her Highness, the Traitor. Fortunately, there are a lot of people posting photographs of their travels on the Internet!

6. Was it always your dream to become an author?

Pretty much, yes. I really can’t remember a time when I wasn’t telling stories. Even before I could write, I used to lie on my bed and tell myself stories—aloud—and I did this until I was about ten or eleven, while kicking pillows up in the air with my feet. It must have been rather peculiar to witness!

7. Who are your favorite authors?

8. What is sitting on your nightstand to read right now?

My books breed while I’m asleep, so it’s a pretty crowded nightstand! I’ve got a couple of works of nonfiction: Catherine Fletcher’s The Divorce of Henry VIII and Louise Wilkinson’s Eleanor de Montfort. I’m saving Hilary Mantel’s Bring Up the Bodies as a reward for getting on with my current work-in-progress.

9. When you aren’t busy writing, what do you fill your spare time with?

I just got a new puppy, Dudley, as a friend for our cairn terrier Boswell, so I’m spending a lot of time potty-training him! I like to travel, to go to flea markets, and to explore old cemeteries. I also collect vintage Barbie dolls.

10. Finally, what’s next Susan? Where in history will you be taking us next?

I’m working on a novel about Margaret Douglas, Countess of Lennox, whose son Lord Darnley married Mary, Queen of Scots. I’ve also working on a book about the Woodville family, including Elizabeth, Edward IV’s queen. I have hopes of writing a novel about Anne Seymour, Duchess of Somerset. She tried very hard to take over Her Highness, the Traitor, and I’m trying to oblige her with a novel of her own.

Thanks for interviewing me!

Thanks so much for this great interview Susan!  Oh my, a new puppy!  I had the pleasure of training mine last winter and it was a chore and a half indeed.  They’re well worth it though!  I can’t wait for your next novel Susan!

For Jane Dudley, basking in the affection of her large family, the coming of a new king means another move upward for her ambitious, able husband, John. For Frances Grey, increasingly alienated from her husband and her brilliant but arrogant daughter Lady Jane Grey, it means that she—and Lady Jane—are one step closer to the throne of England.

Then the young king falls deathly ill. Determined to keep England under Protestant rule, he concocts an audacious scheme that subverts his own father’s will. Suddenly, Jane Dudley and Frances Grey are reluctantly bound together in a common cause—one that will test their loyalties, their strength, and their faith, and that will change their lives beyond measure. 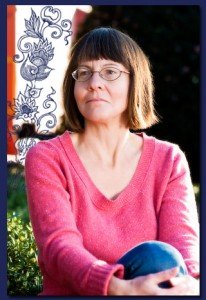 I have been writing, off and on, as long as I can remember. My first stab at a historical novel was in junior high school, where I whiled away my study halls writing about the adventures of five orphaned siblings living through the Blitz. Fortunately, most of the details have escaped me, but as I recall my characters had an endless supply of money and very few relatives to get in their way. Aside from the remarks such as “There’s a war going on, you know” that I cleverly threw in once in a while, the characters could have just
as easily been living in the suburbs of Washington, D.C., in the 1970’s (like me) as in London in the 1940’s. But everyone has to start somewhere, eh?

In college I spent more time hanging out at the school newspaper than I did in the classroom, but I can’t say the time was wasted because I got more practice at writing. After college, I worked at various clerical, secretarial, and editorial jobs before finally entering law school a tad late in life. (I used to say that I had clothes older than some of my classmates, and I wasn’t off by far.)

After completing law school (here’s a link to an article I wrote while there), I worked for several years as a solo practitioner. After a few years, I was ready for a change. When I saw an ad for a job with a legal publisher that would allow me to work at home, I jumped at the opportunity. I’m still working full-time at that job today.

One day while surfing the Internet, I came across an online version of Christopher Marlowe’s Edward II. I’d read the play in graduate school, but when I reread it, I became absorbed in the drama itself, then intrigued by the historical background to it. I began doing research, and that’s when I discovered Eleanor de Clare and her fascinating life. So fascinating, I felt compelled to write about it—hence my first novel, The Traitor’s Wife. Having acquired a taste for writing biographical historical fiction, I found that I couldn’t stop.

Who are my own favorite authors? In my idea of heaven, Charles Dickens, Charlotte Bronte, Elizabeth Gaskell, and Jane Austen will have each written a new novel every year or so since their deaths, and the celestial bookshelves will be sagging with their works. There’d be a new Shakespeare play to attend often as well. As for more recent authors, my favorites include Anne Tyler, the Rabbit novels of John Updike, and P. D. James. I’m a relative newcomer to reading historical fiction, but I’ve found the novels of Sharon Penman, Margaret Campbell Barnes, Brenda Honeyman, and Jean Plaidy to be particularly enjoyable.

Thanks again for being here today Susan!

I have one copy of Her Highness, the Traitor by Susan Higginbotham up for grabs.  To enter…

This giveaway is open to US & Canadian residents only (no PO boxes) and I will draw for the winner on Saturday, July 14/12.  Good luck!