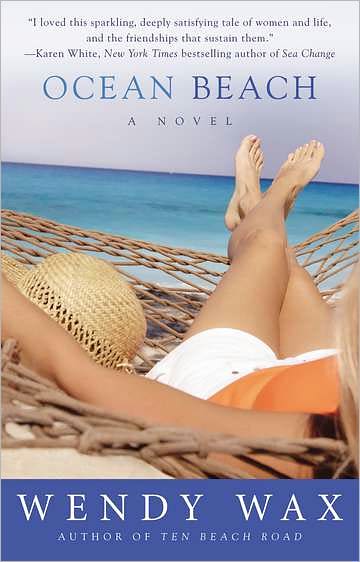 Happy Saturday everyone!  I hope you’re all having a great weekend and enjoying a nice summer day.  I’ve got a Q&A (pre-prepared) for you all today from Wendy Wax, author of Ocean Beach.  It should have posted the other day with my giveaway but wires got crossed and instead I’ve got it here to brighten up your Saturday instead.  Ocean Beach releases on June 26 and has already gotten a rave review from one of my favorite  bloggers and that’s Kaye from Pudgy Penguin Perusals.  I was already anxious to pick up my copy and now even more so!  Enjoy…

Wendy, welcome. It’s nice to have you here today to talk about your new book. My first question is about the setting. OCEAN BEACH takes us to Miami’s South Beach. How did you choose South Beach?

There are so many reasons—and I know I’ve already forgotten some of them. I started out compiling a list of places known for their historic architecture and that have a history of valuing and rescuing buildings and homes. Then I began focusing on those that I’d been to at least once. When I started reminiscing about Miami a light bulb went off. It seemed perfect for Ocean Beach in so many ways, not just physically—South Beach is famed for its Art Deco heritage—but because it was a natural when it came to so many of the plot points I had in mind. (Not to mention that Avery, who I wanted to head up this renovation, has been in love with all things Art Deco since childhood.) I headed south and fell for both Miami and a house in South Beach that is a wonderful example of the Art Deco Streamline Moderne style. I knew the minute I saw it that Maddie, Avery and Nicole were going to love it, too.

Did you model the house in the book after the one you saw? Why is it called The Millicent?

I was definitely inspired by the house I saw, which, coincidentally, was just about to be renovated. But there are so many terrific examples of Art Deco and the later Streamline style, and enough buildings and homes designed by architect Henry Hohauser, whose work I especially admire, that The Millicent ended up being an aggregate of many design details that appealed to me. The Ocean Beach Photo Album I’ve posted on Facebook shares some of those—a “porthole” mirror, a fireplace, some of the damage. Oh, and I’ve credited my fictional house to Henry Hohauser, who remains my current architect crush.

The Millicent is owned by Max Golden. He and his late wife Millie (Millicent) are based upon the many famed comedy teams whose careers spanned Vaudeville, radio, nightclubs, television and film. They’re a bit à la Burns and Allen—at least I think of them that way. When they bought the house in the forties, it was named in honor of the woman Max adored.

You mentioned reminiscing about Miami. When were you there?

I visited often as a child. It’s where I swam in a salt water pool for the first time. I remember that once we stayed at the Fontainebleau. I was terribly impressed. We went to Wolfie’s for breakfast and my dad used to bring bagels home to St. Pete Beach whenever his travels took him through Miami. My cousins had a well-known restaurant on Collins Avenue, just south of Wolfies. Later on my brother got married at the Diplomat Country Club in Miami. And I worked on my first feature film there, Night in Heaven.

Did you take your characters to any of these places?

No, but they did see plenty of South Beach. Nicole spots megastars Daniel Deranian (father to single parent Kyra’s baby Dustin) and his wife Tonja Kay by the pool at The Delano while meeting the client she hopes will revitalize her high-end matchmaking career. Avery and Chase escape to The Clevelander Hotel. Nicole and Maddie breakfast at Big Pink. Maddie, Nicole and Avery crash Daniel Deranian’s party at The Setai Hotel to “rescue” Kyra, but overdo the champagne instead. Everybody likes Ted’s Hideaway, a small neighborhood bar next door to Big Pink, as well as the view of the jetty and Government Cut from the beach where Nicole, Avery, Maddie, Kyra and Deirdre go to speak frankly, away from the cameras filming their reality show Do Over. The show is supposed to be focused on the renovation of The Millicent, but last minute instructions from the network has it intruding into every aspect of their somewhat rocky lives.

Now that I think about it, they really get around.

Maddie, Nicole and Avery first met in your novel Ten Beach Road. Do you need to have read that novel to enjoy Ocean Beach?

I don’t think so. I worked hard to make sure Ocean Beach shared any of the back story pertinent to Do Over and the women’s friendship and current circumstances, and I tried to do it without being intrusive. I’m looking forward to hearing what others think and, fingers-crossed, I’ve accomplished what I set out to do. At the same time, I’m really excited about those who have already read Ten Beach Road getting a chance to return to the characters’ lives in Ocean Beach. So many people got in touch asking for more of Maddie, Nicole and Avery’s story. So, here it is—and I hope they enjoy reading it as much as I loved writing it.

Where can we find out more about Ocean Beach, Ten Beach Road and what you’re up to?

I’ve posted a lot of information on my web site, including excerpts of both books. My Facebook page has a
second excerpt from Ocean Beach, plus photos showing research, inspiration and a look at Miami’s past. Both sites list the dates and locations for appearances and signings—and I’m always happy to meet readers and talk books.

Thanks for joining us, Wendy.

Thanks for having me. I appreciate the chance to share news and tidbits about Ocean Beach. I really look forward to hearing from readers who want to get in touch to share their thoughts and opinions or to simply say hello. Happy summer!


Madeline, Avery and Nicole, the unlikely friends from Ten Beach Road, have hit some speed bumps in their lives, but when they arrive in Miami’s South Beach neighborhood, they are all hoping for a do-over. Literally. They’ve been hired to bring a once-grand historic house back to its former glory on a new television show called Do-Over. A lot hinges on the success of the DIY program. For Nikki, it would mean getting back on her feet financially. For Avery, it’s a chance to restart her ruined career. And Maddie hopes it will give her a shot at keeping her family together.

At least, that’s the plan—until they realize that having their work broadcast is one thing, but having their personal lives play out on TV is another story entirely. Soon they’re struggling to hold themselves and the renovation together, even as a decades-old mystery—and the hurricane season—loom on the horizon, threatening not only the project but everything that’s brought them together. 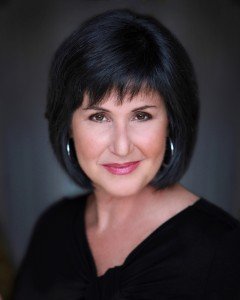 I was born in St. Petersburg, Florida and grew up on St. Pete Beach within spitting distance of the Gulf of Mexico. I went, appropriately enough, to Sunshine Elementary School where recess and art class sometimes took place on the beach, and the highlight of every school year was the annual fish broil.

It’s hard to be a type-A personality when you grow up in such a laid back environment, but I managed. Convinced that you were expected to know how to read BEFORE you showed up for school, I forced a neighbor friend to teach me to read at the age of five. I’ve been reading ever since.

Books, in all forms, are one of my greatest pleasures and best forms of escape. And they’ve had a major impact on my life.

I went to the University of Georgia after reading Gone with the Wind one too many times. For a while I re-read Margaret Mitchell’s classic yearly, saw the movie whenever it played within twenty miles, and could quote large passages from memory. Today I have a growing GWTW collection, and speaking at the Margaret Mitchell House to launch THE ACCIDENTAL BESTSELLER was an incredible thrill.

After college I worked in radio, television, and film. Like Olivia in 7 DAYS AND SEVEN NIGHTS, I’ve done live talk radio. I hosted a show in the eighties called Desperate & Dateless, and while I was never locked in an apartment for a week with a webcam rolling like she was, I did fall in love. Happily, the man who swept me off my feet consults with financial types and understands the bottom line. Unlike Olivia’s nemesis, Matt Ransom, my husband has never, to my knowledge, advised anyone to “love the one they’re with.” We live in Atlanta with our two sons.

I hope you enjoy 7 DAYS AND 7 NIGHTS, LEAVE IT TO CLEAVAGE, HOSTILE MAKEOVER, SINGLE IN SUBURBIA, THE ACCIDENTAL BESTSELLER, MAGNOLIA WEDNESDAYS and TEN BEACH ROAD .

CLICK HERE FOR THE GIVEAWAY.  (Do not enter on this post.  It will not count.)  You can find another giveaway of Ocean Beach over at Mary’s blog Bookfan and it’ll be running until June 28!