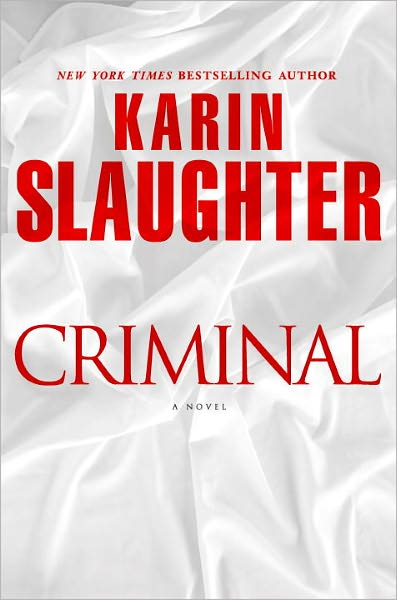 Karin Slaughter is back at Peeking Between the Pages today with a spotlight on her newest book Criminal which released on July 3.  It’s already got some fantastic reviews and it sounds terrific – yet another for my wishlist.  Today I’m going to share with you what the book is about, a bit about Karin, and a giveaway so be sure to check that out at the end of the post!

Will Trent is a brilliant agent with the Georgia Bureau of Investigation. Newly in love, he is beginning to put a difficult past behind him. Then a local college student goes missing, and Will is inexplicably kept off the case by his supervisor and mentor, deputy director Amanda Wagner. Will cannot fathom Amanda’s motivation until the two of them literally collide in an abandoned orphanage they have both been drawn to for different reasons. Decades before—when Will’s father was imprisoned for murder—this was his home. . . .

Flash back nearly forty years. In the summer Will Trent was born, Amanda Wagner is going to college, making Sunday dinners for her father, taking her first steps in the boys’ club that is the Atlanta Police Department. One of her first cases is to investigate a brutal crime in one of the city’s worst neighborhoods. Amanda and her partner, Evelyn, are the only ones who seem to care if an arrest is ever made.

Now the case that launched Amanda’s career has suddenly come back to life, intertwined with the long-held mystery of Will’s birth and parentage. And these two dauntless investigators will each need to face down demons from the past if they are to prevent an even greater terror from being unleashed.

Check out the Vdeo Trailer

Karin Slaughter is the #1 internationally bestselling author of several novels, including the Grant County series. A long-time resident of Atlanta, she splits her time between the kitchen and the living room.

I have 2 copies of Criminal by Karin Slaughter to share with my readers.  To enter…

This giveaway is open to US and Canadian residents only (no PO boxes) and I will draw for the winners on Saturday, August 11/12.  Good luck!