Today I’m spotlighting a book for you that sounds fantastic and that is The Playdate by Louise Millar which releases today.  This novel is described as a gripping psychological thriller and there is nothing I like better than a book that creeps me out mentally.  I find that so much scarier than the blood and guts kind of scary.  While I veer towards contemporary women’s fiction I do enjoy a good thriller and this one is on my list of books I need to read this summer! 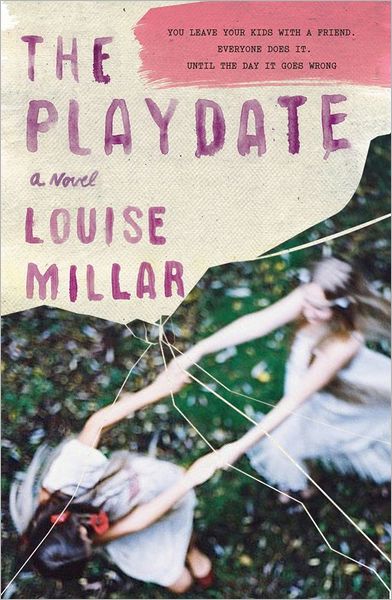 YOU LEAVE YOUR KIDS WITH A FRIEND. EVERYONE DOES IT. UNTIL THE DAY IT GOES WRONG.

The past few years have been utterly lonely for Callie. Other than her mom, the only person to reach out to her and her frail daughter, Rae, has been the beautiful American girl across the street. Suzy apparently has it all – a dashing husband, 3 beautiful boys, a beautiful home—and Callie and Rae are welcomed into this seemingly perfect family with open arms and the promise of something stable in their otherwise fraught day to day existence. Friendship and support are exactly what Callie needs, especially when her ex, Tom, is halfway across the world on the job, photographing exotic spots with his sexy new girlfriend, and Callie’s left to provide for their sick child.

Yet even with a wonderful friend and the love of her daughter, Callie needs to find her own way. Going back to work seems like the perfect first step towards rediscovering her old confidence. But why does she find it so hard to tell Suzy about her new job? And who will look after Rae while she’s gone? Callie’s return to work precipitates a shocking and dangerous chain of events – exposing the isolation, turmoil, and dark secrets that lurk behind the doors of a seemingly peaceful London neighborhood, where neighbors might not be who they seem, and those you mistrust just might be the guardian angels that will save a life.

THE PLAYDATE (Emily Bestler Books/Atria) is a gripping and twisted psychological thriller that will keep you turning the pages well past bedtime—a chilling evocation of modern life in which longstanding friendships are superficial, and overwork and exhaustion lead parents to make impulsive decisions about the care of their children. This is a debut thriller from a striking new talent readers won’t soon forget. 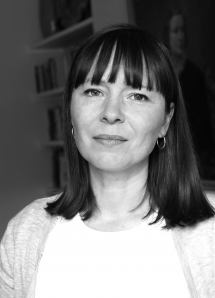 Louise Millar was raised in Scotland. She began her journalism career in music and film magazines, working as a
sub-editor for Kerrang!, Smash Hits, the NME and Empire. During a six-month break driving around the United
States, Louise broke into writing with stories for the Observer and Mojo magazine. She later moved into features,
working as a commissioning editor on women’s magazines, including five years at Marie Claire as senior editor, and two as contributing editor. She has since written for Marie Claire, Red, Psychologies, Stella (Telegraph magazine), the Independent, the Observer, Glamour, Stylist and the Guardian. She lives in London with her husband and daughters.

I have 3 copies of The Playdate by Louise Millar to share with my readers. To enter…

This giveaway is open to US and Canadian residents only (no PO boxes) and I will draw for the winner on Saturday, July 21/12.  Good luck!