Today I’m offering up another book spotlight but first would like to ask those of you who pray to send a prayer up for my dad today as he goes into surgery.

As for the book spotlight it is for The Red Chamber by Pauline A. Chen which releases on July 10!  This novel sounds awesome especially for those of us who like to read books dealing with the Chinese culture in any way like I do.  Read on for a description of the book as well as the author’s inspiration for it and don’t forget to check out the giveaway at the end of the post. 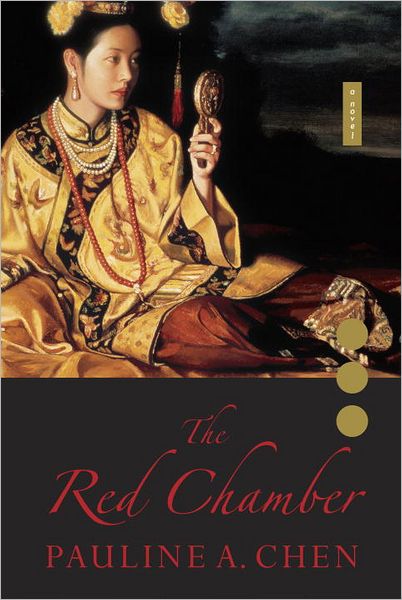 About The Red Chamber

An epic reimagining of the Chinese literary classic, Dream of the Red Chamber, THE RED CHAMBER tells the story of three women in an aristocratic household in 18th-century Beijing. Daiyu is an impoverished orphan adopted into the household who falls in love with Baoyu, the brilliant, unpredictable heir to the family fortunes. Despite his love for her, the family betroths Baoyu to his cousin Baochai, who hides her own desires under a dutiful exterior. Meanwhile, the young matron Xifeng struggles to protect the family from financial ruin, even as her husband spurns her for her inability to bear a child. Linking the three women’s fate is the jade, a mysterious stone found in Bayou’s mouth at birth, which seems to foretell a strange and extraordinary destiny for him and the entire family.

The idea for THE RED CHAMBER came to Chen years ago when she was teaching a class on Dream of the Red Chamber, widely considered the most important work of fiction in the Chinese literary tradition. Perhaps due to its daunting length (2500 pages) and complex cast of characters (more than 400), the novel is largely unknown to western audiences. And like many readers of the classic, Chen was haunted by a sense of incompletion—Cao’s original ending has been lost, and a new ending was written by another hand after his death. In THE RED CHAMBER, Chen attempts to finish the story for herself, while streamlining the original plot to focus on the inner lives and motivations of the three female main characters. Chen’s resolution is sure to astound and enthrall readers up until the very last page.

From the rich descriptions of the customs followed in this cloistered, yet opulent world, to the cast of fully-rounded characters, THE RED CHAMBER reads like a Chinese Downton Abbey and is a fitting homage to a beloved masterpiece.

About Pauline A. Chen

Pauline Chen started her career as a lawyer, but was sidetracked by her love of literature. After completing a Ph.D. at Princeton, she moved to Ohio in 1996 to teach Chinese language, film, and literature at Oberlin College. When her son was born in 2000, she quit her job to stay home, writing every morning before the rest of the family awoke. Her first book, Peiling and the Chicken-Fried Christmas, was a novel for children about a Taiwanese-American family in Ohio. THE RED CHAMBER is her first novel for adults.

I have one copy of The Red Chamber by Pauline A. Chen up for grabs to my readers.  To enter…

This giveaway is open to US residents only (no PO boxes) and I will draw for the winner on Saturday, July 21/12.  Good luck!