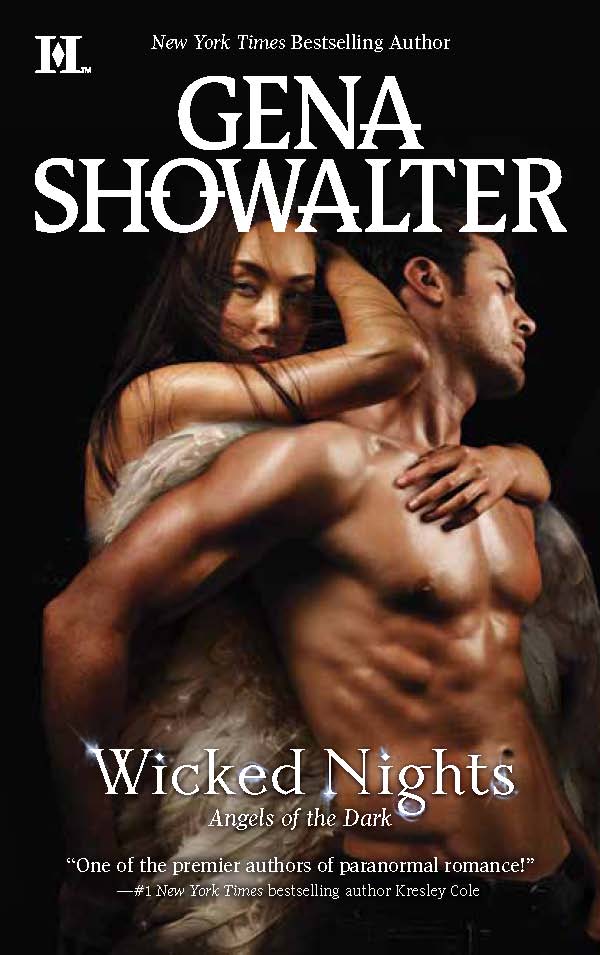 Let’s all welcome Gena Showalter, author of Wicked Nights, to Peeking Between the Pages today.  Now Gena is the author of many books but today we’re going to spotlight her newest one Wicked Nights – what a cover that is!  This the start of a new series for Gena and instead of the usual vampires or werewolves we’ve got angels.  The only thing is that the angels aren’t all that good in Gena’s books – they’re described as more fiendish than divine.  Sounds good doesn’t it!  Well Gena was nice enough to answer a few questions for me so sit back and enjoy the interview along with the book spotlight and then I’ve got a giveaway for you at the end of the post as well so check it out!

1. Welcome to Peeking Between the Pages Gena. To start off would you like to tell us a bit about yourself.

I’m a big believer that we can learn something new everyday. I love to write, to read, to study ( that’s a new thing) and to just hang out with my family. I dream of eating whatever I want, whenever I want, and never having to exercise. I love to wear sweat pants and if you ever spot me out in public in a dress, take a picture because it may never happen again.

2. Can you share with us a bit about your newest novel Wicked Nights?

Wicked Nights is the story of the cold as ice Zacharel, the new leader of the Army of Disgrace—heavenly warriors so bad they are in danger of falling from grace—and Annabelle, a human who has spent the last four years locked inside an institution for the criminally insane (for a crime she didn’t commit). He doesn’t have time for a distraction, but Annabelle fascinates him in a way nothing else ever has. Zacharel decides he wants her—but then, so does the demon chasing her. The two alpha warriors will have to fight it out, good against evil.

3. Wicked Nights has a pretty ‘hot’ cover. Did you have any input on the cover design?

I don’t. Not really. I get to throw out ideas, but ultimately the models and the designs are decided by the publisher.

4. Who are your favourite authors and what is on your night-stand right now?

I am LOVING Roxanne St. Claire. She writes thrilling romantic suspense, heart-wrenching contemporary romances, and now she will be conquering the young adult world with an AMAZING novel called If You Wish. Seriously, there is nothing this talented star cannot do! And Jeaniene Frost has a book out the same day as Wicked Nights, and I’ve always been a huge fan of her work. She is a major talent!

5. Finally, what’s next? Will it be the next novel in the Angels of the Dark series or something else?

While I’m working on the next Angels of the Dark book (Koldo’s story) the next book to hit bookstores for me will be Alice in Zombieland, the first in the White Rabbit Chronicles series, featuring a teenage girl who loses her entire family in a car crash and wakes up to a world of zombies and zombie slaying—and a bad boy who will either save her or ruin her. (September 25th)

In November, PC Cast and I have a duology coming out called After Moonrise, and I am beyond excited!

After that is Last Kiss Goodnight, the first in the Otherworld Assassin novels, and a spin-off of my Alien Huntress books, hits stores on December 26th. A twisted menagerie exists, and otherworlders are the main attraction. Any time this zoo is about to be shut down, it vanishes and reappears somewhere else. When Solo’s latest mission is compromised, he wakes up in a cage, the newest “animal” on display. Vika is his new handler—as well as the zoo owner’s deaf daughter, and she’s been tasked with Solo’s care and feeding.

Thanks so much for stopping by Peeking Between the Pages today Gena and for the great interview!

Wicked Nights is the first book in the Angels of the Dark series–a spin off from the Lords of the Underworld. This is a June 26, 2012 release.

From the New York Times bestselling author who brought you the Lords of the Underworld comes a dark, seductive new series featuring angels poised at the brink of destruction…

Leader of the most powerful army in the heavens, Zacharel has been deemed too dangerous, too ruthless, and if he isn’t careful, he’ll lose his wings. But this warrior with a heart of ice will not be deterred . . . until a vulnerable human tempts him with a carnal pleasure he’s never before known.

Accused of a crime she did not commit, Annabelle Miller has spent four years in an institution for the criminally insane. Demons track her every move, and their king will stop at nothing to have her. Zacharel is her only hope for survival, but is the brutal angel with a touch as hot as hell her salvation—or her ultimate d***ation?

About Gena Showalter (from Amazon) 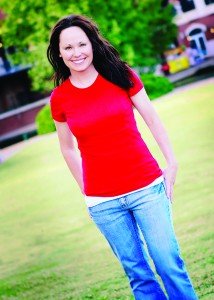 Gena Showalter is the New York Times and USA Today bestselling author of over 30 books, ranging from white-hot paranormal romances set all over the world (and even in some places that do not technically exit), sexy contemporary novels and thrilling young adult novels.

I have one copy of Wicked Nights by Gena Showalter to share with my US readers only. To enter…

This giveaway is open to US residents only (no PO boxes) and I will draw for the winner on Saturday, July 21/12.  Good luck everyone!