Today’s spotlight is on one of my favorite authors and that is Philippa Gregory and her newest novel The Kingmaker’s Daughter which released on August 14.  I’ve enjoyed several of Gregory’s novels and have read a couple of the ones in the Cousins’ War series so I’m looking forward to hopefully fitting this one in sometime soon.  What also appeals to me is that this is Gregory’s first sister story since The Other Boleyn Girl and I can’t begin to tell you all how much I loved that one.   So take a look at what the book is about and don’t forget to check out the giveaway for a chance to win a copy for yourself! 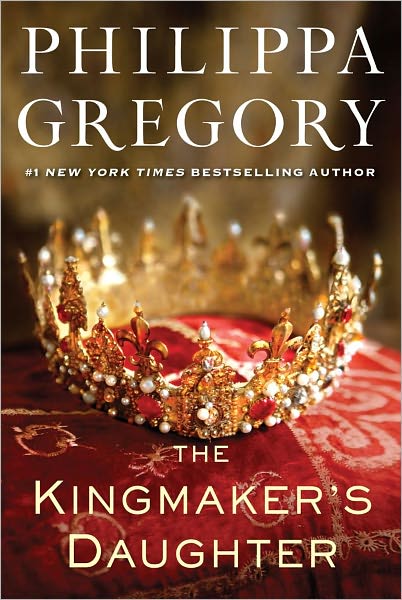 About The Kingmaker’s Daughter

At the York court of Edward IV and his beautiful queen, Elizabeth Woodville, young Anne is at first dazzled by the handsome royal family whose quest for the throne was bolstered by her father’s wealth and armies. Yet intimacy and friendship quickly turn into something more sinister, as Warwick’s power is eclipsed by the queen’s ambition for her own grasping family. Powerful offices and opportune marriages are granted to Woodville kin, and the king inflicts one final insult with his unexpected refusal to wed his brothers, George, Duke of Clarence, and Richard, Duke of Gloucester, to Anne and Isabel. Anne grows ever more fearful and desperate when her father arranges a high stakes secret marriage and then wages war against his former allies. Her will is at a breaking point when she is left widowed and fatherless, with her mother in sanctuary and Isabel married to the enemy. Anne manages her own escape by marrying Richard, Duke of Gloucester, but her choice will set her on a collision course with the overwhelming power of the royal family and place the lives of those she loves best in peril.

PHILIPPA GREGORY is the author of several bestselling novels, including The Other Boleyn Girl. She studied history at the University of Sussex and received a Ph.D. from the University of Edinburgh. Visit her website at www.PhilippaGregory.com.

I have 2 copies of The Kingmaker’s Daughter by Philippa Gregory to share with my readers.  To enter…

This giveaway is open to US and Canadian residents (no PO boxes) and I will draw for the winners on Saturday, September 15/12.  Good luck!