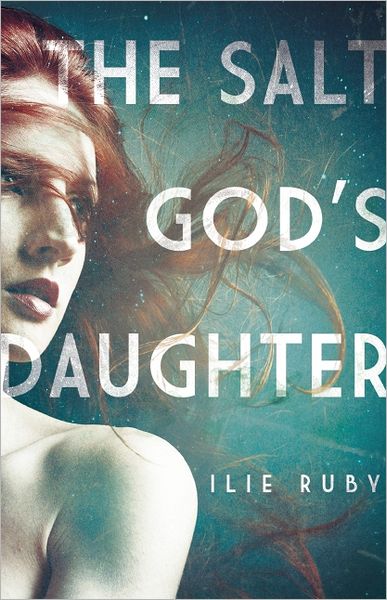 The Salt God’s Daughter by Ilie Ruby is a novel that weaves the mythical with reality but at it’s core it’s about the complexities of mothers and daughters and the relationships they have with each other.

Diana is the type of woman who can’t set down roots and when you’re the mother of two young girls that’s not a good thing. Ruthie and Dolly live a crazy life with their mother. They are always on the go with no home to speak off, they don’t go to school, they don’t eat properly, their mother is a drunk, and even worse they are told on a regular basis that they’ve ruined their mother’s life. Yet the girls are resilient and as all young kids they still love their mother and no matter what Diana does keep her family together.

The bulk of the story focuses on Ruth and later on her daughter Naida. Ruth has faced many tragic circumstances in her life but one in particular when she’s a teen changes the course of her life forever. When she’s left with a baby daughter to care for on her own she goes back to the one place she was happy for a while as a girl. At that time it was a motel but later was turned into a retirement home for old folks. It is there that Ruth finds her calling. She has a compassion and knack for caring for those that nobody else wants to anymore.

Naida is brought up at the retirement home and grows to believe she’s this beautiful, perfect child because that’s what her mother and all the old folks tell her. But Naida has a birth defect that will turn out to have a harsh effect on her formative years and leave her bullied and alone. Being left on her own without friends Naida learns to live in her dreamworld where she’s happy, perfect, and with her father. Unfortunately this obsession with her father and his world leads her to do some pretty dangerous things when it comes to the sea.

The thing that holds strong between mother and daughter is Naida’s father. Ruth had loved him with everything she had but he was a wanderer – a sea man. He came and went like a breeze on the wind. He would show up bruised and battered and tell Ruth that he was fighting to protect the animals. When he disappears for an extended time and comes back wanting to know Naida, Ruth tells him not to come back again. Naida, though, grows up idolizing him and the sea. While her mother has always been terrified of the water, Naida feels a powerful pull towards it. Her imagination tells her that her father wants her and that he and her sisters are waiting for her out there. Will Naida live her life with her mother or will the pull of the sea ultimately be too much for her?

The Salt God’s Daughter is without a doubt a beautifully written novel. So much so that I found myself going back over passages a few times because they resonated so much with me. I enjoyed the folklore weaved throughout the story a great deal and while it’s a complex tale in it’s telling, it is also a captivating one. If you enjoy novels that are deep and beautifully written then The Salt God’s Daughter by Ilie Ruby is one you should read!

I have one copy of The Salt God’s Daughter by Ilie Ruby to share with my US readers.  To enter…

This giveaway is open to my US readers only (no PO boxes) and I will draw for the winner on Saturday, September 22/12.  Good luck!

Source: Review copy provided by SparksPointStudio. No compensation was received and all thoughts and opinions are my own.