The Crown by Nancy Bilyeau was one of my favorite books this year.  It is exactly why I love and read historical fiction and it just released in paperback on September 4!  It was an absolutely fantastic read and you can read my review if you’d like where I gushed over all the things I loved about it.  Best of all there is a sequel in the works and I can’t wait but today we are celebrating the paper back release of The Crown with a description of the book, a bit about the author, and best of all a chance to win one of two copies of the book for yourself! 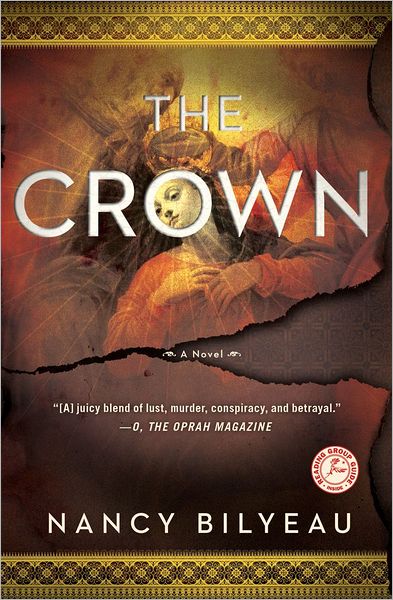 An aristocratic young nun must find a legendary crown in order to save her father—and preserve the Catholic faith from Cromwell’s ruthless terror. The year is 1537. . .

Joanna Stafford, a Dominican nun, learns that her favorite cousin has been condemned by Henry VIII to be burned at the stake. Defying the sacred rule of enclosure, Joanna leaves the priory to stand at her cousin’s side. Arrested for interfering with the king’s justice, Joanna, along with her father, is sent to the Tower of London.

The ruthless Stephen Gardiner, Bishop of Winchester, takes terrifying steps to force Joanna to agree to spy for him: to save her father’s life she must find an ancient relic—a crown so powerful, it may hold the ability to end the Reformation. Accompanied by two monks, Joanna returns home to Dartford Priory and searches in secret for this long-lost piece of history worn by the Saxon King Athelstan in 937 during the historic battle that first united Britain.

But Dartford Priory has become a dangerous place, and when more than one dead body is uncovered, Joanna departs with a sensitive young monk, Brother Edmund, to search elsewhere for the legendary crown. From royal castles with tapestry-filled rooms to Stonehenge to Malmesbury Abbey, the final resting place of King Athelstan, Joanna and Brother Edmund must hurry to find the crown if they want to keep Joanna’s father alive. At Malmesbury, secrets of the crown are revealed that bring to light the fates of the Black Prince, Richard the Lionhearted, and Katherine of Aragon’s first husband, Arthur. The crown’s intensity and strength are beyond the earthly realm and it must not fall into the wrong hands.

With Cromwell’s troops threatening to shutter her priory, bright and bold Joanna must now decide who she can trust with the secret of the crown so that she may save herself, her family, and her sacred way of life. This provocative story melds heart-stopping suspense with historical detail and brings to life the poignant dramas of women and men at a fascinating and critical moment in England’s past. 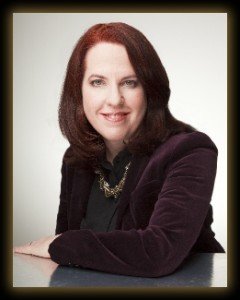 Nancy Bilyeau has worked on the staffs of Rolling Stone, Entertainment Weekly, and Good Housekeeping. Most recently, she served as deputy editor at InStyle magazine. Her screenplays have placed in several prominent industry competitions. Two scripts reached the semi-finalist round of the Nicholl Fellowships of the Academy of Motion Pictures Arts and Sciences. Her screenplay “Loving Marys” reached the finalist stage with Page International Screenwriting Awards and Scriptapalooza. A native of the Midwest, she earned a bachelor’s degree from the University of Michigan. The Crown is her first novel.

I have 2 copies of The Crown by Nancy Bilyeau to share with my readers. To enter…

This giveaway is open to US and Canadian residents only (no PO boxes) and I will draw for the winners on Saturday, September 22/12.  Good luck!