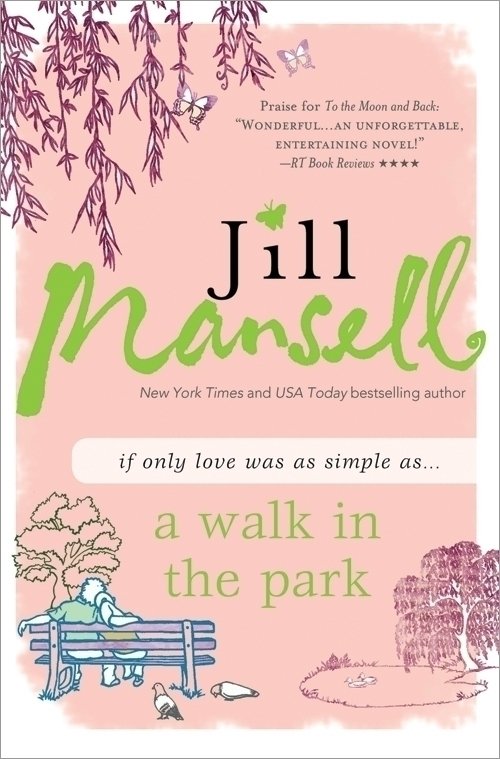 Let’s welcome Jill Mansell, author of A Walk in the Park, to the blog today!  I’m excited to have Jill here because she is my favorite British author and I adore her books!  I just reviewed A Walk in the Park yesterday (my review) and it was another really great read from Jill.  I can’t wait for her next book but luckily enough I still have quite a few on her backlist to catch up on!  Today Jill joins us to talk about her Inspiration for A Walk in the Park…

Hello, and many thanks for inviting me to chatter away on your fab blog! Ah, inspiration and real life influences, it’s one of those great questions that are actually quite hard to answer because I’m never sure of the answer. Or rather, there isn’t a definitive one. Inspiration can strike anywhere and at any time, and it can come from the most unlikely places. I may use situations that have happened to me or to friends and family, but I would NEVER use those same people in my books. For a start, it would be wrong. Secondly, it would be incredibly hard work, trying to figure out how people I know would actually react to every single thing that was said or done to them.

The joy of fictional characters is that I’m in charge of them, I can make them say and do anything I like. All writers know that they spend their lives being accosted by acquaintances saying, “Are you going to put me in your next book?” and “The handsome guy in your last novel – was that me?” The answer is always no. We may take aspects of their personalities, their traits, things that have happened to them or their annoying habits, but we wouldn’t create an entire character based on them. Probably because they wouldn’t be interesting enough. We prefer to create patchwork fictional characters based on lots of different people’s personalities. Also, doing it this way means we don’t get sued!

In the case of A Walk in the Park, many different situations and memories and contributed towards the events in the book. Walking in our own local park one day, I saw two teenagers carving their initials on the trunk of a tree. Further up the tree was another set of initials inside a heart shape, obviously very much older. I immediately wondered who had carved the original set, where they were now and if they were still happily together…

Another sub-plot was inspired by one of those TV shows where people take along their most treasured possessions for valuation. A lady produced a precious family heirloom, her late mother’s diamond ring. The expert then had to break the news to her that the huge central diamond in the ring was in fact a cubic zirconium. (I mean, can you imagine? The possibilities are endless. Who exchanged the diamond for a fake – a previous jeweller? The woman’s late father? The mother herself? Her gambler brother? An errant son? WHOOOOO??????!!!)

One other aspect of the book is the relationship between Lara and her eighteen year old daughter Gigi. While I was writing it, my own daughter was eighteen. Now, I’m not Lara and my daughter Lydia isn’t Gigi but obviously aspects of the mother-daughter relationship are based on our own lives. We get on very well together, Lydia is very untidy, she’s incredibly bossy towards me…she actually types my books for me and loves to correct me when I’ve made a mistake. But I still couldn’t base a character on her, because then my book wouldn’t be fiction. It’s all a matter of blurring the edges. And making sure you don’t have legal action taken against you by your own daughter…

So, it’s over to you lot now. Have you ever seen or heard of an intriguing situation that has fired your imagination and made you wonder what led up to it and what could possibly happen next? And if you have, were you tempted to write about it? Because if not, maybe you should give it a go. You never know, it could change your life!

Thanks for the great guest post Jill!  I could imagine writing about several things that I’ve seen or heard happen but I doubt I could make it as interesting as you do!  LOL.  It’s certainly something to think about though as I think most people who love books or blogging have dreams of writing their own book.  Thanks for a great read in A Walk in the Park – I loved it!

About A Walk in the Park

No one could have planned for this…

Lara Carson left her family and boyfriend Flynn eighteen years ago without a word to anyone. Why has
no one heard from her since? Does it mean anything that she’s suddenly reappeared in Bath just in time
for her ex–best friend Evie’s wedding? And what about Flynn? Even the most eagle–eyed observer can’t
tell whether he’s happy to see her, or just stunned.

While secrets pile up on secrets, and the gossip mill wings into high gear, the brand–new life Lara’s
searching for becomes ever more elusive. There’s a lot of catching up for everyone to do, and Lara’s
return is going to be anything but a walk in the park. 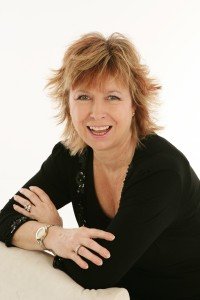 A New York Times, USA Today and international bestseller, Jill Mansell has written over 20 funny,
romantic novels, and has sold millions of books around the world. Jill lives with her family in Bristol,
England.

I have one copy of A Walk in the Park by Jill Mansell up for grabs to my readers.  To enter…

This giveaway is open to US and Canadian residents only (no PO boxes) and I will draw for a winner on Saturday, November 17/12.  Good luck!