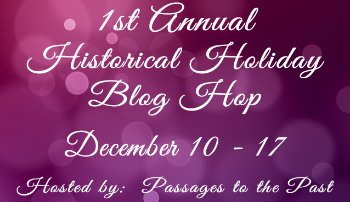 Happy Monday everyone!  I am excited to participate in the 1st annual Historical Holiday Blog Hop which is running December 10-17 and is being hosted by the wonderful Amy from Passages to the Past.  As anyone who reads my blogs knows I do love historical fiction and Amy’s blog has been a favorite of mine since shortly after I started blogging years ago so it’s exciting to be able to spread our love of historical fiction to others.

This blog hop is going to be fantastic and there are going to be many giveaways including my own.  Over at Amy’s blog Passages to the Past there has been a whole lot of fantastic authors who have offered up their historical novels for some great prize giveaways so be sure to pop over there and check out the list of prize packages as well as check out all the other great blogs that are participating in the blog hop so that you don’t miss out on entering any of the awesome book giveaways that will be going on!  Click here to head on over there!

As for me I wanted to share a few books that have been favorites of mine this past year and also a new one from one of my most favorite authors.  This giveaway will be open worldwide (if the Book Depository ships to you feel free to enter).  I will also send the book via Kindle if you prefer.  Here are the books:

The first is by one of my favorite authors.  I’ve read many of John’s books and I can’t say enough about his amazing story telling ability. I simply can’t wait to delve into his newest novel!   This book will be sent to you by the author mid January – release date of this novel is Feb 5/13 so keep that in mind if you do win this one!

1.  Temple of a Thousand Faces by John Shors 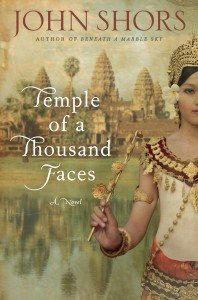 When his land is taken by force, Prince Jayavar of the Khmer people narrowly escapes death at the hands of the conquering Cham king, Indravarman. Exiled from their homeland, he and his mystical wife Ajadevi set up a secret camp in the jungle with the intention of amassing an army bold enough to reclaim their kingdom and free their people. Meanwhile, Indravarman rules with an iron fist, pitting even his most trusted men against each other and quashing any hint of rebellion.

Moving from a poor fisherman’s family whose sons find the courage to take up arms against their oppressors, to a beautiful bride who becomes a prize of war, to an ambitious warrior whose allegiance is torn–Temple of a Thousand Faces is an unforgettable saga of love, betrayal, and survival at any cost. (Description via Amazon)

This second book is by another favorite author of mine and that is Michelle Moran.  I haven’t had a chance to read her newest release yet but I’ve read or listened to all her others and thought it would be nice to share her newest.

2.  The Second Empress by Michelle Moran 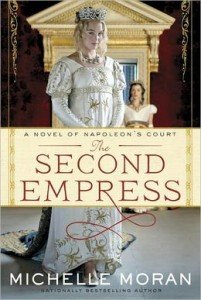 National bestselling author Michelle Moran returns to Paris, this time under the rule of Emperor Napoleon Bonaparte as he casts aside his beautiful wife to marry a Hapsburg princess he hopes will bear him a royal heir

After the bloody French Revolution, Emperor Napoleon’s power is absolute. When Marie-Louise, the eighteen year old daughter of the King of Austria, is told that the Emperor has demanded her hand in marriage, her father presents her with a terrible choice: marry the cruel, capricious Napoleon, leaving the man she loves and her home forever, or say no, and plunge her country into war.

Marie-Louise knows what she must do, and she travels to France, determined to be a good wife despite Napoleon’s reputation. But lavish parties greet her in Paris, and at the extravagant French court, she finds many rivals for her husband’s affection, including Napoleon’s first wife, Joséphine, and his sister Pauline, the only woman as ambitious as the emperor himself. Beloved by some and infamous to many, Pauline is fiercely loyal to her brother. She is also convinced that Napoleon is destined to become the modern Pharaoh of Egypt. Indeed, her greatest hope is to rule alongside him as his queen—a brother-sister marriage just as the ancient Egyptian royals practiced. Determined to see this dream come to pass, Pauline embarks on a campaign to undermine the new empress and convince Napoleon to divorce Marie-Louise.

As Pauline’s insightful Haitian servant, Paul, watches these two women clash, he is torn between his love for Pauline and his sympathy for Marie-Louise. But there are greater concerns than Pauline’s jealousy plaguing the court of France. While Napoleon becomes increasingly desperate for an heir, the empire’s peace looks increasingly unstable. When war once again sweeps the continent and bloodshed threatens Marie-Louise’s family in Austria, the second Empress is forced to make choices that will determine her place in history—and change the course of her life.

Based on primary resources from the time, The Second Empress takes readers back to Napoleon’s empire, where royals and servants alike live at the whim of one man, and two women vie to change their destinies. (Description via Amazon)

3.  The Sister Queens by Sophie Perinot (my review) 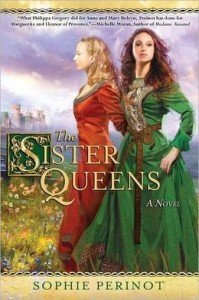 Like most sisters, Marguerite and Eleanor were rivals. They were also queens.

Raised at the court of their father, Raymond Berenger, Count of Provence, Marguerite and Eleanor are separated by royal marriages–but never truly parted.

Patient, perfect, and used to being first, Marguerite becomes Queen of France. But Louis IX is a religious zealot who denies himself the love and companionship his wife craves. Can she borrow enough of her sister’s boldness to grasp her chance for happiness in a forbidden love?

Passionate, strong-willed, and stubborn, Eleanor becomes Queen of England. Henry III is a good man, but not a good king. Can Eleanor stop competing with her sister and value what she has, or will she let it slip away?

The Sister Queens is historical fiction at its most compelling, and is an unforgettable first novel. (Description via Amazon)

4.  Illuminations by Mary Sharratt (my review)

A triumphant portrait of a resilient and courageous woman and the life she might have lived . . . 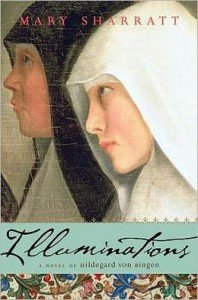 Offered to the Church at the age of eight, Hildegard was entombed in a small room where she was expected to live out her days in silent submission as the handmaiden of a renowned but disturbed young nun, Jutta von Sponheim. Instead, Hildegard rejected Jutta’s masochistic piety and found comfort and grace in studying books, growing herbs, and rejoicing in her own secret visions of the divine. When Jutta died some thirty years later, Hildegard broke out of her prison with the heavenly calling to speak and write about her visions and to liberate her sisters and herself from the soul-destroying anchorage. Riveting and utterly unforgettable, Illuminations is a deeply moving portrayal of a woman willing to risk everything for what she believed. (Description via Amazon)

Once again here are the books:

Feel free to put your name in for all of the books or specify which you’d like to enter for if you have a preference.  I will draw for the winners on December 18/12.  You don’t have to post this giveaway on Twitter or Facebook for extra entries but it would sure be nice if you would anyway!  Good luck!