NOTE: I have had some problems with comments so please ensure that you see yours.  I think they are working fine now but just be sure yours is there.  Thanks!

The Next Time You See Me by Holly Goddard Jones released on February 12 and I expect this novel will be a favorite among readers.  I’m anxious to read this one as I’m always attracted to books taking place in small southern towns that deal with the complexities of those living in it.  So take a look at what it’s about and be sure to enter the giveaway for a chance to win a copy for yourself! 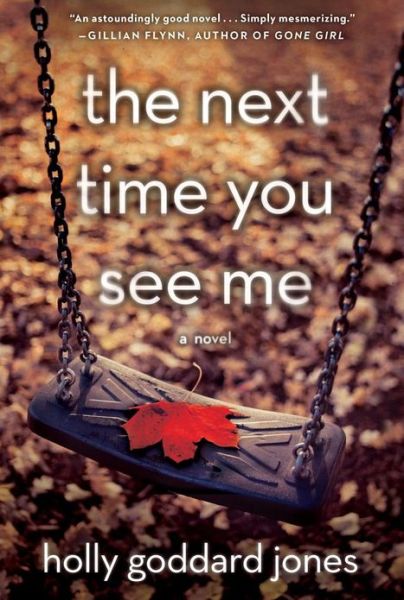 About The Next Time You See Me

Thirteen-year-old Emily Houchens doesn’t quite fit in. She is more at home playing make-believe in the woods near her house in Roma, Kentucky, than with her classmates. When she happens upon a dead body hidden in the woods one day, she decides not to tell anyone about her discovery—a choice that begins to haunt her. Susanna Mitchell has always been responsible. She keeps a neat house, a respectable job, and is a dutiful wife and mother. But when her hard-drinking unpredictable sister Ronnie goes missing, Susanna starts to question the value of her quiet life.

Connected in ways they cannot begin to imagine, Emily and Susanna’s stories converge with others like Tony Joyce, the failed baseball prodigy now detective in the town he tried so hard to get away from; and Wyatt Powell, a 55-year-old factory worker living alone with his dog Boss, tortured by a past he can’t change and a love he doesn’t think he deserves resulting in a violent climax that reveals not just the mystery of what happened to Ronnie but all of their secret selves.

Holly Goddard Jones has been chosen as this years’ recipient of the Hillsdale Prize for Excellence in Fiction awarded by the Fellowship of Southern Writers. She is also the author of the critically acclaimed short story collection Girl Trouble. Her work has appeared in Best American Mystery Stories, New Stories from the South, Tin House, and elsewhere, and she was a 2007 recipient of a Rona Jaffe Foundation Writers’ Award. She teaches in the creative writing program at UNC Greensboro and lives in Greensboro with her husband, Brandon, and two rowdy dogs.

I have 2 copies of The Next Time You See Me by Holly Goddard Jones to share with my readers.  To enter…

This giveaway is open to US and Canadian residents only (no PO boxes) and I’ll draw for the winners on Saturday, March 2/13.  Good luck!