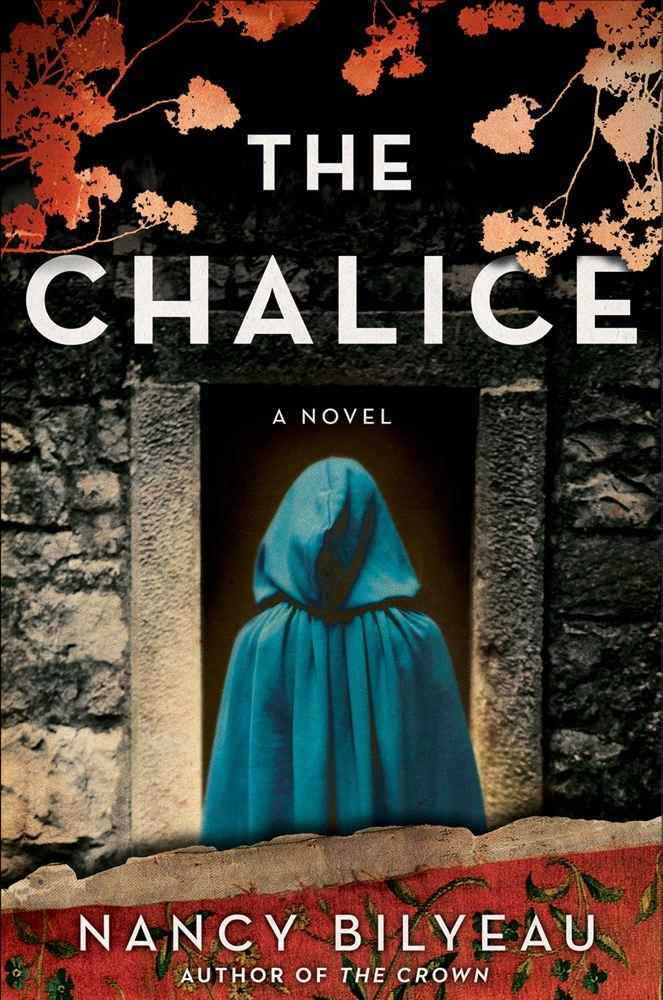 The Chalice by Nancy Bilyeau is the sequel to her debut novel The Crown (my review) and it held me enthralled just as the first novel did.  As anyone who reads my blog knows I love any novels to do with the Tudor era as it’s my favorite but it’s more than that with Nancy Bilyeau’s books.  She brings the world of the 1500’s to life and blends fact with fiction in the most fascinating way that holds a reader’s interest page after page.  While this book is a sequel it can be easily read on its own but reading The Crown first gives you a lot of the history of the characters that I think just adds even more to the enjoyment of The Chalice.  In The Chalice we are once against thrust into the world of King Henry VIII and the destruction of the priories and monasteries and the plot thickens as prophecies come to light and there are conspiracies against the King at every turn – it is all very exciting!

In The Chalice we once again meet Joanna Stafford, a novice in the church; only now the priories have been destroyed. As a young girl Joanna had been told she was a key element in a prophecy.  She would be the one to ensure that the prophecy was carried out but to do so she would have to meet three seers at some point to direct her on the next part of her journey.  Despite Joanna wanting nothing to do with this prophecy or her destiny in it she ends up caught up in the turmoil.  There is a plot underfoot with plans to kill King Henry VIII and it appears that she may be the only one to put a stop to it.  Embroiled in all of this is her desire to only live a quiet life with Brother Edmund but she doesn’t seem to be destined to have this no matter how much she wants it.  In order to protect those she loves she leaves on a journey to fulfill this third and final part of the prophecy which leads her through many dangers and in the end of it all it seems that the fate of the King lays solely in her hands.

I think one of the biggest strengths of The Chalice and The Crown is its main character Joanna Stafford.  She is strong and determined and very likeable.  She is one of those characters that you find yourself attaching to very quickly.  It’s nice to read a historical fiction novel that portrays a strong woman who is intelligent and uses that intelligence to do what she feels is right.  Joanna is a very real character who has a very strong faith and at the same time feels love for a man.  It makes her so vulnerable to the reader and it brings you closer to her.  Although Joanna rates as one of my favorite characters ever all the characters in the novel are well fleshed out even if they play a small part.  Sometimes in historical fiction you can get overloaded with characters and just end up confused so that’s another thing that impresses me with Bilyeau’s writing.  She brings in the characters needed for her story and doesn’t overwhelm it with a whole host of names that you really didn’t need.

As I said with her first novel Nancy Bilyeau is the kind of historical fiction writer that brings me back again and again to these ancient worlds.  Her novel is well researched, rich in historical detail, and yet she can bring it to her reader in such a way that captivates and draws them into the story without ever boring or overwhelming them.  For me that is the sign of a truly talented writer and I can only hope to see more from Nancy Bilyeau in the future because I will be one of the first in line to read anything she writes.  For historical fiction lovers I consider The Chalice, and once again I must mention The Crown as must reads!  I loved it!

The Chalice by Nancy Bilyeau is touring with Historical Fiction Virtual Book Tours so be sure to check out the other tour stops for more reviews, interviews, guest posts, and giveaways.  You can learn more about Nancy on her website as well as connecting with her on Facebook and Twitter.  You can purchase your own copy of The Chalice on Amazon or Amazon Canada.

I have one copy of The Chalice by Nancy Bilyeau to share with my readers.  To enter…

This giveaway is open to US residents only (no PO boxes) and I will draw for the winner on Saturday, March 23/13.  Good luck!

Source: Review copy provided by Historical Fiction Virtual Book Tours and the Publisher.  No compensation was received and all opinions are my own.