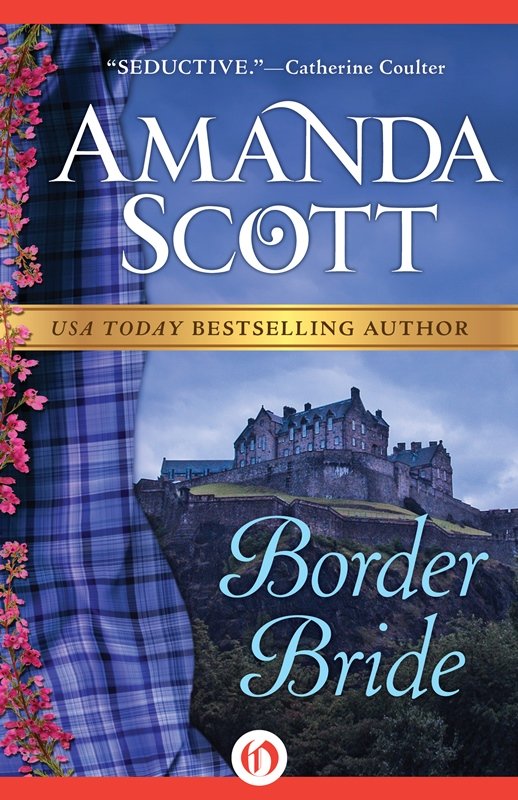 Border Bride by Amanda Scott is the second of her books that I’ve read and enjoyed. Historical romances are a nice getaway and I’m so glad that I started reading them again. Border Bride started out a bit slow for me but shortly after I became involved with the characters and while I had a couple of issues with the story overall it was a good read for me.  Border Bride is set in sixteenth century Scotland and is the first of Amanda Scott’s Border Trilogy and it features a young and inexperienced lass forced into a marriage she doesn’t want while on the sidelines there is the story of Mary, Queen of Scots being held prisoner in the Tower of London by her cousin Queen Elizabeth I.

Mary Kate MacPherson, a Highland lass, has not had a lot of freedom and certainly has no experience with men.  Finally spending some time with relatives Mary Kate attends a few dances and the excitement of it all causes her to not think about things before acting and she flirts with a few of the men there.  Now that may have been fine but she also flirts with a knight, Sir Adam Douglas and he takes flirting as a solid invitation for more.  When he attempts to collect on that supposed invitation he ends up getting clobbered on the head with a pole.  Time goes by and really Mary Kate hasn’t given Adam much of a thought – that is until she comes home to find out her father has agreed to a marriage proposal for her made by none other than Sir Adam Douglas.

Of course this is a historical romance so it isn’t long before Mary Kate clues in to the fact that she likes Adam more than she would care to admit and it seems as though he’s quite happy with his high-spirited lass as well.  The only stumbling block is their continuous squabbles that more often than not Mary Kate doesn’t win despite being insistent on not being ruled by Adam. Now this is where my issue with the story came in – women back in this time period were essentially the property of first their fathers and then their husbands.  This included the right to do what they wanted with them and the women knowing from an early age that they had no choice but to submit to this will.  There were some things however that Adam did that really rubbed me the wrong way and many of the reactions of Mary Kate when she stood up to Adam and then ended giving in to him rubbed me the wrong way as well.  Again though I have to stress that this was normal behavior for that time period and that’s something you have to accept when you read any kind of historical book but when it’s more continuous in a book then it tends to bother me much more.

Overall, other than the domineering behaviour of one the main characters I did enjoy the storyline but I do think this book would have been so much better with that side of it toned down.  Having read another of Scott’s books earlier in the week, Highland Fling, which I really enjoyed I wouldn’t hesitate to read more of her books.  I enjoy Amanda Scott’s storytelling and will most certainly pick another of her books when I need a historical romance fix.

Border Bride by Amanda Scott is on tour with Historical Fiction Virtual Book Tours along with two more of her novels, Highland Fling and Dangerous Illusions so be sure to pop in and visit the other tour stops.  You can learn more about Amanda Scott on her website and your own copy of Border Bride can be purchased at Amazon or Amazon Canada. 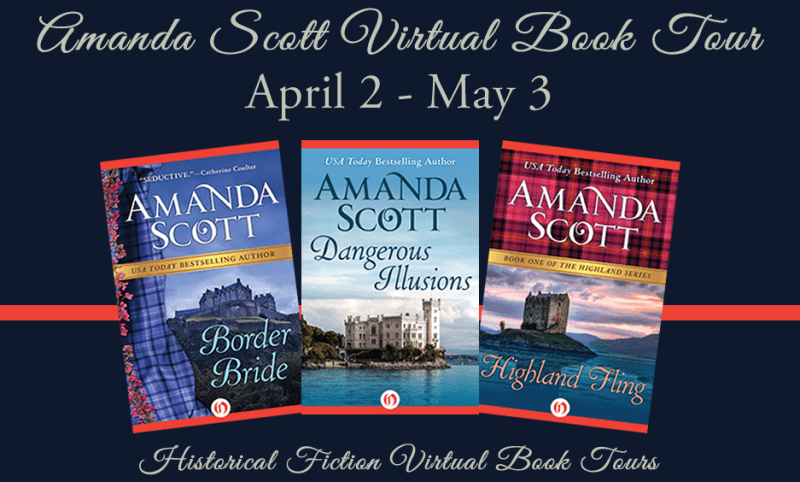 Source:  Review copy provided by Historical Fiction Virtual Book Tours and Open Road Media via NetGalley.  No compensation was received and all opinions are my own.