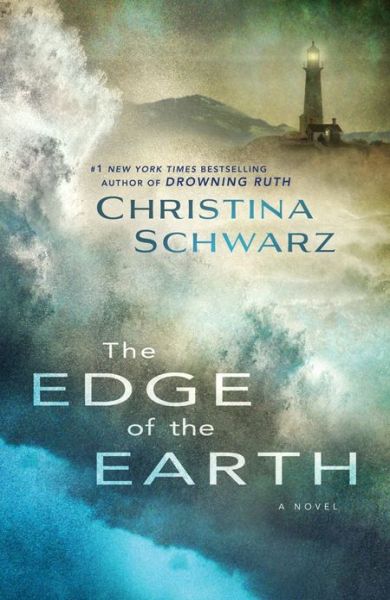 Today I’m pleased to welcome Christina Schwarz, author of The Edge of the Earth to the blog!  Christina is the author of the bestselling Drowning Ruth that had been an Oprah Book Club Pick.  Her newest novel The Edge of the Earth was released on April 2 and I’m actually just listening to it and it is a fantastic tale that I’m really enjoying.  I have always had a fascination with lighthouses and what life must be like living within such isolation so I was automatically drawn to this novel both by its cover and description.  I’m more than half way through listening to it now and it’s difficult to stop as I really want to know what life is going to bring the main character.  You can see my review next Wednesday but in the meantime I’ve got Christina here with a lovely guest post for you all to enjoy and be sure to enter for your chance to win a copy at the end of the post!

The Edge of the Earth feels to me like a return to Drowning Ruth in that it’s set in the past and has a somewhat Gothic feel. Immediately after Drowning Ruth, I felt I’d exhausted my store of words and my supply of the type of scenes that would convey that atmosphere of the past. I had to write a comedy and then a contemporary relationship novel, in part simply to refresh myself. But over those years, the well that contains my excitement in the past and my attraction to people who harbor dark secrets there refilled.

When I’m in the process of choosing the subject for a novel, my first consideration is to find an idea that will sustain me for the two years or more that I know it’ll take me to write a book. I have to feel that the dream I’m entering is so fascinating and full of surprising possibilities that I won’t get tired of thinking about it. For me, the past easily provides that sort endless interest, because you can never know for sure what happened or why.

I picked the end of the nineteenth century specifically, because I wanted a time when the lighthouse at which most of the book is set would be particularly isolated, when the only contact with the outside world would have to come from the sea, and when my characters would have to wait many months even for a letter. I also wanted the freedom of a time when a person without an extremely specialized education could be convinced that he might make a great scientific discovery just by observing and thinking about the world around him. I lucked out in that this also turned out to be a time in which women were beginning to think that perhaps they need not be entirely dependent on men. In fact, that they might require something other than a husband and children to fulfill themselves. This is the period in which Kate Chopin wrote The Awakening and Charlotte Perkins Gilman wrote The Yellow Wallpaper, stories that, like mine, explore what happens when a woman feels powerfully that she can’t fit into the form society prescribed by society. Certainly society’s bounds have changed since the end of the nineteenth century, but the notion of having to buck expectations to remain true to oneself is timeless.

About The Edge of the Earth (from Simon & Schuster)

In 1898, a woman forsakes the comfort of home and family for a love that takes her to a remote lighthouse on the wild coast of California. What she finds at the edge of the earth, hidden between the sea and the fog, will change her life irrevocably.

Trudy, who can argue Kant over dinner and play a respectable portion of Mozart’s Serenade in G major, has been raised to marry her childhood friend and assume a life of bourgeois comfort in Milwaukee. She knows she should be pleased, but she’s restless instead, yearning for something she lacks even the vocabulary to articulate. When she falls in love with enigmatic and ambitious Oskar, she believes she’s found her escape from the banality of her preordained life.

But escape turns out to be more fraught than Trudy had imagined. Alienated from family and friends, the couple moves across the country to take a job at a lighthouse at Point Lucia, California—an unnervingly isolated outcropping, trapped between the ocean and hundreds of miles of inaccessible wilderness. There they meet the light station’s only inhabitants—the formidable and guarded Crawleys. In this unfamiliar place, Trudy will find that nothing is as she might have predicted, especially after she discovers what hides among the rocks.

Gorgeously detailed, swiftly paced, and anchored in the dramatic geography of the remote and eternally mesmerizing Big Sur, The Edge of the Earth is a magical story of secrets and self-transformation, ruses and rebirths. Christina Schwarz, celebrated for her rich evocation of place and vivid, unpredictable characters, has spun another haunting and unforgettable tale.

About Christina Schwarz (from Simon & Schuster)

I have one copy of The Edge of the Earth by Christina Schwarz to share with my US readers.  To enter…

This giveaway is open to US residents only (no PO boxes) and I will draw for the winner on Saturday, April 27/13.  Good luck!