In both April and May I will be spotlighting Sherryl Woods new Ocean Breeze trilogy starting off today with Sand Castle Bay!  Sherryl Woods has been a longtime favorite of many readers including my mom and me.  I haven’t read as many of hers as my mom but I have enjoyed a few so I’m always happy to help support her delightful books.  The trilogy includes today’s spotlight Sand Castle Bay and then Wind Chime Point and Sea Glass Island.   The Ocean Breeze trilogy is set in the South and there we will meet the three Castle sisters – Emily, Gabriella, and Samantha.  Each book focuses on one sister who is facing new challenges in her life.  It sounds to me like this trilogy will be the perfect books to take to the beach or just to relax outside in the sun with.  I’ll leave you with some information on the book and then be sure to check out the giveaway at the end of the post for your chance to win a copy for yourself! 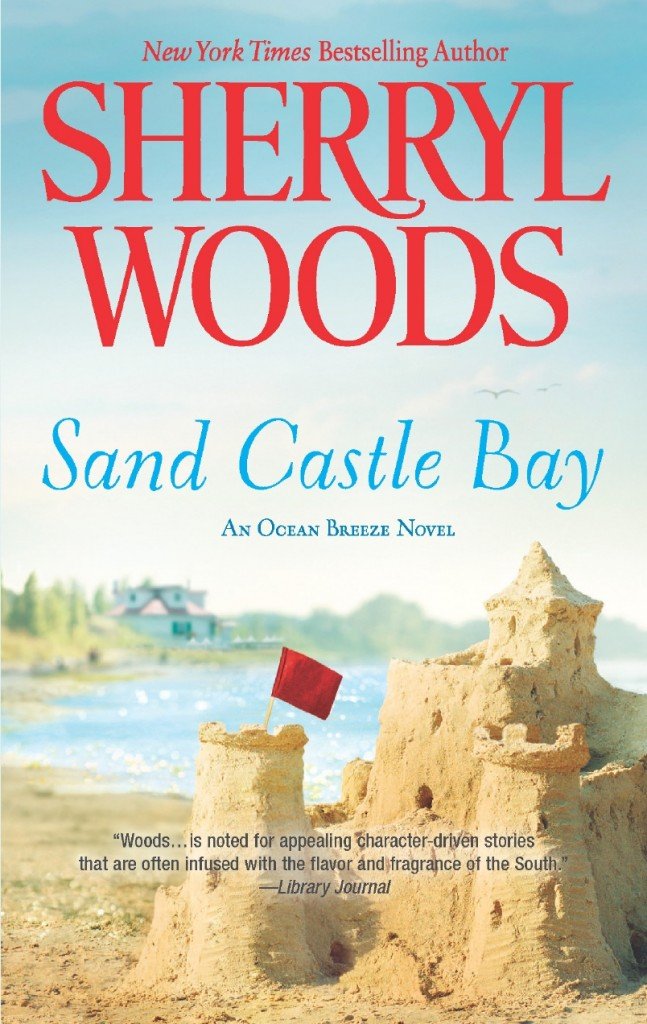 In a trade-off she’s lived to regret, Emily Castle left home years ago to become an interior designer. The youngest of three sisters, Emily desperately wanted to prove herself. Success, though, came at the cost of leaving behind the man she loved.

For Boone Dorsett, losing Emily left his heart shattered, but another woman was waiting in the wings. Now a widower with a young son, Boone has a second chance with Emily when a storm brings her home. But with his former in-laws threatening a custody suit, the stakes of loving her are higher than ever.

Will fate once again separate them—or is the time finally right for these two star-crossed lovers?

I have 2 copies of Sand Castle Bay by Sherryl Woods to share with my readers.  To enter…

This giveaway is open to US and Canadian residents (no PO boxes) and I will draw for the winners on Saturday, April 20/13.  Good luck!