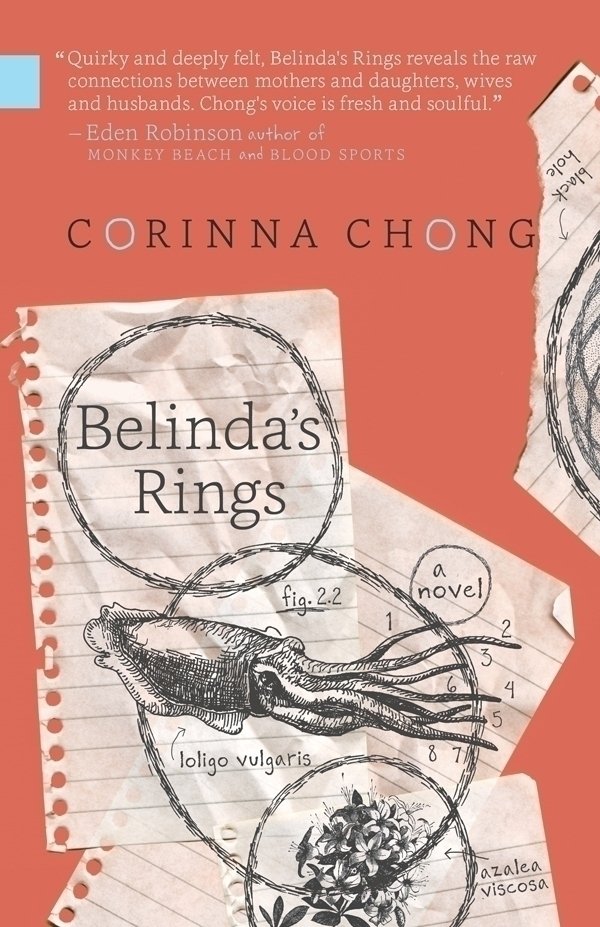 I’m pleased to welcome Corinna Chong, author of Belinda’s Rings to the blog today.  Belinda’s Rings is a coming of age story and I just adore those and simply can’t wait to read this one.  Corinna is joining us with a wonderful guest post on motherhood and her novel and just in time for Mother’s Day too! Enjoy…

My first novel, Belinda’s Rings, begins with a mishap involving a crowded supermarket, a rambunctious toddler named Squid, and a dirty diaper. It opens: “Squid’s got three mothers who can’t spank him.” As you might guess, ‘the joys of motherhood’ represents one of the major themes of my novel.

However, the mothers in this novel are far from conventional. This is the story of a precocious teenager named Grace who must struggle to keep her family together when her mother, Belinda, flies off on a trip to study crop circles in the English countryside. As the much older siblings of their six-year-old brother (nicknamed Squid), Grace and her sister take on a heavy responsibility for his upbringing, toeing the line between the roles of sister and mother.

Grace is not (technically) a mother. Neither am I. But as I was writing this novel, I was interested in exploring the complexities of motherhood – how the meaning of ‘mother’ can transcend strict definitions of ‘child-bearer’ and reflect the emotional and psychological ties between a caregiver and a child. In this book, being a mother is about being tied to a child by an invisible string – one that can be unraveled and pulled, beyond the door of the home, out into the world, tangling itself in trees and telephone poles, stretching across oceans and over mountains. Delicate as silk, but unbreakable. While Belinda might be perceived on the surface as a villain when she effectively abandons her children to live out a frivolous fantasy, her journey in fact becomes as much about her family as it is about herself; indeed, the two cannot be easily separated. And for Grace, even while in the throes of adolescence, her unique bond with her brother becomes a vital part of her self- discovery. The ability, even inescapability, of seeing a child as an extension of oneself, is what truly defines both Grace and Belinda as mothers.

What fascinates me most, however, is the courage that mothers must summon to look across the expanse and see their children so far away, mere dots on the edge of the landscape. As Grace eventually comes to realize,

To a mother, there’s nothing more nerve-wracking than realizing that your kid is an entirely separate person. You don’t even know it, but for the longest time you think of that kid as a part of you, like an extra arm or leg. But really, there’s a space between you and him that you’ll never be able to reach through. A no-man’s land. And that means that no matter what you do, your kid’s life is out of your control.

For Grace as well as Belinda, recognizing this space makes her no less a complete person; rather, she becomes infinitely more complex. If there’s one thing I’ve learned about mothers in writing this novel, it’s that they cannot be reduced, even as they drift further away. Our mothers are like planets, a shade brighter than the stars; they orbit around us always, yet carry on as part of some other, unknowable galaxy.

Half-Asian teenager Grace (but she’d prefer it if you called her “Gray” instead) is dead set on becoming a marine biologist rather than being anything like her mother, Belinda. She’d leave that role to her sister Jess instead, who’s a supermom-in-the-making.

Belinda herself is somewhat obsessed as well, by crop circle books and imagery, and abruptly runs out on her family, flying across the Atlantic in order to study the real thing in the English countryside. Grace and her sister are left alone to take care of the house, their rapidly-deteriorating stepfather and their peculiar brother, Squid.

Belinda’s Rings links together the coming of age of a young biracial woman with the mid-life crisis of her mother. With warmth, kindness and a boisterous sense of humour Corinna Chong introduces us to two lovable and thoroughly original female protagonists: persnickety, precocious Grace, and her impractical, impulsive mother Belinda — very different women who nevertheless persistently circle back into each other’s hearts.

Read a Sample
Buy at: Amazon, Amazon Canada, and B&N 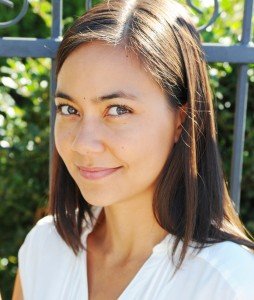 Calgary-born Corinna Chong is a writer, editor, and graphic designer based out of Kelowna, B.C. Her writing has appeared in Grain, NoD, Echolocation and The Malahat Review. She currently teaches English Literature at Okanagan College and edits Ryga: A Journal of Provocations.

Stay up to date with Corinna Chong at her website, www.corinnachong.com, and on Facebook. All things NeWest can be found at www.newestpress.com.

Note: The publisher of this Belinda’s Rings, NeWest Press, just had a first-time novelist from their small publishing house win a major literary prize, the Leacock Memorial Medal for Humour (for DANCE, GLADYS, DANCE). Check out the story here.

I have one copy of Belinda’s Rings by Corinna Chong to share with my readers.  To enter…

This giveaway is open to US and Canadian residents (no PO boxes) and I will draw for the winner on Saturday, May 25/13.  Good luck!