Please help me in welcoming M.J. Rose, author of Seduction to the blog today!  I reviewed Seduction yesterday (my review) and loved it!  This novel has all the elements I love with ghosts, mythology, and a suspenseful storyline that will give you the shivers.  I hope you’ll enjoy the excerpt from Seduction that M.J. Rose is sharing with us today… 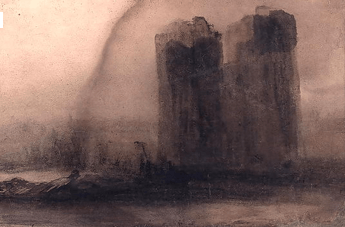 “The power of a glance has been so much abused in love stories, that it has come to be disbelieved in. Few people dare now to say that two beings have fallen in love because they have looked at each other. Yet it is in this way that love begins, and in this way only.”
― Victor Hugo, Les Misérables

Theo wasn’t handsome as much as striking. Tall and skinny. His sun-streaked hair was pulled back off his face in a ponytail that exaggerated his already prominent cheekbones and broad forehead. The eyes that were unabashedly examining her were a pale blue, watered down as if tears had drained them of most of their color. He had a haunted expression on his face.

Jac had felt as if he was a magnet and she was a heap of helpless slivers of iron. She’d never before met someone she was drawn to so swiftly, and her response surprised her. 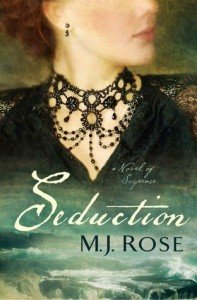 From the author of The Book of Lost Fragrances comes a haunting novel about a grieving woman who discovers the lost journal of novelist Victor Hugo, awakening a mystery that spans centuries.

In 1843, novelist Victor Hugo’s beloved nineteen-year-old daughter drowned. Ten years later, Hugo began participating in hundreds of séances to reestablish contact with her. In the process, he claimed to have communed with the likes of Plato, Galileo, Shakespeare, Dante, Jesus—and even the Devil himself. Hugo’s transcriptions of these conversations have all been published. Or so it was believed.

Recovering from her own losses, mythologist Jac L’Etoile arrives on the Isle of Jersey—where Hugo conducted the séances—hoping to uncover a secret about the island’s Celtic roots. But the man who’s invited her there, a troubled soul named Theo Gaspard, has hopes she’ll help him discover something quite different—Hugo’s lost conversations with someone called the Shadow of the Sepulcher.

What follows is an intricately plotted and atmospheric tale of suspense with a spellbinding ghost story at its heart, by one of America’s most gifted and imaginative novelists. 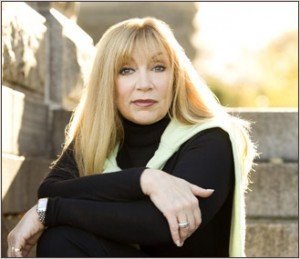 M.J. Rose is the international best selling author of eleven novels and two non-fiction books on marketing. Her fiction and non-fiction has appeared in many magazines and reviews including Oprah Magazine. She has been featured in the New York Times, Newsweek, Time, USA Today and on the Today Show, and NPR radio. Rose graduated from Syracuse University, spent the ’80s in advertising, has a commercial in the Museum of Modern Art in NYC and since 2005 has run the first marketing company for authors – Authorbuzz.com. The television series PAST LIFE, was based on Rose’s novels in the Renincarnationist series. She is one of the founding board members of International Thriller Writers and runs the blog- Buzz, Balls & Hype. She is also the co-founder of Peroozal.com and BookTrib.com.

Rose lives in CT with her husband the musician and composer, Doug Scofield, and their very spoiled and often photographed dog, Winka.