Sea Glass Island is the third and final installment in Sherryl Woods Ocean Breeze Series.  As I’ve been doing the spotlights on these books over the last month or so I’ve been wanting to delve into them myself and I noticed there are audio versions so I may be splurging on those yet.  I love the cover on this one!  It really speaks of summertime and a walk on the beach.  Today I’ll give you some information on the book and of course there is a giveaway at the end of the post so be sure to enter for your chance to win one of two copies up for grabs. 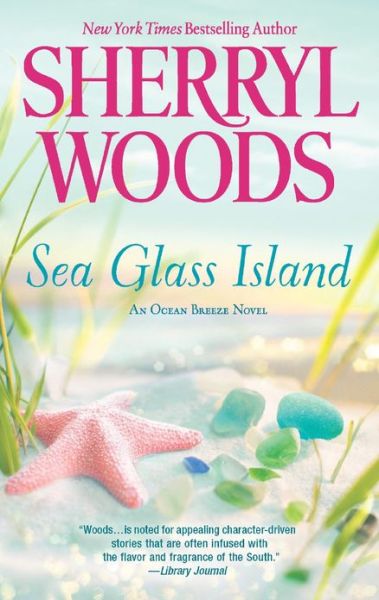 With her two younger sisters heading for the altar, will Samantha Castle exchange old dreams for new ones? Lately she’d rather be on the North Carolina coast with family than in New York with agents and actors. Though she vows not to let her teenage crush on Ethan Cole influence her decision, it’s hard to ignore her feelings for the local war hero.

Ethan lost more than his leg in Afghanistan. He lost his belief in love. Even being surrounded by couples intent on capturing happily-ever-after won’t open this jaded doctor’s heart. It’s going to take a sexy, determined woman—one who won’t take no for an answer.

I have 2 copies of Sea Glass Island by Sherryl Woods to share with my readers. To enter…

This giveaway is open to US and Canadian residents (no PO boxes) and I will draw for the winners on June 14/13.  Good luck!