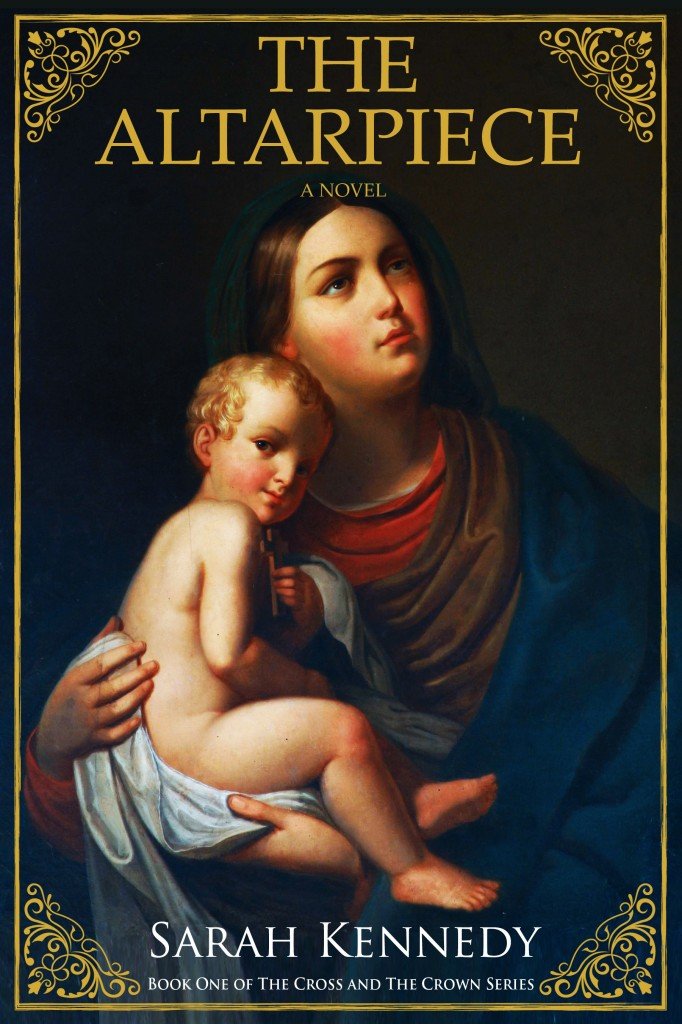 The Altarpiece by Sarah Kennedy is the first in The Cross and The Crown Series and what a fantastic start!  I love reading any novels that take place during the reign of King Henry VIII so of course I was excited to read this one. In this novel we journey to the time when King Henry VIII was a force upon himself declaring war on all  religious houses due to his break from Rome.  It was a horrific time when religious houses were being subjected to utter destruction and valuable pieces were being taken from them.  In The Altarpiece we see how this destruction affected the nuns at the Priory of Mount Grace.

As the novel opens we meet a young nun named Catherine Havens.  Catherine was adopted by the prioress when she was left abandoned as a baby and brought up at Mount Grace.  As a child Catherine had hoped to serve at Catherine of Aragon’s court but that was all but impossible when King Henry decided to divorce her and send her away.  So Catherine takes the vows and becomes a nun which in some ways works for her as she is a natural healer and this life has given her the opportunity to use her gifts and even be recognized for them.  However with King Henry on a rampage this now has become more of a curse than a blessing as anyone using herbs and such to heal is now considered a witch and can be put to death.

It isn’t long before the soldiers arrive at Mount Grace and when Catherine and another nun Ann find the altarpiece missing Catherine is sure that one of the king’s men must have taken it. Bent on taking the priory whether with cooperation or without the soldiers wreak havoc not caring what they ruin or who they hurt in the process.  Just as disturbing though are the long kept secrets that Catherine is just now uncovering and these have the power to change her future forever.

The Altarpiece is a great historical read.  Of course I knew of the priories and monasteries being taken by force by King Henry’s men but I’ve never read anything that focused on any one house so I found this very interesting.  The author very vividly takes you back to this time period and you can practically feel the brutality and hopelessness of the situation being portrayed.  For certain I will be anxiously awaiting the next novel in The Cross and The Crown Series called The City of Ladies!

Be sure to pop by tomorrow as Sarah will be joining us here on the blog with a guest post and a giveaway of her novel, which if you’re a lover of historical fiction as I am you will definitely want to check it out!

Source:  Review copy provided by Knox Robinson Publishing.  No compensation was received and all opinions are my own.