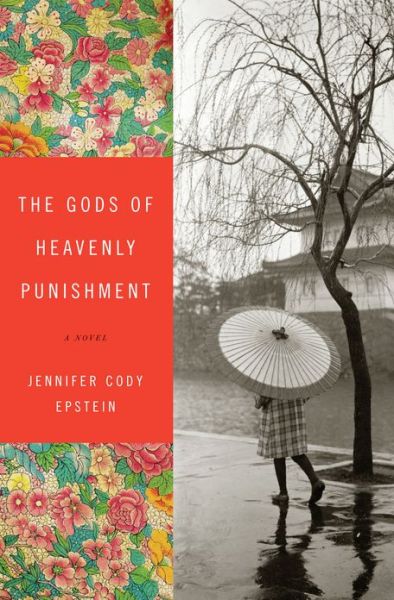 The Gods of Heavenly Punishment by Jennifer Cody Epstein is a novel that tells of the 1945 firebombing on Tokyo and takes us on a journey into the lives of those who experienced both the ‘before’ and ‘after’ of this devastating act of war.  While the tale she tells is fictional, the basis for it is not and this story will haunt you long after you turn the final page.

When we first meet Yoshi Kobayashi she is a little girl who still believes that life has only the best to offer.  At a dinner party her parents are at she meets Billy although at her young age she has no idea what an impact he will later have on her life.  When the bombings occur Yoshi’s innocence is forever lost.  Billy wants only to take pictures.  With his first camera he discovered a love of photography that would remain with him throughout his life.  However in the time during WWII young men didn’t have the chance to follow their dreams; they had to go to war instead.  Around them are their parents dealing with marriage, infidelities, and the effects of war.  We also meet Cam and Lacy, a young couple in love but both are deeply affected by the war when Cam leaves to fight in it as a bomber pilot.

The intriguing part of this novel is how all these people’s lives intersect in some way even though it seems unlikely that they should.  I wouldn’t say I so much connected with the characters in this book but I felt for them and in that there was a connection.  The tragedies of war and the lives lost is devastating and the author truly brings this horror to life for the reader.  While I have read of the bombing of Tokyo I’ve never experienced the harsh realities of it quite as much as I did with this novel.  The author takes you through the streets and you can almost smell the charred remains of buildings and see the injured and dying people.

The Gods of Heavenly Punishment is a powerful novel.  While it is a story of war and its effects on people it is also a story of hope and resilience.  This novel was meticulously researched and it shows.  I also really liked the photos she included at the beginning of each chapter that were of real people during the war.  I read Jennifer Cody Epstein’s first novel The Painter of Shanghai years ago and she impressed me then and did once again with The Gods of Heavenly Punishment.  I will once again be anxiously awaiting her next book!

I have one copy of The Gods of Heavenly Punishment by Jennifer Cody Epstein to share with my readers.  To enter…

This giveaway is open to US and Canadian residents (no PO boxes) and I will draw for the winner on May 29/13.  Good luck!